Following The Tyee's publication on Oct. 21 of an article about the contents of internal health ministry emails, a lawyer acting for the ministry sent The Tyee a letter demanding we publish no further personal details from those messages. 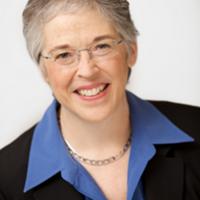 In consultation with our lawyer, we've chosen not to comply. We've taken this position for a number of reasons, including our view that the provisions of the legislation relied on by the ministry's lawyer are either inapplicable to our circumstances here, or if they do apply, they are unconstitutional and contrary to the press freedoms guaranteed under the Charter.

"Personal information" in the emails would include any discussion of the employment history of an employee or "information relating to workplace situations that is evaluative in nature, including allegations about an employee," wrote Ministry of Justice lawyer John Tuck in an Oct. 24 letter, published in full below, on behalf of the health ministry.

"This letter is not intended to stifle or limit public debate about the general issue referred to in the Article," wrote Tuck. "However, the [Freedom of Information and Protection of Privacy Act] obliges the Ministry to take steps to contain this privacy breach so as to prevent harm to the individuals whose personal information is at issue."

The letter cited sections of the FOIPPA that require a public body to take steps to contain a breach when it becomes aware of an unauthorized disclosure of personal information within its custody or under its control.

The Tyee has 20 days to respond formally to Tuck's letter, which we will do.

The government's letter feels to us at The Tyee like an attempt to intimidate and muzzle us from further reporting on an important topic for British Columbia. We believe the public interest is better served by us treating the information in the emails carefully and reporting on it responsibly, than it would be by complying with the government's attempt at censorship.

The government's actions on this file led to seven firings, a freeze on some drug research contracts, five lawsuits, a union grievance, several investigations and possibly a suicide. From the start there have been many unanswered questions and the government's attempt to stop us from shining a light on what happened won't help.

The emails reveal that government investigators uncovered what they believed to be serious problems with contracts, conflicts of interest and data management, but that disciplinary action including firings focused on lower-level employees, not the senior managers who were aware of the various concerning situations and in some cases approved them.

We feel compelled to share with the public relevant information that is clearly, in our view, in the public interest.