Whether it's melting ice sheets, global recession or industrial farming, we live in a culture profoundly distrustful of the status quo, and yet deeply uncertain about the future. So for the past five months, I've been on a quest to answer the big question of my millennial generation: Are we screwed? My conversations with influencers across North America led me to suspect that no, we're not yet totally screwed, so long as the trends I described in this Tyee column not only persist, but accelerate. 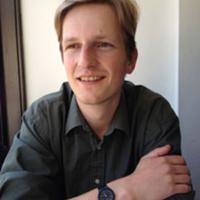 So What Do You Think, Is My Generation Screwed?

In that column I also invited you, dear Tyee reader, to share your own thoughts about the future that millennials such as myself will be inheriting. The responses were overwhelming. Boomers and millennials alike (as well as one self-described "old fart") weighed in about our necessary journey to a more just and equitable society. Among the comments posted below my column, as well as in the feedback I received directly, I detected a strain of cautious optimism about my generation's prospects.

Where your opinions diverged most were on the exact nature of our challenges, the options available to overcome them and the resulting vision of the future such solutions may enable. I've posted some of the more provocative and incisive reader responses below (with minor edits for brevity and clarity). Whether they enlighten you, give you hope, provoke you -- whatever the case -- keep the dialogue going in the comments. And stay tuned to The Tyee for more Are We Screwed? dispatches.

On how millennials are ill-equipped to fix the planet:

"Your generation is about self-absorption, get over yourselves already. Quit producing junk that nobody really needs and get out of your 'comfort' mode. That means nature is not something you encounter wearing fancy clothing and using elaborate equipment, it means get your fingers dirty planting and weeding." -- bealive, commenter

On why it is in fact boomers who need to change:

"Your generation has already been screwed -- by mine. I have said this many times to young people, en masse and individually, that I am ashamed of my generation as a group. Most of us are the 'Me!' generation personified, make no mistake. We are totally obsessed with owning the most toys and managing our RRSPs. We invest in the Alberta tar sands and [could care less] about the environment." -- Charles Thirkill, commenter

On why name-calling never gets us anywhere:

"The inter-generational blame-game is a waste of energy. Calling us selfish or naive millennials isn't going to achieve much. I think a lot of young people are aware that the system is flawed. The problem is that many feel helpless to fix it. We can start by focusing on systemic inequalities in our democracy and economy, and working towards a green future for everybody -- not just for a certain sect of the population that can afford it." -- Sara Wylie, social change/communications strategist

On the new mindset needed for shrinking growth:

"From my perspective, the biggest shift for millennials in places like Canada will be adjusting to a world that's no longer experiencing an expanding human enterprise, but one that stalls and shrinks in the coming decades. This will be a tough psychological transition, but it will certainly have bright spots as well." -- Justin Ritchie, co-host, the Extraenvironmentalist

On why this means consuming less toys and gadgets:

"What I see missing in many places is the needed change in consumer behaviour that would force corporations and investors to respond. Instead (at least in the developing world), everyone who can is buying a car, buying more gadgets than necessary, living in bigger houses, flying more, etc. I don't think we're screwed, but I do think we're due for some heavy changes to the developed-world lifestyle." -- Matt Woods, director, Carbon Africa Limited

On who exactly the term 'millennials' refers to:

"Are you talking all Canadians of a particular age cohort? North Americans? Developed countries? Global citizens? Any elementary student will understand that a million people could hope for a lot more options than could a billion, and 10 billion would be hard pressed for any options beyond a rather miserable existence. What constitutes a better world? Which better worlds are still within our reach?" -- Alex Lautensach, assistant education professor, University of Northern British Columbia

On the long road ahead for positive social change:

"I don't think we're 'screwed,' end of story. Still, it's not obvious that millennials have turned a corner in terms of moving from identifying their dissatisfaction to acting positively and progressively to alter our trajectory. Millennials need to move from concerned to organized and determined, and fast, and we need to lose the 'us vs. them' mentality and work across generations to build a meaningful movement." -- Jonathan Sas, director of research, Broadbent Institute

On how energy must get decentralized in the process:

"Three month ago I traded in some of my RIFs for cash to pay for solar panels on my roof. This is the way to go for those who can afford it. But there is a considerable need by the governments of all levels to facilitate a greater level of energy sourcing from individual homes and business. The huge subsidies to the petrol/chemical industry should be stopped and converted into a 'Clean Energy' project." -- Chris Rose, 84-year-old B.C. retiree

On why big business, not demographics, holds us back:

"The opposition forces to going green are really about the current big money folks, such as BC Hydro, and the oil and coal industries. The people that happen to control those industries right now are primarily, but not exclusively, baby boomers. But the important aspect of those folks is not their age, but their way of generating wealth. I am convinced that you will find plenty of folks my age that want the world to change, but feel they do not have the financial clout to make it happen." -- Ed Dumas, music teacher, Maple Ridge Secondary School

On the real untapped power of millennials:

"I'm sorry, but it is overly simplistic to point fingers at the corporations, which, yes, truly are the bane of our social and ecological problems. But their actions are only the end symptom of a bigger problem: political apathy, of which young Canadians are champions. Analysis shows that if young citizens become active in the democratic process, it could change the political tide of the entire nation." -- Heathen Hausfrau, commenter

On how a powerful new political voice is emerging:

"Young people are figuring out how to game democratic institutions to make them more responsive to our priorities. Look at the Kitimat plebiscite, where first-time voters handed a surprise defeat to Enbridge's Northern Gateway tanker project. Or the young organizers who unseated Premier Christy Clark in the last B.C. election. From the outside, the Canadian political scene is about as exciting as a duck floating on a pond. But underneath, those little feet are churning like crazy." -- Kai Nagata, energy and democracy director, Dogwood Initiative

On why young, mobilized people are unstoppable:

"Young people are seeing the impacts of climate change and the fossil fuel economy on their own communities, whether it's Hurricane Sandy, tar sands in Alberta, fracking in Pennsylvania or drought across the Sahel. These climate impacts, and the young people dealing with them, are sleeping giants. Once educated and mobilized, young people who demand change are unstoppable." -- Phil Aroneanu, co-founder and U.S. managing director, 350.org