While Canada slashes budgets for research, education and public broadcasting, there is one part of our economy that enjoys remarkable support from the Canadian taxpayer: the energy sector. 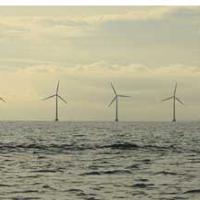 The International Monetary Fund estimates that energy subsidies in Canada top an incredible $34 billion each year in direct support to producers and uncollected tax on externalized costs.

These figures are found in the appendix of a major report released last year estimating global energy subsidies at almost $2 trillion. The report estimated that eliminating the subsidies would reduce global carbon emissions by 13 per cent. The stunning statistics specific to this country remain almost completely unreported in Canadian media.

Contacted by The Tyee, researchers from the IMF helpfully provided a detailed breakdown of Canadian subsidies provided to petroleum, natural gas and coal consumption. The lion's share of the $34 billion are uncollected taxes on the externalized costs of burning transportation fuels like gasoline and diesel -- about $19.4 billion in 2011. These externalized costs include impacts like traffic accidents, carbon emissions, air pollution and road congestion.

The report also referenced figures sourced from the OECD showing an additional $840 million in producer support to oil companies through a constellation of provincial and federal incentives to encourage fossil fuel extraction. This brought total petroleum subsidies in Canada in 2011 to $20.23 billion -- more than 20 times the annual budget of Environment Canada.

In comparison to other countries, Canada provides more subsidies to petroleum as a proportion of government revenue than any developed nation on Earth besides the United States and Luxembourg.

Natural gas consumption also enjoys billions in subsidies in Canada. The IMF estimates that un-priced carbon emissions from burning natural gas added up to $7.3 billion per year. There's another $440 million in producer support and $360 million in other un-taxed externalities, all of which tops $8.1 billion. This tax giveaway on natural gas alone is 44 per cent more than Canada provides in international aid every year.

What about coal? Canada consumes over 30 million tonnes per year. While we currently export over half our domestic production, the IMF study only considered externalized costs within our own country. They found that the coal industry receives $4.5 billion in annual subsides -- almost all of this is un-priced carbon and sulfur dioxide emissions. This generous largesse towards the dirtiest of fuels is about four times what the CBC receives in public support every year.

Or we could spend that on...

What could Canada do with an extra $34 billion a year? Both Vancouver and Toronto are struggling with how to fund long overdue upgrades to public transportation. Subway construction comes in at about $250 million per kilometre, meaning we could build about 140 kilometres of badly-needed urban subway lines every year. Light rail transport (LRT) is about one-quarter of the cost of subways, meaning for the same money we could build about 560 kilometres of at-grade transit infrastructure.

This foregone revenue in less than two years could fully fund the Big Move transit plan for southern Ontario, providing affordable access for 80 per cent of people living from Hamilton to Oshawa. Toronto's transit system has languished for decades. This sorely needed infrastructure would save the average household thousands in wasted time sitting in traffic, and Canada's economy billions in reduced congestion costs.

The proposed Vancouver subway line to the University of British Columbia could be built using less than two months of the subsidies provided every day to the energy sector. Forty kilometres of rapid transit in Surrey could be had for about the same amount.

What about green energy infrastructure? Adding solar and wind capacity provides some of the best job-generation per dollar of any option available -- more than seven times the employment from an equivalent investment in oil and gas extraction. Extrapolating the findings from a 2012 report on green jobs, $34 billion could create 500,000 person years of employment and install more than 150,000 megawatts of clean generating capacity. Canada currently ranks 12th in the G20 on green energy investment and has been steadily falling behind our competitors.

Canada's infrastructure deficit of crumbling roads and outdated water and sewage treatment is pegged at $171 billion. This backlog could be wiped out in five years with the revenue we are subsidizing to the energy sector.

Of course, not all things of value can be measured by bricks and mortar. Thirty-four billion dollars each year could provide $10-a-day childcare for 5.5 million children ages 0 to 5. Canada's child care costs are currently the highest in the OECD.

No free lunch in energy costs

For all the complaining Canadians do about fuel prices, it's ironic to note the IMF essentially says we are undervaluing the true cost of gasoline by about $0.30 per litre. Compared to other nations, Canada enjoys some of the cheapest gas in the developed world. Fuel in Italy and Germany is almost double our price at the pump. Ever think it's odd that bottled water at the gas station costs more than the fuel you just put in your tank?

Consider for a moment all the costs of finding and extracting crude oil, shipping it across the globe, refining it into gasoline and trucking it to your neighbourhood. Not to mention the billions spent by some countries projecting military power into volatile oil-producing parts of the world and the very human price of those interventions. Additional un-priced costs after petroleum is burned, such as climate change, traffic congestion, road accidents and air pollution make gasoline perhaps the most subsidized substance on Earth.

Every decision based on artificially low energy prices can have years of unintended consequences. If gas is cheap, people will choose to buy cars rather than take transit, clogging both our roads and emergency rooms. Transportation accidents alone cost Canada $3.7 billion each year. Every vehicle bought based on low fuel prices will produce years of carbon emissions, and every owner over the life of that vehicle will have an interest in voting for cheaper gas.

The opposite, of course, is also true. Less than half of Vancouverites in their early twenties today have chosen to get a driver's license, down from 60 per cent 10 years ago. Better public transit and more expensive car ownership seem to be the main factors driving this remarkable demographic shift.

The IMF can hardly be accused of being a left-leaning, alarmist organization. Through this valuable research, they make the case that there is no free lunch in energy costs, and we exclude these externalized costs at our peril.