"For in the true nature of things, if we rightly consider, every green tree is far more glorious than if it were made of gold and silver."  -- Martin Luther 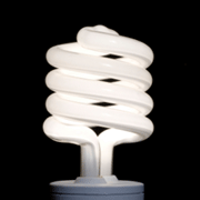 The City of Vancouver has done the right thing by banning landowners and developers from committing chainsaw massacres of healthy trees.

Putting a stop to chopping down trees just to improve the view or build "monster" homes is a victory for common sense.

But the loud defenders of "private property rights" are in full cry, chainsaws forced to idle when City Council unanimously passed amendments last week that now bring Vancouver into line with rules in most other municipalities in the region, including Surrey and Richmond.

Previously -- and amazingly considering Vancouver's propensity for green space and environmental activism -- homeowners could remove one healthy, mature tree with a trunk diameter over 20 centimeters [8 inches] per year for any reason.

Multiply that clear cutting frenzy by 18 years and Vancouver's tree canopy coverage dropped from 22 per cent in 1996 to just 18 per cent today.

Many of those trees were felled to build ridiculously large "monster homes" that also in many cases meant destroying heritage houses too.

How many mini-mansions built with appalling design and barely a tree to be seen are tolerable in Vancouver?

But those who still want to wield an axe to their alder, bulldoze their birch or mow down their maple are adamantly opposed.

"Stop nagging me -- I've planted more trees than I wish to remove from my private property but damn it, I don't want to have to beg permission to remove a tree in my yard but this council passed a motion unanimously yesterday which made it so," Good fumed.

And homeowner Karin Litzcke, who spoke against the change at a council hearing, matched Good's rhetoric.

"Basically people will be held in indentured servitude to large trees with no possibility of relief," Litzcke said on CKNW.

So Vancouverites are doomed to become slaves to their cedars? Good grief.

Good blasted council but saved special disdain for Non-Partisan Association councilors who voted in favour of the Vision Vancouver motion.

"George Affleck -- what were you thinking? I expect you to provide some push back, to at least speak for those of us who don't want dictated to a council consumed with making this the greenest city in the world, whatever that means," Good groused, while admitting he likes trees.

"Why can't the NPA get someone to oppose these meddlers? Do they really deserve to be so unopposed? Could someone run under the banner of: "You decide what life you want to live?" Good unhappily concluded.

But the reality is that homeowners can still remove diseased trees, those interfering with sewer, drainage pipes or utility wires and any too close to a house, causing damage to property or hazardous.

And the city says: "Special provisions will be made for tree removal in cases where the retention of an otherwise healthy tree would cause undue hardship."

Face the facts: we live in a city where what we do affects more than just our property -- it impacts our neighbours and our community.

There already exist many rules and regulations restricting what homeowners can and cannot do on their "private" property -- including not opening a pub, height restrictions, a requirement to shovel snow off your sidewalk, not play loud music late at night or allow barking dogs to disturb the peace and many more.

Unnecessarily chopping down trees is no different. This change -- and Vancouver's plan to put 150,000 new trees in the ground by 2020 -- is overdue.

As an ancient Chinese proverb rightly says: "The best time to plant a tree was 20 years ago. The next best time is now."