Who will protect Libyans now? One of the darkest and most shameful chapters in Western military intervention continues to play out in spades in Libya. The latest news comes from Benghazi where one of the (literally hundreds) of murderous militias opened fire on peaceful, white-flag-bearing protesters (protesting militias), killing at least 20 and wounding over 130. And they didn't use just small arms -- it was rocket propelled grenades, machine guns and even an anti-aircraft gun. It was, even for a horribly violent context, a disgusting slaughter of innocents. 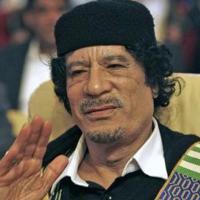 But we hear nothing from the international choir, led here by Lloyd Axworthy, which sang the "responsibility to protect" (R2P) hymn at the top of their lungs two years ago. The R2P, established by the UN in 2005, has lofty principles but in practice has been used as an excuse for any brutal assault on sovereign nations that serves the capitalist interests of the first world. Responsibility to protect states that sovereignty is not a right, but rests on the responsibility of governments to protect their populations. It is triggered by evidence of any one of four "mass atrocity" crimes: war crimes, genocide, crimes against humanity and ethnic cleansing.

None of these, of course, prevailed at the time of the Security Council's vote in favour of establishing a "no fly" zone to protect civilians from Gadhafi's fighter jets. But China and Russia abstained because of Western promises of going no further. That, of course, was a Big Lie as the real purpose soon revealed itself and regime change became the end game. When the country could have managed a ceasefire, NATO and Canada declared that could only happen if Gadhafi was gone in complete violation of Resolution 1973. And Canada happened to choose this particular conflict to invest heavily in -- both morally and in material support. Stephen Harper made a huge show of our bombing efforts (over 1000 sorties) and boasted that Canada was "punching above its weight."

What is so infuriating in the history of this hideous "mission" is the complete lack of remorse or shame at what has been "accomplished." Just like Iraq and Afghanistan, there are no regrets: Imperialism -- especially "humanitarian imperialism" -- will never admit to its crimes. But it can't deny the facts, and for citizens attracted to the notion of "responsibility to protect," the facts are important so that the next time this convenient principle is trotted out there will be more skepticism.

The key facts? There was no "mass rape" ordered by Gadhafi, a claim repeated many times by Hillary Clinton (and eventually refuted by Amnesty International, the UN and even the U.S. Army). There was no bombing of protesters (a fact admitted to by the CIA's Robert Gates). There was no plan for a "massacre" in Benghazi. Gadhafi offered amnesty to any insurgents who laid down their arms -- in contrast the "no mercy" theme played by the Western powers. All of these facts are to be found in Slouching Towards Sirte: NATO's War on Libya and Africa by Maximilian Forte.

Despite the facts, the stark image of Gadhafi "massacring peaceful protesters" was eagerly promoted by the Western media. Forte refutes this, establishing that rebels from the very beginning "torched police stations, broke into the compounds of security services, attacked government offices and torched vehicles." Even then the government did not respond militarily but only with police. It wasn't until rebels began to occupy the Benghazi army barracks that the situation escalated to civil war.

Fast forward to the sickening results of the R2P intervention and you will understand where this reckless and cynical military adventure fits in the recent record of NATO countries (Germany abstained in the R2P vote to its everlasting credit) in the Muslim world. The current situation in Libya is so out-of-control that chaos and bloodshed rule virtually everywhere. The Muslim Brotherhood Prime Minister Ali Zeidan was even kidnapped (briefly) by one of the many militias he actually hired to try to maintain a semblance of security (the army and police are in total disarray). The newly elected Congress has ceased to function as the opposition parties have walked out in protest over the Zeidan government's authoritarian style -- leaving it with little moral authority.

Tribal militias are now organizing to take on the Islamist government effectively imposed on the country by the U.S. The central government has virtually no authority outside Tripoli, and even there control over the city is divided up among armed gangs. Services everywhere have all but collapsed and the "government" will run out of money by the end of the year -- meaning it will not be able to pay salaries of any kind.

Instead of a new model democracy blathered on about by the warmongers after Gadhafi's murder, we are fast approaching the situation that has prevailed in Somalia for over a decade: a completely failed state. Once that situation is established it will take a generation or more to return to some kind of normalcy.

The big brains in America's multi-billion dollar intelligence conglomerate apparently didn't think of what would happen when dozens of militias, al-Qaida cells and criminal armed gangs raided the many arms depots across the country (in addition to getting hundreds of tonnes of arms from NATO). Libya is now described as the biggest open arms bazaar in the world, where the most sophisticated weapons can be purchased by anyone with enough cash. Setting aside the fact that many of these weapons are finding their way to other conflict areas, there is enough weaponry available to keep the conflict in Libya going for years.

It is not only Western governments and their compliant media who don't want to talk about the chaos and violence unleashed by our humanitarianism. The transnational corporations which were the intended beneficiaries are saying little, but they cannot be happy. The huge infrastructure projects they were building for Gadhafi are all in limbo and so, too, are the contracts enjoyed by the major oil companies. It was mostly about oil that regime change was conceived. (Gadhafi had threatened them: "We do not trust [Western oil] firms, they have conspired against us... Our oil contracts are going to Russian, Chinese and Indian firms.")

But the euphoria over the fact that oil facilities were not damaged has now turned to despair as almost no oil is flowing to the EU countries that took the lead on the bombing. All those lunatic militias which the West indiscriminately armed to the teeth are now occupying the oil fields, and production has plummeted. For a while it was normal -- 1.4 million barrels a day. But then the armed guards hired by the Brotherhood government to protect eastern oilfields decided to seize them. That was followed shortly after by a similar seizure of the southern fields by another tribal group. Production is now down to 150,000 barrels a day, with only 80,000 being exported. Without that 1.4 million a day, the central government is rapidly draining the country's cash reserves.

This is the state of "democratic" Libya -- a hideous "Arab winter" if ever there was one. As I recounted in an earlier column, it is crystal clear why Gadhafi was removed. And it wasn't just the oil. Gadhafi had been responsible more than any other African leader for creating independent institutions that challenged those of the West -- including an African communications satellite with low fees, the African Investment Bank, the African Monetary Fund and the African Central Bank. All of these latter institutions were a direct threat to Western financial capital.

The collateral damage done by our humanitarian "liberation" includes the regime (however repressive) that boasted Africa's highest standard of living, a literacy rate above 90 per cent, the lowest infant mortality rate and the highest life expectancy of all of Africa, free medicare and education, and the highest Human Development Index of any country on the continent. All of this is now threatened. Neither Western politicians (including the NDP and Liberals in Canada) nor the Western media ever talked about these war facts and they never will.

While it pales in comparison to the misery inflicted on the people of Libya, the whole sordid tale is also one of the alarming decline of democracy in Canada and elsewhere in the West. Democracy can only work with an informed citizenry. While we were poorly served as citizens by mainstream coverage of the wars in Iraq and Afghanistan, some of the truth did manage to get out -- enough that Canadians were increasingly opposed to the latter and refused to support the former. That's what can happen when citizens actually have access to the truth.

But the truth is a threat to the U.S. Empire and its junior partners like Harper. Never again? Somehow, this time, our allegedly democratic governments and their compliant media managed to cover up the ugly truth -- and continue to do so. We should all be worried.