[Editor's note: While thousands rallied against the Northern Gateway pipeline proposal this weekend in Vancouver, B.C.'s premier has been working with her Alberta counterpart to find harmony over the province's "five conditions" for the approval of heavy pipelines. Recently in The Tyee, independent economist Robyn Allan took a close look at the first of those conditions, a project's "successful completion of the environmental review process". In that opinion editorial, Allan determined that B.C. signed away its right over the assessments back in 2010. Here, Allan examines the second condition for the approval of pipelines, the need for a "world class coastal protection regime." Expect analysis of the other conditions in coming weeks.]

It was a tense few hours earlier this month. The night before British Columbia Premier Christy Clark and Alberta Premier Alison Redford were scheduled to meet to discuss ways to get Alberta's oil sands crude through B.C., their meeting was postponed. 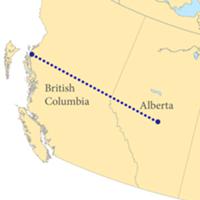 There was a misunderstanding as to the meeting's purpose. According to Redford, B.C. wanted to enlist Alberta in fulfilling the revenue sharing condition of its five heavy oil pipeline requirements by negotiating directly with industry. Alberta only planned to grant B.C. permission to pursue them.

Why officials would face this impasse right before the meeting is a mystery. But they worked through the night. By mid-day, there were two happy premiers announcing Alberta's agreement with B.C.'s conditions -- a stand B.C. adopted 16 months earlier.

The province's other condition is that for any oil pipeline to be considered, the NEB must recommend it first. This condition exists because instead of B.C. having full control over environmental assessments and the management and use of land and waters, the government willingly abdicated its right to decide. The province signed an Equivalency Agreement in 2010 and handed over control to the federal government.

The posturing around the other four conditions may be nothing more than political grandstanding when the federal government gives Enbridge the green light and holds B.C. to the terms of its agreement. The federal government has not indicated it endorses B.C.'s control over the other four conditions. Why would it? It already has what it needs with the first: B.C.'s promise to accept Northern Gateway if the NEB recommends it.

Premier Clark has been sending mixed messages to British Columbians on Northern Gateway ever since Enbridge submitted the project for approval -- remember her statement: "With respect to Northern Gateway, let me say this. Our government is pro-pipeline." After standing firm against the project during final argument at the NEB, two months later Clark announced a B.C.-Alberta working group to "open new energy export markets." On Oct. 15 the terms of reference for the November meeting were released, paving the way for diluted bitumen transport if not by pipeline, then by rail.

Why Alberta needs to agree to B.C.'s conditions is another mystery. None of the conditions have anything to do with Alberta. They all deal with B.C.: B.C.'s marine environment and coastal waters, B.C.'s terrestrial land, B.C.'s unique consultation and land rights of First Nations and B.C.'s economic return.

It is clear Redford will do anything to protect her province's natural resource rights. Clark seems bent on running to Alberta to seek permission to protect ours. Clark is behaving like a junior partner in this whole affair. Her antics are deflecting us from the real issue, B.C.'s disadvantaged position with the feds.

The question is not what Redford thinks, but what Prime Minister Stephen Harper thinks of B.C.'s conditions. By the time we appreciate the disadvantaged position Clark's put B.C. in, it will be too late. British Columbians will need to turn to First Nations -- and their access to the courts -- to keep our marine waters and pristine lands out of harms way.

What really should concern the people of B.C. when it comes to Northern Gateway is the premier's "now you see it, now you don't" maneuvering. Her conditions have no substance, but she wields them as if they do. Take, for example, condition two: the call for a World Class Coastal Protection Regime.

While B.C. contradicts itself on the urgency for more adequate spill preparedness and response, the federal government has no intention of doing anything meaningful.

Instead of filing expert evidence with the NEB panel, the province commissioned a three-volume West Coast Spill Response Study from Nuka Research after the fact. The report unequivocally confirms the province's worst fears.

The way Clark is acting, you would never know B.C. owns the marine inland waters and the coastal seabed along the outer coast. B.C. has the responsibility to ensure their protection and likely the right to stop bitumen export until an adequate regime is securely established.

The federal Ministry of Transport established a three-member Tanker Safety Expert Panel in March to review Canada's marine oil spill preparedness and response for ship-source oil spills. It gave a deadline of June 21, 2013 for submissions. The Nuka Report didn't make it there in time either.

The Panel is to make recommendations on the adequacy of spill preparedness and response from existing transportation risk, and what is required if an increase in marine-borne oil transport -- either as cargo or bunker fuel -- materializes because of new oil sands pipelines and other commodity export projects such as liquified natural gas. What if the Panel's recommendations fall short of B.C.'s needs? It looks as though the response would be "too bad".

Reviewing the submission made by the B.C. government to the Panel -- all six pages of it -- you would never know that marine spill risk from heavy oil and bunker fuel is one of the most serious threats our province's natural resources face.

Oil spills can and will happen even under the best prevention and safety regime, yet B.C. continues to knowingly accept a substandard one. No system can guarantee our environment will recover from a spill, and yet we operate under a woefully inadequate regime.

That funding could have kept the Kitsilano station open for 20 years and, if deemed appropriate, it could have been converted into an environmental response station to complement a move toward a world-class system. After all, Kinder Morgan's proposed expansion of Trans Mountain would see 816 supertanker transits a year in English Bay.

When a heavy oil spill does happen and the bills come in, taxpayers are on the hook for anything over $1.3 billion. Exxon Valdez has paid $3.4 for its Valdez spill, which occurred over 20 years ago. Clean up costs are estimated to reach $7 billion. Claims are still before the courts.

Even the best compensation regime will not pay for costs most of us incur when a spill happens -- non-verifiable commercial and non-market losses are not compensable. First Nations traditional practices, activities and marine use -- not covered. A non-commercial fish species destroyed -- not covered. A picnic at the beach with your kids -- not covered.

Once world-class standards are agreed to, we could be a decade away from having an adequately trained and equipped preparedness and response regime. And the financial resources required for its delivery? These could reach hundreds of millions in capital and operating expense, and billions in increased liability compensation limits. When the Tanker Safety Expert Panel releases its pending report, I bet its recommendations will make it seem like we're nearly there.