Our prime minister doesn't have a sparkling record on international development. 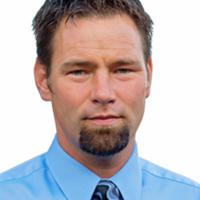 BC a Base for Abortion Battlers Trying New Tactics

Under his supervision, Canada's reputation as a humanitarian leader has been badly sullied. In February of this year, the government stopped funding anti-gay groups working in Uganda -- all well and good, until one starts to wonder why they got the funding to begin with.

Our aid priorities have shifted; now they're less about helping the world's poor and more about helping Canadian companies get their hands on mineral wealth in the developing world. And then, of course, there was Bev Oda's penchant for handwritten annotations on funding documents.

Yet despite Harper's miserable record on alleviating human misery, there is one development issue that seems to be near and dear to his heart: maternal mortality.

Harper didn't step up to speak before the UN General Assembly at its opening last month -- but he did take the time to attend UN meetings on women and girls. There, Harper announced that the Canadian government is contributing an additional $203.55 million, beyond the $1.1 billion that Canada had already pledged, to the Muskoka Initiative to improve maternal, newborn and child health in the developing world.

Normally this would be good news, and there's no doubt the money is badly needed. The World Health Organization estimates that 800 women die of pregnancy- or childbirth-related causes every day, but reducing maternal mortality has been one of the Millennium Development Goals that's seen the slowest progress.

Unfortunately, last week International Development Minister Christian Paradis confirmed that the government is clinging to the position it established when the Muskoka Initiative was launched in 2010: No government money will be used to provide safe abortions -- ever. Not even child brides or rape victims get an exception. If they get pregnant, that's their problem.

One of our best tools

In 2010, Harper defended his reactionary position in the House of Commons by claiming that "Canadians want to see their foreign aid money used for things that will help save the lives of women and children in ways that unite the Canadian people rather than divide them."

What Harper clearly failed to understand then, and still doesn't understand now, is that safe abortions do save lives.

Ensuring that women have access to contraceptives would help reduce those numbers, but the only sure-fire way to make sure women stop dying from unsafe abortion is to make abortion legal and safe. That's not idle talk -- after South Africa liberalized its abortion laws, deaths from abortion complications dropped by 91 per cent. Women seek out unsafe abortions because they have no other options. If we make options available, women will use them.

This is why it's hard to take our government seriously when they profess their concern for women around the world. We've known for decades that providing access to safe abortion is one of the most effective ways to protect women and their health -- so if the goal is to protect women, why aren't we using one of the best tools in our kit?

Maybe it's because for the Conservatives, scoring political points is more important than making policy based on evidence.

Reading through the Foreign Affairs, Trade and Development Canada splash page on maternal, newborn and child health, the tone is striking. There's no mention of women's reproductive rights at all -- but when women have the power to make choices about if and when to have children, they're better able to protect their reproductive health overall.

Reproductive choice is fundamental to women's health but our government won't even acknowledge it as an issue. Instead, they choose to talk only about mothers -- while steadfastly refusing to acknowledge that many women getting sick and dying from pregnancy-related causes don't want to be mothers now, or ever.

Part of the reason maternal mortality is still such a problem is that women aren't permitted to make the reproductive choices that are best for them. If we're serious about reducing maternal mortality, we can't just approach the problem with a new brand of paternalism. We need to make sure women have the freedom to make their own health care decisions -- whatever those decisions might be.