"When they call the roll in the Senate, the Senators do not know whether to answer 'Present' or 'Not guilty.'" -- U.S. President Theodore Roosevelt, 1858-1919 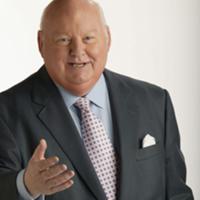 Who else but excommunicated-Conservative Duffy could single-handedly put the issue of reforming or abolishing the Senate at the top of the national agenda?

Who other than Duffy has created the worst crisis for the Conservative government since it was first elected in 2006?

The Duffster has caused more headaches for the Tories than even the Bloc Quebecois separatists, for goodness sake!

And he did so simply by filing outrageously inappropriate housing and travel expenses, and then getting Prime Minister Stephen Harper's top staff person to give him the cash to pay them back when caught.

When that came out, chief of staff Nigel Wright had to resign -- talk about Duffy genius!

But even more, it was ex-TV reporter Duffy alone who highlighted gross hypocrisy and an egregious broken promise, by reminding Canadians that when Harper and many Conservative MPs were Reform Party members they wanted a Triple E Senate -- elected, effective and equal.

But instead of pursuing a reformed Senate, Harper gave us one that is Triple U -- unelected, unethical and untenable.

Harper once strongly supported an elected Senate. But then he appointed more Conservative cronies than Brian Mulroney or any other Tory PM.

In fact, Harper has now appointed 59 of the 105 members of the Senate -- and while he once denounced patronage appointments to Canada's Upper House, most of these worthy Senators have Conservative connections.

Fortunately, Senator Mike Duffy is going to change all that. One way or another, Canada is either going to get an elected Senate accountable to voters or no Senate at all.

With a little help from his friends, fellow ex-Conservative Senators Pamela Wallin and Patrick Brazeau -- who also had to leave the Tory caucus over expense irregularity allegations -- the Duffster is blazing a path of glory.

So we owe Duffy even more than the $90,000 Wright gave the slippery senator to pay back his misbegotten Senate travel and housing expenses.

But let's just not write him a cheque. His PEI gables are green enough already with a $135,200 annual salary.

However, if Duffy does force Harper to create an elected Senate, Canada truly should be grateful -- because that‘s what we need.

Having Senators directly elected by each province and accountable to all voters there would be a huge improvement over the pork-barrel appointees we now have.

And an elected Senate, with elections taking place two years apart from House of Commons elections for Members of Parliament would allow voters to send the government of the day a clear message on its performance.

Senators elected province-wide would also be better able to represent the broader interests of their constituents than MPs who understandably and rightly often deal with more local interests.

There are about 55 senates around the world, so obviously there are some good reasons to have what is sometimes called the chamber of "sober second thought."

The federal New Democrats have argued for Senate abolition for years -- and that position is worth considering.

But the NDP view may have been formed because unlike the federal Conservatives and Liberals, they have never been in power and able to appoint their own party sycophants to the Senate.

There are serious constitutional and other challenges to overcome to create an elected Senate to be sure.

For example, B.C. has just six Senate seats while Nova Scotia and New Brunswick each have 10 senators -- that can't continue.

But neither can the farcical Senate soap opera going on today.

It's time to fix the Senate or finish it off. And thanks to Mike Duffy, it will happen.

Postscript: I will be a guest on Shaw Cable's Voice of B.C. on Thursday June 6 at 7 p.m. along with former Gordon Campbell chief of staff Martyn Brown and host Keith Baldrey. Tune in!