[Editor's note: This Tyee special series, in cooperation with the Environmental Law Centre at the University of Victoria, reveals what B.C.'s leading experts in environmental law say most needs to be fixed, and their specific suggestions for change. To read all their recommendations, download the free electronic publication "Maintaining Natural British Columbia for Our Children: Selected Law Reform Proposals." Today: How to better protect our coastlines.]

The B.C. coast is perhaps the province's most important single asset. Home to most of our population, it is also home to some of the most important and productive ecosystems on earth. 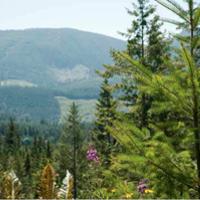 Increased development and loss of public access to the coastline;

The need for emergency programs to deal with earthquakes, tsunamis, and the extreme weather, storm surges and sea level rise caused by climate change -- the most important coastal management issue to face B.C, in decades -- will be decided by a three person panel, none of whom are British Columbians. Unfortunately, B.C. failed to plan beforehand about oil ports and other infrastructure decisions;

When economic interests objected to funding arrangements, Ottawa's process for developing a north coast ocean management plan faltered. That process is now likely to ignore major issues such as oil terminals. Although the province and First Nations are now working to create Coastal Management Area Plans, they are doing so without a clear statutory mandate.

It took the Cohen Commission to remind us that the future of salmon rests as much upon B.C.'s actions as on Canada's. Salmon are affected by storm water, riparian development and numerous activities under provincial jurisdiction. Yet there has not been a co-ordinated federal/provincial strategy to protect salmon and our coast; and

Most coastal resources are common property with ill-defined access rights. This has caused overuse, neglect and degradation of essential ecosystems. This problem has not been addressed.

Management of coastal and marine resources is an area of complex, shared jurisdiction between all orders of government, including First Nations and local governments. For example, Ottawa has jurisdiction over fisheries regulation and navigation. Local governments have zoning and other powers over local shorelines and some coastal waters.

Meanwhile, the province has broad regulatory jurisdiction over numerous activities in the coastal zone. In addition, it has jurisdiction and ownership over the foreshore seaward of the high tide mark, as well as of all coastal or "inland" waters, including the seabed, within the "jaws of the land." That means that the seabed of the Strait of Juan de Fuca, the Strait of Georgia, Johnstone Strait and Queen Charlotte Strait are all property of British Columbia.

As a consequence, the coastal ecosystem is regulated by a plethora of agencies from numerous governments. This thwarts effective planning and management -- especially in the absence of effective legislative mechanisms to coordinate the actions of multiple agencies.

So it is not surprising that management of B.C.'s coastal zone has been more difficult than resource management on land. The province needs to address this. It needs to create a legislative framework to assert jurisdiction and ownership of coastal resources -- and to coordinate with other governments.

The liveability of our communities is inextricably linked to the spectacular natural environment they occupy—their forests, meadows, streams, farms and shorelines. However, the allure of Beautiful British Columbia is bringing more and more people to our urban centres. The province's population increases by approximately 60,000 people each year and will be home to over five million people in just a few years, 80% of whom will live in urban areas. Much of this growth occurs in our most ecologically sensitive and agriculturally productive areas.

The best way to manage this growth is to take a regional perspective, and B.C. now provides the planning mechanism of regional growth strategies (RGS). However, the RGS legislation does not require local governments to follow well-established planning principles. Nor does it set specific measurable goals for creating sustainable communities.

This important tool could be strengthened by:

Establishing minimum requirements for regional sustainability strategies, such as the percentage of a watershed that must remain in a natural state, minimum density targets before developing new greenfield sites, or greenhouse gas reduction goals.

There are successful models in other jurisdictions around the world. The US Coastal Zone Management Act of 1972 empowered US coastal states to develop some of the most progressive coastal management regimes in the world. These provide for:

Management of coastal development to minimize the loss of life and property; Initiatives to improve coastal water quality;

Siting of coastal-dependent uses and restriction of inappropriate development on the coast;

Redevelopment of deteriorating urban waterfronts and ports, and preservation of historic and cultural features;

Opportunities for public and local government participation; and

In Canada, provinces such as Nova Scotia and Newfoundland and Labrador have developed Coastal Management Strategies that have highlighted the need for improved governance arrangements and may lead to specific provincial legislation. Meanwhile the Law Faculty at Dalhousie University is developing options for model Coastal Zone Management legislation.

Following existing models in the Canadian Oceans Act and US Coastal Zone Management Act, a coastal management act for B.C. could include some or all of the following:

A preamble to reaffirm B.C'.s commitment to the conservation and sustainable management of estuarine, coastal and marine resources;

Power to enter into agreements with, and to delegate and accept powers from, other orders of government;

Development of a Coastal Management Strategy;

Establishment of a voluntary local government coastal management program to protect and restore coastal ecosystems on private and public property (the basis of successful shoreline restoration programs in U.S.);

Programs for the revitalization of coastal communities; and

Provisions to allow for collaboration with other levels of government and First Nations.

A Coastal Zone Management Act would signal B.C.'s intent to take coastal management seriously and to fully exercise its jurisdiction and ownership. This would be preferable to leaving the future of our coast to federal agencies like the National Energy Board, investment decisions by foreign corporations, or to disorganization and neglect.

Sustainability in the Capital Regional District: Sustainable Systems and their Implementation through the Regional Sustainability Strategy. Environmental Law Centre and Dogwood Initiative.