In addition to considering cumulative effects, the Environmental Law Centre determined that single project assessments also need to be stronger. Among other things, it urged that government:

- Adopt a "traffic light" (green/amber/red) approach that addresses big picture issues such as aboriginal title and rights, land use planning and community suitability up front -- before millions of dollars are invested in detailed engineering and feasibility studies;

- Utilize "strategic-level" environmental assessments of overall regional development, government programs, policies and laws -- instead of requiring everything be addressed by proponents at the "project-level";

- Develop sustainability-based criteria for decisions on whether projects should be approved. The law should do more than set out procedural steps -- it should require that a project actually meet substantive sustainability criteria;

- Spell out policies and procedures for determining the acceptability of proposed mitigation and compensation measures. 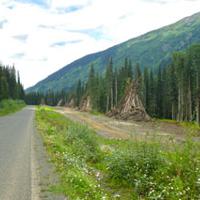 []Up in the Peace River Valley, residents fear lethal sour gas escapes, and call for tougher regulations on the oil and gas industry. On Vancouver Island, Comox Valley residents are concerned that new mines threaten their drinking water, and ask why the law leaves taxpayers with the bill for mine clean-ups. Across B.C., archaic laws contribute to water shortages that threaten both jobs and fish. More than 1,600 species are now "at risk" in B.C. -- without a provincial law to protect them. Likewise, inadequate laws to contain urban sprawl threaten the "natural" B.C. that attracted us here in the first place.

Current laws have not only failed to keep pace with our booming resource industries and population growth, they are actually weaker than they were a few years ago. To begin to remedy this state of affairs, the Environmental Law Centre at the University of Victoria consulted some of the province's best-informed experts, listed at the bottom of this story, to recommend specific changes to B.C. environmental laws.

Many of their ideas will be appearing on The Tyee as an occasional series over the next few weeks. Much of what the experts have to say reflects previous reports. Follow links at the ends of the articles for more information on each topic. -- Calvin Sandborn, legal director, Environmental Law Centre.]

Nature is suffering a "death by a thousand cuts," because British Columbia fails to keep track of the combined impacts of the countless different activities that take place on the same landscape.

Individual mines, hydro projects, oil and gas operations, and forestry are regulated separately, but government fails to monitor and manage the collective effects of these activities on the natural world.

For example, the law doesn't require environmental assessments for many types of projects, such as a single gas well or multiple seismic lines. However, a thousand such wells and seismic lines have a monumental impact on the environment, and there is no environmental assessment of that massive cumulative impact. Worse still, we fail to assess the impact of those thousand wells combined with the logging, mining and hydro development that is occurring in the same ecosystem.

The BC Environmental Assessment Office claims, in its 2009 User Guide, that it considers cumulative impacts in assessments of projects. But that consideration is still not mandatory. Nothing in the provincial Act actually requires cumulative effect assessment of projects under review.

As a result of growing concerns about cumulative effects, the Forest Practices Board (FPB) investigated the issue. The FPB studied the combined impacts of multiple industries on drinking water, soil and caribou habitat in the Kiskatinaw River watershed near Dawson Creek. In 2011, the FPB published their findings in a special report titled Cumulative Effects: from Assessment towards Management.

The FPB went on to recommend that cumulative effects assessment be embedded in the overall land management/land use planning system. It also recommended that government set specific and measurable objectives for the kinds and amounts of human activities that should take place on the land; that these objectives govern decisions to grant resource development rights; and that government monitor cumulative effects to ensure the overall objectives are met.

A major hurdle to implementing these recommendations is that, since the Liberal government disbanded the Ministry of Sustainable Resource Management, the Province no longer has a functional land use planning system. (More on that in a future instalment of this series.)

Oversight for all projects and activities

The challenge we face is clear: our rich natural heritage may be lost if we fail to assess and manage cumulative effects. Indeed, when numerous disparate environmental impacts occur across an ecosystem, "the whole is far greater than the sum of its parts."

To deal with these problems, government needs to:

- Establish specific and measurable landscape objectives for the kinds and amounts of human activities that should take place on the land;

- Define specific environmental impact thresholds that must not be exceeded;

- Ensure that these objectives and thresholds govern decisions to grant resource development rights;

The ELC is working with West Coast Environmental Law, Ecojustice, SFU Faculty of Environment, UBC Faculty of Law and the Sierra Club Lower Mainland to launch its book to Vancouver public Thursday, March 28, 2013, 7 p.m., at Simon Fraser University Harbour Centre Fletcher Challenge Canada Theatre, 515 West Hastings Street. The event is free to attend but donations are welcome to help cover some of the costs. The facebook event is here.

A launch in Victoria will be held Wednesday April 3, 2013 at 7 p.m. at the University of Victoria Fraser (Law) Building, Room 159. The facebook event is here.

- Establish a mechanism to monitor and manage cumulative effects to ensure that objectives are met and thresholds respected; and

Cumulative Effects: From Assessment Towards Management. Forest Practices Board. (2011)

Provincial Land Use Planning: Which way from here? Forest Practices Board. (2008)

NEXT INSTALMENT: The power of land use planning.