"Speak up and judge fairly; defend the rights of the poor and needy." -- Proverbs 31:9, the Bible 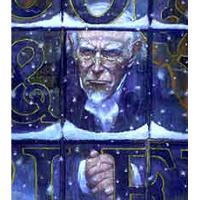 Jesus would be angry this Christmas, furious to see charities feeding the hungry, helping the homeless, comforting those with disabilities and supporting the poor, all asking for donations.

But Christ wouldn't be mad at those worthy groups doing good works. He would be disgusted our society refuses to properly care for those in need, making them depend on the whims of individual generosity.

From groups running food banks to providing shelter to the homeless to assisting people with disabilities from losing their already pathetically low income to those advocating against poverty, all are desperately and perpetually short of operating funds.

And without our financial help, real people suffer.

Jesus would simply ask: why?

Why in a society as developed as Canada's, in a province as full of natural resources as British Columbia, in a city as conspicuously wealthy as Vancouver, do so many live below the poverty line?

The answer doesn't need to come from Jesus, or Buddha or Muhammad or Guru Nanak. It can easily come from us.

The poor, the sick, and the disadvantaged suffer because we like it that way.

No, not because we are all hard hearted sociopaths who couldn't care less about others.

The reason is because we'd rather not pay higher taxes to redistribute wealth more equitably.

Both the federal Conservative and B.C. Liberal governments explicitly ran campaigns promising and delivering tax "relief" to voters -- but mostly to those who are already extremely well-off.

As a result, both Canada's and B.C.'s income inequality has grown dramatically for years.

These governments have intentionally made it more difficult to collect employment insurance, disability benefits and social assistance.

The effects are very clear.

B.C. has the second worst child poverty rate in Canada after boasting the absolute worst for the previous eight years.

Canada's 4,500 food banks have experienced the kind of phenomenal growth in "customers" that any actual private bank would celebrate wildly.

But the only "reward" for food banks -- originally established as a temporary measure -- is increased dependency and lack of sufficient supplies for those they serve.

The gift of social progress

No, if Jesus came back to visit us this Christmas he would be righteously angry -- and organizing for social change.

So as you celebrate the season, please give money to causes that urgently ask for your help.

But also demand that all governments do more to share the wealth our rich society creates.

That would be a truly meaningful Christmas gift to those who need it most.