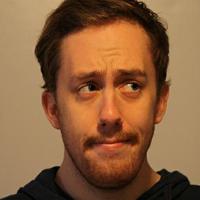 As the "casserole" protest with banging pots and pans took over Montreal's historic Mount Royal Avenue, first it was Dollarama store clerks who came out to applaud the marchers.

Then it was bartenders and servers standing in their doorways to cheer on 7,500 protestors braving the Saturday afternoon rain.

They oppose not just a 75 per cent tuition fee hike for students but also the Quebec Liberal government's draconian Bill 78, legislation that makes demonstrations of more than 50 people illegal unless police approve in advance.

Next came chefs from boulangeries and patisseries in white uniforms, bringing their own kitchenware to add more noise to the rally.

But I heard the biggest applause when several nuns in blue habits came out of their church to support the march.

Whatever happens in the biggest and longest student protest in North America in decades, it is clear that Quebec is facing significant change that could bring about the defeat of the Charest government and more.

And the protest is no longer simply about tuition fee hikes that would increase per student costs by $1,625 a year -- an annual jump of $325 over five years, according to government figures.

That would hike Canada's lowest tuition from $2,168 to $3,793, plus mandatory institutional fees.

But student groups argue it's even more -- going from $2,890 including those mandatory institutional fees, to $4,700.

Either way, as one McGill University professor pointed out in the Montreal Gazette, Charest paid less tuition when he was a university student in Sherbrooke in the 1970s than today's students are charged in today's dollars -- before any fee increase.

The government's plan to increase student debt load to reduce its own deficit is what triggered the red squares seen on clothing everywhere in Montreal. It comes from the French carre rouge -- red square -- and the phrase "carrement dans la rouge" - translating to "squarely in the red" in reference to the rising cost of an education.

Through the student activism Quebecers have found a renewed collective sense of power, a way to display their anger at a government many see as tired, disconnected and scarred by allegations of corruption that forced and ongoing public inquiry.

If anything, student protests are a tradition in Quebec, which have marked previous periods of great social change. The 2012 student strike that has now gone on for 16 weeks marks the ninth such action since the 1960s in the province.

For over 40 consecutive nights there has been a "casserole" protest march through Montreal streets, with students being joined by young families with children in strollers, seniors, workers and others.

The concept of banging pots and pans in protest -- previously seen in countries like Chile under the Augusto Pinochet military dictatorship, when public demonstrations were too dangerous to hold -- came after Bill 78 was quickly rammed through the Quebec National Assembly.

Each night at 8 p.m. residents in Montreal neighbourhoods -- and in Quebec City and other towns -- go to street corners with pots, pans, wooden spoons and other kitchen utensils and bang them loudly for several minutes.

For some, that's the extent of the protest. For others, the 8 o'clock noise is a signal to march, with crowds converging and diverging downtown amidst a heavy police presence that has already cost Montreal an additional more than $7 million by just mid-May.

Bill 78 has been condemned by the Quebec Bar Association and the Canadian Civil Liberties Association among other groups and even drew 700 Montreal lawyers in black robes to stage a silent march from a courthouse to join other protestors in the streets because it outlaws public demonstrations by more than 50 people unless a route has been submitted to police and authorized at least eight hours in advance.

Organizations found guilty of violating Bill 78 provisions face enormous fines of up to $35,000.

Quebec's student groups are challenging sections of Bill 78 in court as unconstitutional in a legal battle that will ensure continued criticism of the government.

After a massive 300,000 person rally on May 23, police used a controversial "kettle" maneuver to isolate and arrest about 500 people -- many of them bystanders and journalists not participating in a night march.

But since then, both protesters and police have largely ignored Bill 78. Most of the nightly marches and Saturday's daytime rally were done illegally but police obliged by escorting the "manifestations" and blocking traffic.

In some ways, it is very much a literal class war. Students have boycotted classes and gained the support of Quebec's powerful labour unions, as well as many professors and teachers.

The most militant of the student groups fighting the government even has the acronym CLASSE -- Coalition large de l'association pour une solidarité syndicale étudiante (The Coalition Large Association for Student Labour Solidarity, in English) -- and over 100,000 members.

On the other side Quebec's main business organization, the Conseil du patronat du Quebec, said a survey of its members found 95 per cent support for Charest's tuition hikes and 68 per cent backed Bill 78's restrictions on public demonstrations.

And hotels are already reporting negative consequences as tourists avoid Montreal due to the perception -- completely wrong in my experience last week -- that the city is not safe to visit.

No stopping any time soon

But it's understandable that businesses dependent on tourist dollars oppose the continued protests and just want them to stop, which won't happen.

Their concern is rising as Montreal prepares for its two biggest tourist attractions of the summer -- the Formula 1 Grand Prix auto race next weekend, the city's world renowned jazz festival that runs from June 28 to July 7 and the Just For Laughs comedy festival July 10 to 29.

The battle between student groups and a Liberal government that has been beset by controversy and negative public opinion polls has generated extreme tension on both sides.

And even media coverage is being questioned for accuracy. A group of bilingual Quebec anglophones got so frustrated that national media was providing such different coverage of the protests than in their province that they set up a translation service online to provide English Canada with access to Le Devoir, La Presse and other francophone media.

Titled "Translating the printemps érable" -- a clever word play on the "Arab spring" movement in French that substitutes érable (maple) for Arab -- the website provides a very different perspective than Anglophone media reporting.

In either language, Charest initially appeared to be gaining public support by taking on the students but passage of Bill 78 and the widespread negative reaction it caused has put his government on edge.

After high-profile talks in Quebec City between the government and three student group broke down last Wednesday, Charest went to the media to claim CLASSE had threatened to disrupt the Grand Prix, worth an estimated $90 million to Quebec's economy.

"We are appealing to people who were thinking of disturbing the Grand Prix to abstain out of respect for Quebecers," Charest said Friday.

CLASSE spokesperson Gabriel Nadeau-Dubois responded that Charest was fear-mongering and that while students would not give up their protests, their only Formula 1 action would be to inform visitors of their fight.

"We are going to hand out information... so that tourists who visit Quebec will know what’s going on here and so they understand why they see images of protests on television every day," Nadeau-Dubois told reporters before Saturday's march.

And the fiery student leader has accusations of his own against the government.

"Quebec's public safety minister told me that he could have me arrested. They looked into every nook and cranny of my past and treated me like I was behind all of the violence in the street, it went pretty far," Nadeau-Dubois told Agence France Presse.

The 21-year-old student leader says his parents -- one a former union leader -- are proud of him but Nadeau-Dubois admitted they are all concerned about possible financial and legal consequences from his mission.

But regardless of personal consequences for its leaders, the protests in Quebec may well have significant impact in British Columbia, other provinces and even beyond, since student activists in the United Kingdom and other countries are watching.

Quebec tuition and student debt is the lowest in Canada, thanks largely to student militancy and public support that has discouraged successive governments from raising fees.

And more may come from the protests than just a tuition freeze or even a change in government, says Nadeau-Dubois.

"I've always believed that the great political advances in Quebec occurred because people mobilized in the streets," he told AFP.

If Quebec protests succeed in freezing tuition fees, B.C. students may ask why they pay up to double that province's rates for the same education.

The clanging of pots and pans may spread to Vancouver and other Canadian cities if students believe making a noisy "casserole" will save them thousands of dollars in debt -- and if enough of the public agrees.