[Editor's note: Economist Robyn Allan sent this open letter to B.C. Premier Christy Clark on Friday, April 19, and posted it on her blog the same day. With her permission we reprint it here.] 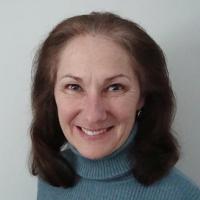 Your government has not spoken out for or against the Northern Gateway pipeline proposed by Enbridge Inc., rather preferring to wait until the National Energy Review Board process is complete. I am writing to you today to explain that unfortunately the current Northern Gateway environmental and public interest process is flawed, and as a result the public interest of B.C. is not protected.

The federal government, as I am sure you are aware, has publicly endorsed the project, stated it is in the national interest of Canada, and has systematically demonized individuals and groups who oppose the project. This behaviour has made a travesty of the necessary arm's length relationship between government and an independent regulatory body.

As long as there was some sense that the Joint Review Panel (JRP) was independent and had the authority to reject the proposal regardless of the political pressure imposed by the Prime Minister's Office, a semblance of due process was maintained. That necessary condition was violated when federal Natural Resources Minister Joe Oliver unveiled proposed legislation on April 17, 2012. The federal government now intends to further weaken environmental protection and favour large oil companies operating, primarily, in Alberta. This has betrayed any remaining trust in federal energy decisions as they relate to the province of British Columbia.

With the overhaul of the environmental assessment rules and process, and making final decision on oil pipelines -- such as the Enbridge Northern Gateway and proposed Kinder Morgan projects -- a federal cabinet prerogative, there is no confidence that the Government of Canada will make decisions that will be in the best public interest of the residents of this province.

A major change in policy in the midst of nation-breaking events such as Northern Gateway or Kinder Morgan requires deliberate action on the part of your office to protect the public interest trust and rights of B.C. residents and First Nations.

Certainly when the NEB process for Northern Gateway commenced in June 2010, the B.C. government thought the JRP would be objective and have the power to recommend a binding decision which would reflect the public interest of British Columbians and Canadians. I can imagine that the safety and efficiency inherent in one independent review body -- which the NEB was believed to be at the time -- and the belief that our public interest would be protected were reasons why the Liberal government of B.C. under the leadership of Gordon Campbell felt it acceptable to sign away our right to conduct an environmental assessment under B.C.'s Environmental Assessment Act.

During my review of the Enbridge economic documents as part of their application to the NEB, I wondered why there was no real or meaningful review of their case by various ministries of the B.C. government. The deliberate intent in the Enbridge documents to increase the price of oil for Canadian consumers and businesses, and the lack of concern over the impact our petro-currency has on forestry, agriculture, tourism and manufacturing, appeared to be glaring examples of an economic case intent on presenting only the benefits to the oil industry, without due consideration to the economic costs for the rest of us. The development of a strategy to export raw crude to Asia at the cost of value-added jobs and control over environmental standards also seemed worthy of provincial comment.

I felt surely there should be professional economists, paid by taxpayers, that would stand up and present a fair picture of the macroeconomic impact rapid resource expansion and export has on the economy of British Columbia, not to mention the threat to the environment and First Nations rights. That is when I discovered that B.C. had signed away the right to actively assess the project. I then understood that not only have you, as premier, elected to remain silent on the issue, but our provincial departments have effectively been muzzled as well.

Essentially the agreement states that the EAO will accept the NEB's environmental assessment for four proposed projects, including the Enbridge Northern Gateway Project, which would otherwise have to be reviewed under B.C.'s Environmental Assessment Act. The NEB's review would be treated as an equivalent assessment.

If the Province of B.C. had not signed away its right to the NEB, under the terms of the legislation the EAO would have had to undertake a review. According to the EAO, it is a "neutral agency that manages the review of proposed major projects in British Columbia, as required by the Environmental Assessment Act. The environmental assessment process provides for the thorough, timely and integrated assessment of the potential environmental, economic, social, heritage and health effects that may occur during the lifecycle of these projects, and provides for meaningful participation by First Nations, proponents, the public, local governments, and federal and provincial agencies."

'We have the power'

We have the power within B.C. to undertake meaningful environmental assessment within provincial jurisdiction, but signed it away. However, not all is lost. Clause 6 of the Environmental Assessment Equivalency Agreement states: "Either Party may terminate this Agreement upon giving 30 days written notice to terminate to the other Party."

May I recommend that the Government of British Columbia inform the Government of Canada that the province is now exercising its right with 30 days notice in order that it may undertake a proper environmental assessment under the terms of the provincial Environmental Assessment Act, for the Enbridge project, and it will not entertain signing such an agreement for the proposed Kinder Morgan pipeline.

This action will ensure that the public interest of the people of B.C. will be protected and will not be severely curtailed by the actions of the Government of Canada favouring primarily Alberta's oil producers.