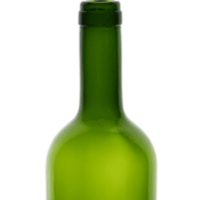 In the garage of my mother's Ottawa home is a brand-new "Green Bin," ready and waiting for January's first pick-up of household scraps. This year marks that city's addition to the ranks of municipalities great and small that collect compostables in order to reduce waste going to landfills.

But Ottawa homeowners were less than impressed when they found out last month that they would also be receiving a brand-new $68 per year charge on their property tax bills to pay for the service, along with a new recycling fee, in addition to the fee already charged for garbage collection.

Dealing with waste is expensive. All those bins and boxes are expensive. Trucking the stuff around is expensive. Sorting out and recycling the useful bits is expensive. Creating leak-proof, noxious-gas-capturing facilities to bury what's left over is expensive. Burning it to recapture a fraction of the energy used to create it is expensive.

The most economical option for dealing with waste is to simply not make it in the first place. Recycling, after all, is supposed to come after 'reduce' and 'reuse'. But indoctrinating school children with simple ideas like the "3 Rs" hasn't done much to end a cultural dependence on disposable goods.

The problem is that when people make the choices that affect how much stuff they'll be putting out on the curb -- when they are deciding what, and what not, to buy -- they don't face the cost of the waste. Often, as in Ottawa and Vancouver, the expense comes out of tax funds or mandatory fees paid whether or one makes a lot of waste or a little.

Many municipalities in B.C. and elsewhere have adopted a "polluter pays" system by charging a fee for every bag or bin of trash collected. There's good evidence the system works. A large study of American jurisdictions produced for the U.S. Environmental Protection Agency suggests that, after controlling for other differences, a "pay as you throw" system leads to about a 17 per cent reduction in waste sent for disposal. One third of that material was transferred to increased recycling, one third to yard waste programs, and one third was actual reduction in the amount of material being put out on the curb.

Not every polluter pays

However, these programs don't usually apply to residents of multi-family buildings, where costs are averaged for all residents. Furthermore, the money collected usually does not cover the full cost of waste management, out of fear that too-high fees will just promote illegal dumping or burning of trash.

There's another way of making sure that people who create waste pay for its disposal. If implemented effectively on a large scale, it could even influence the behaviour of the companies who make all the stuff that gets thrown out, and not just the consumers trying to figure out what to do with all the excess packaging that came along with the item they wanted to buy. Make people pay for the waste when they buy the stuff in the first place, not when they're trying to get rid of it later.

For more than a decade, British Columbia has required that manufacturers of hazardous waste -- paints and solvents, motor oil, lead batteries -- create systems to pay for the safe disposal of those products. Since 2007, a similar program has been in place for certain types of electronics. You pay a recycling fee when you buy your new printer or computer, then drop off your broken or obsolete machine for free.

The implementation of the program has its problems, primarily because the fee is usually hidden in fine print until you get to the cash register. Only then will you find out that the fee for a 30-inch TV is $22.75 more than the fee for a 29-inch model. Ouch.

The program is administered by Encorp, the organization which also manages deposits and fees on beverage containers on behalf of soft-drink and juice manufacturers. That system is similarly undermined by a lack of transparency. In addition to the 20-cent deposit on a one-litre or larger container, they charge a recycling fee to cover the cost of the program. There's no fee on steel juice cans or cartons, a fee of four or five cents on plastic jugs, and a 10-cent fee on glass bottles.

Logically, the 10-cent difference in price should encourage consumers to pick products in containers that can be cheaply recycled. But since it doesn't show up on the price sticker -- only on your final bill -- that cost isn't likely to affect the buying habits of most people.

Show the real cost of recycling

But assume that consumers did see the cost of recycling when they were comparing different products. And then assume it applied to all products, not just an arbitrary few. Assume it applied not only to recyclables but also to stuff destined for the landfill, and reflected the actual cost of collecting and disposing of the waste.

Consumers doing price comparisons would start looking for cheaper alternatives. Manufacturers trying to be competitive would start re-assessing the cost of all that excess packaging.

To make things really simple, apply the same fee for every kilogram of stuff, whether packaging or product, imported into or made in the province (or country -- this would be easier to implement at a federal scale, since the federal government already assesses customs and duties on imports). Do it early on in the manufacturing process -- ideally when natural resources are first extracted -- so that the cost gets incorporated into all business decisions down the line.

Then give the money back, again on a per-kilogram basis, to the municipalities that are responsible for safely disposing of the stuff in the end. Give it also to any organization exporting material out of the province/country, subject to a requirement that the end use meets Canadian environmental standards.

The income from the fees would free up room in municipal budgets for tax cuts or other services. Furthermore, the cost of recycled material would suddenly be much more favourable compared to new stuff.

The biggest problem facing public recycling programs lately isn't getting people to toss stuff into blue bins -- it's finding someone who wants to buy the plastic, glass or mixed paper. A universal recycling fee system (call it the trash tax, if you like), wouldn't reduce the cost of collecting and processing those recyclables, but it would increase the cost of making more new stuff to replace it.

This past year, politicians and business people have repeatedly exhorted us to buy new stuff to bolster the economy. But the welfare of workers isn't dependent on the amount of material dug out of the ground or harvested from forests or fields. It certainly isn't dependent on the amount of stuff buried back into the ground in landfills or burned in "waste-to-energy" plants. The welfare of people, and therefore the economy, is dependent on creating value: on taking existing materials, including our own bodies and minds, and using them to enhance our well-being and enjoyment of life.

The problem with most 'consumption' taxes -- harmonized or otherwise -- is that they tax value, not consumption. By measuring a tax based on the amount of stuff being created, making the most value out of the same amount of stuff is encouraged. By internalizing the cost of dealing with unwanted stuff into all the economic decisions that go into making that stuff, the wastefulness of waste becomes harder to deny.