“Kindness has not been the operating principle for some of the people who have been coming to our office,” Furstenau said in a mid-December interview, understating the issue.

For some time, the increase in the number of people coming into the Duncan office about a variety of issues who are agitated and aggressive had been worrisome for her staff and her, she said.

On a day when the two Green constituency office staff were working from home, a decision made after talking with the RCMP following a different worrying encounter, a group opposed to the COVID-19 health orders disrupted people working in the party’s Matraea Centre space, which is shared with midwives, counsellors and others.

The move to find a more secure space that won’t be shared with other tenants comes as many politicians complain of a rise in people pushing the bounds of appropriate protest, including protesting outside people’s private homes.

Earlier this month, protesters outside of the B.C. legislature hanged politicians, including Premier John Horgan, in effigy.

“I don’t think I’ve ever seen anything like that in B.C.,” said Furstenau.

The trend is particularly disappointing for a politician whose core values include a commitment to treating everyone kindly, including opponents to whom she is fiercely opposed.

For Furstenau, that approach to political life goes back to her time as a regional director in the Cowichan Valley and her leadership role in a campaign to stop the dumping of five million tonnes of contaminated soil in her community’s watershed.

“Everything needs to be rooted in integrity, honesty, kindness and a vision for what we are trying to achieve here, which is a healthy community with a reliable and healthy drinking water source,” she said. “It really mattered to me how we did things.”

The success could be measured not just in getting the decisions they wanted from the government, but in how the minister of environment of the day, Mary Polak, didn’t become an enemy.

Instead, they built a good working relationship that developed into a genuine friendship, even if the dispute played a role in bringing down the BC Liberal government in 2017.

“We can have a quarrel with government and government decision making, but that doesn’t have to make us uncivil,” Furstenau said. “How we do things is what we ultimately create.”

It’s an observation that goes both ways. It should matter to governments how they do things as well, she said, giving the example of the current B.C. government, which is finishing its first full year in office since Horgan led the NDP to a majority.

“What is disappointing is to see that, not unlike when we had the BC Liberal majority governments, the pattern is of the government having less transparency, less accountability, less willingness to provide clear and straightforward answers to questions,” Furstenau said.

That’s been the case not just in question period, she said, where there’s some expectation that responses will be shallow and full of bluster, but in committees and debates of legislation where the discussion has traditionally been fuller.

There have been important changes to forestry, freedom of information and other legislation brought forward in the fall session that the government closed debate on and passed without a full discussion.

“It was an ongoing exercise in frustration on both the FOI bill and the forestry bill to just try to get straightforward answers on questions,” Furstenau said.

It’s part of a bigger problem with how the current government is conducting itself now that it has a majority, she added.

“It is not clearly articulating what it is trying to achieve with its decision-making,” she said. “It’s been disappointing and disheartening to watch that across the course of a year.”

If the government really believed in the legislation it was bringing forward, it would take the opportunity to fully explain and defend it, Furstenau said. It’s a chance for the government to champion its legislation and explain its decision-making, but instead it deflects questions and sticks to its narrow communications messages, she said.

There are some areas where the government is moving in the right direction, she added, though there’s more to be done.

For example, she’s hopeful the work the special committee reviewing the Police Act is doing will bring real change, that the promised “paradigm shift” on old-growth forests is put into action, and that the government will keep working through the implications of the Declaration on the Rights of Indigenous Peoples Act.

DRIPA passed in 2019 as a first step towards bringing B.C. laws in line with the United Nations Declaration on the Rights of Indigenous Peoples.

“The words are there, but clearly there’s a ways to go in this province to achieve the goals included in that legislation and included in the declaration itself,” Furstenau said. 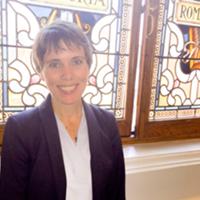 For the Green caucus of two, with three years to go until the next scheduled election, the intention is to keep focusing on the many issues that need urgent action, she said, listing housing, mental health, the ongoing COVID-19 pandemic, education and climate change as examples.

The hope is to work collaboratively with the other parties in the legislature, she said, “to really dig in deeply to these issues and produce evidence-driven policies and legislative proposals that would ideally begin to solve some of these things.”

Politicians on all sides need to approach the job with humility, she added, reminding themselves of the role of the government in people’s lives and its responsibility to make sure people’s basic needs are met and that the natural systems everyone depends on are healthy.

Ultimately, she said, it’s about trust, and the need for governments to always operate in ways that build trust with the public.