Public health officials are urging British Columbians to get vaccinated and may move up the timeline of booster shots after the province identified its first case of the Omicron variant.

It is not yet known whether the variant of concern, first identified and publicized in South Africa on Nov. 24 but later found to be present in Belgian and Dutch cases the week before that, is more transmissible or more likely to cause severe illness, provincial health officer Dr. Bonnie Henry said Tuesday.

“It is inevitable, I believe, that we will see more cases, but what we’re not seeing right now is widespread transmission,” Henry said.

But as the province resumes full genomic sequencing of all positive COVID-19 tests to locate other cases, Henry and Health Minister Adrian Dix declined to introduce further measures to curb the variant’s likely proliferation.

And on Tuesday, while Henry introduced masking and capacity limits on worship services across the province, she also said enhanced restrictions on events and gatherings in some parts of the Interior and the North would be lifted due to low transmission rates.

Henry still echoed the World Health Organization’s caution against international travel for those over 60 or who are at high-risk, suggesting British Columbians stay “close to home” in the coming holiday season.

“It will take weeks and months for us to obtain more information,” said Henry of the variant. “What we can try to do is slow it down to understand exactly where the virus is right now.”

The first case of Omicron identified in B.C. is an individual in the Fraser Health region who recently returned from Nigeria. They are isolating and recovering at home, Henry said, and the province is currently isolating and testing 204 other individuals who returned from the 20 countries where the variant has been detected in recent days.

Also on Tuesday, the federal government beefed up its testing practices for travellers returning to Canada and added several African countries to the travel ban list, despite not banning travellers from European countries where the variant has also been found.

The new variant is a reminder that despite more than 91-per-cent vaccine coverage in B.C., “we are in a global storm,” Henry said.

Fewer than 10 per cent of people on the African continent have a single dose of vaccine, and fewer than half do in the Middle East.

Until everyone around the world has access to vaccines, whose patents have been closely held by their developers and protected by wealthy countries including Canada, the virus will continue to spread, increasing the likelihood of new and more dangerous mutations to arise.

“We live in the global community and we are all affected by what happens elsewhere,” said Henry.

The province plans to give third doses approximately six to eight months after an individual’s second dose, but says it’s waiting on the advice of the National Advisory Committee on Immunization before moving up booster shots in light of the new variant.

Both B.C.’s third and fourth waves were ushered in by loosened public health restrictions that allowed two variants, first the Alpha and most recently the Delta, to take hold in B.C.

Delta, which officials now know causes more serious illness than the original strain of COVID-19 and spreads more easily, comprises about 99.6 per cent of cases in the province right now.

There is no reason to believe Omicron won’t do the same if left unchecked, but Henry stressed that British Columbians are now well protected by vaccines.

Pfizer, BioNTech and Moderna executives have said that evidence indicates their vaccines will also be highly effective against the Omicron variant, which has 50 identified mutations from the original strain, compared to 20 identified in Delta.

Henry stressed the importance of vaccinating the 350,000 children five to 11 who are now eligible and comprise the largest group of unvaccinated people in B.C. 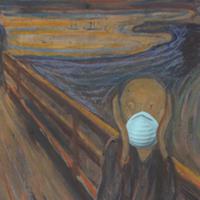 Omicron: More than Just a ‘Scariant’?

The “vast majority” of people who are unvaccinated in B.C. will likely be infected by COVID-19 at some point, Henry said in response to a question from The Tyee.

Ontario’s independent science advisory committee estimated earlier this year that as many as 90 per cent of unvaccinated people will be infected in the next 12 months.

And as vaccination rates edge up and the virus changes, that number is a “moving target” the province wants to minimize.

“We know this virus is endemic now. We can no longer contain it with some of the measures we had early on,” Henry said.

But vaccination reduces one’s risk of infection if exposed by 90 per cent, and is even more protective against severe illness, she stressed.

“The number one most important one that protects us all, that keeps us from getting very sick is vaccination,” said Henry.