People following the right virologists on Twitter have been aware since mid-November that something was up in South Africa.

On Friday, Nov. 26, the World Health Organization confirmed that it was serious indeed, by identifying a new COVID-19 strain as a Variant of Concern. Other agencies like the European Centre for Disease Prevention and Control agreed.

This was an impressively swift response, especially since health agencies on all levels are hesitant to upset their political masters.

But scientists online have been complaining that they’d long warned a truly scary variant could easily evolve because of the unequal distribution of vaccines around the world. Vaccinating ourselves first only ensured that COVID-19 would have a chance to spread and mutate in poor countries. We should have shared our vaccines, and perhaps prevented Omicron and other variants.

This is no doubt true, except that plenty of people in poor countries are as vaccine hesitant as we are.

Omicron’s origin is still as obscure as that of COVID-19 itself. Maybe it emerged in South Africa’s spike last July, in the austral winter when the country’s vaccination rate was negligible. Even now, Our World in Data reports that in the last week of November, South Africa had fully vaccinated only 23 per cent of its 60 million people, with another 4.5 percent partially vaccinated.

Or it is also possible that Omicron broke out somewhere else, perhaps even here in fairly well-vaccinated B.C. It could have spread around the world and been spotted in South Africa and Botswana weeks or months after its first emergence.

In any case, on Nov. 26, the Dow Jones fell off the proverbial cliff, ending up 900 points lower than Thursday’s close. Global markets were generally a mess, largely because investors decided people wouldn’t be swarming into airports anytime soon. They were right. Governments banned travel not just from South Africa but all of southern Africa.

Don’t expect that to hold the line on Omicron. At best, such bans might slow the rate of new clusters originating in southern Africa, but Omicron is doubtless outflanking us from airports elsewhere in the world.

Thanks in part to their own long experience with HIV-AIDS, South Africa and Botswana have excellent labs and scientists. That’s why they found Omicron — because they looked, not necessarily because it originated there. And if Botswana and South Africa hadn’t sounded the alarm, Omicron would still be spreading under the radar. Other governments are giving them a beating for their trouble.

But adequate surveillance would be costly, and public health budgets are notoriously underfunded. Politically, spotting a serious outbreak would be very hard. Those who found one in their own country would have to impose a travel ban or quarantine on themselves to keep it from spreading.

So travel bans are more political theatre than serious public health. They may make governments look decisive, but they usually have loopholes. Recall that Trump banned travel from China, but COVID-19 came into the U.S. from Europe.

A country that was serious would seal itself off from the world as soon as it spotted its first Omicron case, rather than just shun other countries. Instead, Israel has closed itself off from just foreigners, as if returning Israelis would be OK after three days in quarantine. Japan has done the same. Morocco has suspended all incoming flights, but so far just for two weeks.

Even as countries banned travel from South Africa, within hours some were reporting local Omicron cases. Two cases in Ottawa were reported on Sunday afternoon.

While Omicron is still just another strain, we need to remember that new strains aren’t always as scary as they look. We have only a few Omicron cases to go by, and we don’t even know if it’s behind the recent increase in cases in southern Africa. 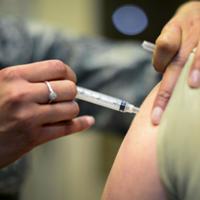 Job One: Vaccinate the World

But are such cases asymptomatic, or afflicting the vaccinated, or targeting the old or the young? We still don’t know.

Omicron may, in a week or two, be defined as what American microbiologist Florian Krammer calls a “scariant.” If so, it will be much less dangerous than we fear: less infectious, less harmful than Delta. If so, a lot of people will consider it just another scare story designed to stampede them into yet more lockdowns and more vaccinations. That in turn would give future variants more freedom to spread through populations (and health-care workers) and kill more of them than it otherwise could have.

Scientists are always correcting themselves as they learn more, but many in the public think science should have the final answer right now. If scientists downplay a new variant that turns out to be deadly, they’re blamed. If they sound the alarm over a new variant that turns out to be relatively mild, they’re blamed again. So on top of their duty to learn as much as they can about Omicron, scientists must also patiently and repeatedly explain themselves to a public too impatient for explanations.