While dozens of people have been arrested while protesting the Coastal GasLink natural gas pipeline in northern B.C., the government hasn’t done much at all to enforce laws protecting the environment during the pipeline’s construction.

Why is that, wondered Green Party Leader Sonia Furstenau in the B.C. legislature yesterday.

“On the one hand, the RCMP have eagerly enforced an injunction on behalf of CGL and this government’s fossil-fuel-expanding agenda,” Furstenau said.

Since last Thursday there have been at least 29 arrests, including several Wet’suwet’en members and supporters opposed to the project on the Indigenous nation’s Yintah, or traditional territory.

Three of the arrests were of journalists, two of whom were held in jail over the weekend.

RCMP enforcement of the injunction came after land defenders blocked the Morice West Forest Service Road and cut the access route for 500 workers who were in camps to work on the 670-kilometre gas pipeline between the northeast of the province and Kitimat.

Meanwhile, Furstenau said, there appeared to be few consequences for Coastal GasLink violating environmental requirements while building the pipeline.

“CGL’s failures to comply with environmental requirements have resulted in damaged habitat, eroded waterways and the contamination of watersheds with pollutants,” she said.

In late 2020, B.C.’s Environmental Assessment Office found CGL’s activities were harming watersheds, and in early 2021 independent auditors found the company failed to meet eight out of nine requirements to control erosion and sediment, she said.

“Coastal GasLink has failed to reclaim and restore the waterways that they have polluted,” she said.

Responding for the government, Environment and Climate Change Strategy Minister George Heyman said the company has to meet the conditions set out in its environmental assessment certificate.

“Staff and inspectors that are part of the environmental assessment office have regularly conducted inspections,” he said. “They have issued orders. They have issued directions.”

When the company failed to comply with those directions, staff increased the level of inspection and issued more orders. “[They] are now going through the process of considering the application of administrative penalties to make the point. We take the conditions on this certificate seriously.”

Furstenau responded, “Administrative penalties, but no police raids yet, I understand. It’s clear that this company has been harming the environment, and this government has abdicated its responsibility to the public interest.”

The provincial government is also failing to uphold the protections of the Canadian Charter of Rights and Freedoms, Furstenau said, citing the arrests and incarceration of journalists Amber Bracken and Michael Toledano.

“We’re now learning that the RCMP had been tracking these specific journalists, which makes it very hard to understand how the police were saying, ‘We didn’t know that they were journalists when we arrested them.’”

The B.C. government also restricted press freedom last summer by allowing the unlawful enforcement of media exclusion zones at Fairy Creek, she added. “I think all of us, no matter where we stand on these issues, should be deeply concerned, because the role of the media and press freedom in democracy is essential.”

Solicitor General and Public Safety Minister Mike Farnworth said the government takes the freedom of the press seriously and that it is “a fundamental foundation of our democratic system,” adding that enforcement of court-ordered injunctions is done by the police and is not directed by the solicitor general or the government.

The arrested reporters were released after appearing in court and agreeing to the conditions the judge set for bail, Farnworth said. “The judicial process worked appropriately, and that’s as it should be. Not being directed by politicians.”

Some 40 media outlets and related organizations, including The Tyee, signed an open letter to Canada’s Public Safety Minister Marco Mendicino saying that reporters should not be arrested for doing their jobs.

“The decision to detain the press along with protesters represents a move by the RCMP to prevent the public from being informed about what is happening on the ground, during a standoff,” the letter said.

“As Canada and its democratic and civic institutions contend with and promise to redress their roles in the oppression and dispossession of Indigenous people on their land, journalists have a unique and express duty to bear witness to and comprehensively cover news events of consequence.” 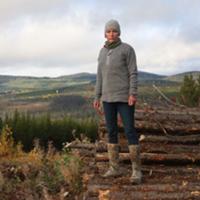 It was the second day in a row that Green MLAs have raised concerns in the B.C. legislature about the conflict over construction of the CGL pipeline.

On Monday, Indigenous Relations and Reconciliation Minister Murray Rankin said the provincial government is committed to sorting out the conflict through negotiations with the federal government and Wet’suwet’en Nation.

“We've been struggling to do so in the face of disunity,” he said. “There has been — it’s no secret — conflict between the elected and the hereditary system, but we continue to do this historic work.”

Adam Olsen, the MLA for Saanich North and the Islands and a member of the Tsartlip First Nation, said the government has been knowingly exploiting the divisions in Indigenous communities that were created through the Indian Act.

The province, he said, is unwilling to change the racist government structures that have created the conflict. “Instead of the much-assured reconciliation, what we have from this BC NDP government is more of the same divide-and-conquer tactics gift-wrapped in meaningless political rhetoric and empty promises.”