B.C. introduced tough “circuit-breaker” measures Thursday to deal with an “enormous challenge” as COVID-19 cases surge in the North and strain hospitals in the region and across the province.

Unvaccinated people in northern B.C. will not be allowed to socialize outside their households for more than a month, provincial health officer Dr. Bonnie Henry announced.

And the new restrictions will shut down bars, limit alcohol service in restaurants and require people to be vaccinated to attend social gatherings, which are still limited to five people or one additional household indoors and 25 people outdoors.

Weddings, funerals and other organized events must have a COVID-19 safety plan and enforce the vaccine card to only allow people who are fully vaccinated to attend. The same rule will apply to the rest of the province in 10 days. Indoor events may have 50 people maximum and 100 for events outdoors.

In-person worship services are not permitted and must take place online instead. Individual reflection or prayer may be set up in person, Henry said.

At least 58 patients, the vast majority unvaccinated and sick with COVID-19 and in need of critical care, have been flown hundreds of kilometres from their communities to hospitals on Vancouver Island and in the Lower Mainland in recent weeks. The North has 40 total base critical care beds.

“The situation in the north… is an enormous challenge not just for the North but for all of British Columbia,” said Health Minister Adrian Dix. “They are sick. They are desperately ill.”

The region with just six per cent of B.C.’s population accounts for nearly one-quarter of patients in critical care and 13 per cent of active cases in the province.

“We are seeing ICUs filling up with young, otherwise healthy individuals struggling to breathe,” Henry said. “It is unvaccinated younger people in their 30s, their 40s and their 50s who are getting severely ill and, sadly, are dying.”

In the last 24 hours, a person in their 20s died of the disease in the North, Henry said. They were unvaccinated.

The effects are being seen most in communities in northeast B.C., where vaccination rates are much lower. 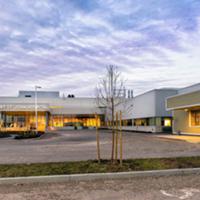 Communities in northwestern B.C. including Terrace, Kitimat, Haida Gwaii, Prince Rupert, Stikine, Telegraph, Snow Country and the Nisga’a Nation are exempt from the circuit-breaker restrictions due to their high vaccination and low transmission rates.

The restrictions target communities with the lowest rates of vaccination, including the areas around Peace River and Fort Nelson, where as few as 53 per cent of adults are fully vaccinated compared to the 83 per cent who have their shots provincewide. The measures took effect Thursday at midnight and will last until Nov. 19.

Bars and pubs without full meal service must close until the circuit-breaker ends, and restaurants need to stop serving liquor at 10 p.m.

These high-risk settings, where unvaccinated and vaccinated people mix, are no longer safe, Henry said.

And non-essential travel outside people’s communities is also being discouraged. 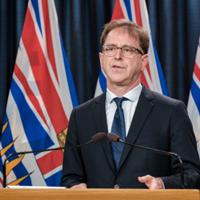 “These measures are to stop transmission and to save lives,” said Henry.

The high COVID-19 rate in Northern Health means third booster shots could be coming to seniors, Elders and those vaccinated first in the region. Details are coming in the next few days, Henry said.

Henry and Dix denied these measures were taken too late, despite concerning trends in the North since the fourth wave began to take hold in August and surges in the Delta variant in July.

The more transmissible variant now makes up virtually 100 per cent of cases, Henry said, meaning contacts with unvaccinated people are riskier than ever before.

“It is time to get vaccinated,” said Dix.