Canada’s federal parties are ignoring the reality that marginalized and Indigenous communities are hit hardest by climate change this election cycle, critics say, even after the summer of climate-related disasters disproportionately harmed BIPOC and marginalized communities.

Take the village of Lytton, which made international headlines when it broke all-time Canadian heat records one day and burned to the ground the next.

“We’re still trying to find our bearings, so many people are displaced or not in the community right now,” Haugen told The Tyee. “We have no place to go see a doctor, to bank, to go shopping, no pharmacy.” People have lost all of their possessions and are trying to work out if they still have a job after their worksites, like the bank and post office, burnt down, he says.

Seven houses that survived the fire two months ago have no water or sewage hookups, and the internet is still down in some areas, he said.

Another challenge is next week’s federal election, as there’s no good place to set up a voting centre, Haugen said.

Climate change is also impacting the region’s agriculture. The Lytton First Nation is working to revitalize farming, but wildfires keep damaging irrigation systems and droughts limit water use, he said.

“We feel the effects of climate change much sooner and on a broader scale, because many Indigenous communities still rely on the land and its resources — the animals, fish and plants,” Haugen said.

So why aren’t Canada’s major political parties talking about how to protect communities on the frontlines of climate change?

Election cycles highlight issues that are important to Canadians, like health care and jobs — but also reveal what Canadians pay lip service to, like protecting vulnerable people, he said.

“This society wasn’t designed to protect people, it was designed to make money,” Charles said.

When it comes to protecting marginalized and BIPOC communities “regular people don’t care about it that much,” he said. “If we cared about it enough, it would be an important topic.”

Environmental racism is a term used to describe how BIPOC and marginalized communities are disproportionately exposed to pollution, Charles said.

It exists in urban settings, where racialized Toronto neighbourhoods like Scarborough and Etobicoke North face higher levels of air pollution, he said. It also affects Indigenous communities, like the Aamjiwnaang First Nation whose reserve lands near Sarnia, Ontario, are sandwiched between a Suncor Energy refinery to the north and a Shell Canada refinery to the south.

Charles said race determines how hard someone will be hit by the impacts of climate change. The historical injustices of colonization mean BIPOC communities are located in the most vulnerable areas of the country and often lack the infrastructure needed to be resilient to climate change.

He added that authorities tend to take community problems more seriously if the community is white.

Amber Bernard, Indigenous Climate Action external media co-ordinator, said Indigenous people in Canada and around the world are hit first and hardest by climate change and the least responsible for causing it. Bernard is Mi'kmaq and a member of the We'koqma'q First Nation.

“It’s colonialism and extractive capitalism that continues to perpetuate this harm towards Indigenous communities when it comes to consequences of the climate crisis, which is a consequence of capitalistic extractivism,” Bernard said. “One of the reasons we’re most hit is because of this very deeply entrenched colonialism that has shaped how the government works today.”

The government is set up to oppress and dispossess First Nations’ peoples while undermining self-determination and sovereignty, Bernard said.

Clear cutting old-growth forests, for example, increases the risk that communities will be impacted by climate change-related events, like droughts, flooding and wildfire, according to a Sierra Club BC report this spring.

“The major parties are ignoring how the climate crisis will make inequality even worse and make marginalized and Indigenous communities even more vulnerable,” said Aurora Tejeida, Sierra Club BC communication co-lead.

In B.C., Indigenous communities are impacted by environmental degradation, like floods, droughts and wildfires and the decline of traditional food sources like salmon and caribou, she said.

And by fossil fuel projects like the Trans Mountain pipeline expansion and Coastal GasLink pipeline, which has damaged or destroyed ancestral sites. The B.C. environmental assessment office also doesn’t look at the relationship between work camps and higher rates of violence against Indigenous women, she said.

Haugen, Charles, Bernard and Tejeida said they haven’t seen anything in party platforms or from local candidates directly addressing the issue of climate change and BIPOC and marginalized communities. 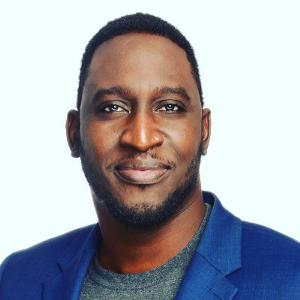 Naolo Charles, founder of the Black Environmental Initiative, says all politicians should be held accountable for environmental racism.

The Tyee emailed the Greens, NDP, Liberals and Conservatives asking what the parties would do to protect vulnerable populations from climate change but did not hear back.

Charles said it’s important not to have a single political champion to address climate change and environmental racism. Canadians need to hold all its politicians accountable and demand change.

So what can federal politicians do to protect marginalized and BIPOC communities from climate change?

Protect climate activists, says Charles. Politicians should be thanking protesters for helping the country move towards its climate goals, he said.

An August report from the Indigenous Environmental Network and Oil Change International found Indigenous land defenders over the past decade in North America have prevented around 808 million metric tonnes of carbon dioxide from being emitted — equal to one-quarter of annual total U.S. and Canadian emissions.

Canada’s emissions have gone up over the past decade, to 730 megatonnes of CO2 in 2019 from 697 megatonnes in 2009. It has also spent nearly $20 million policing Indigenous opposition to fossil fuel infrastructure in B.C.

The Conservative platform says it will make protesting “critical infrastructure” illegal and references the 2020 rail blockades, a protest led by the Wet’suwet’en and Gitxsan nations against the Coastal GasLink pipeline in B.C.

Colonialism means First Nations are treated “as stakeholders and not the decision-makers we rightfully are,” she said, even though Indigenous communities on the frontlines of climate change are the most impacted by climate policy, or its absence.

Bernard said Canada should create policy that is led by and centres people who are hardest hit by and most vulnerable to the climate crisis, like Indigenous leaders and Traditional Knowledge holders.

He’d like to see federal and provincial governments increase funding for fire crews, so communities have consistent protection.

Remote communities also need access to nurses and doctors, he said. Staffing shortages are being felt across the province — even urban centres are being hit.

Remote communities also need funding to set up emergency communication technology, he said. The Lytton First Nation sent out a text warning people about the fire and evacuation order, but then the flames took out power lines and internet and cell reception crashed. Communities can invest in satellite dishes to use in emergency situations, he added.

Cancelling the Trans Mountain expansion and Coastal GasLink pipeline is the least the government could do, she said. Supporting fossil fuel production makes it impossible for Canada to hit its “really weak” climate targets, and will continue to impact Indigenous, rural and vulnerable communities, she said. 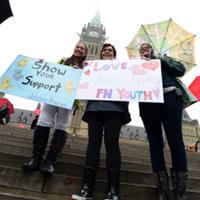 Where They Stand: The Parties on Indigenous Child Welfare

Haugen said he hasn’t heard politicians talking about how to protect communities during this campaign, but he has heard a lot of talk about protecting pipelines. That shows you where their priorities are, he said.

Experts also pointed to the need for a just transition to support workers and communities as fossil fuel industries wind down, and a commitment to recognize Indigenous self-governance and jurisdiction over traditional territories.

The Black Environmental Initiative’s Charles said it’s not possible for a colonial society to tackle climate change equitably because colonization created a world that benefits a select few and hurts everyone else.

We’ll need to decolonize to create a world where every race, gender and sexual orientation matters and is treated with mutual respect, he said.