Youth in B.C. jails are being subjected to long periods of damaging solitary confinement “with few meaningful safeguards and little effective oversight,” according to a damning report from the province’s ombudsperson released Tuesday.

And Indigenous youth and young women are especially likely to be locked up alone for 22 hours a day despite the risks for young people who are often dealing with mental health challenges and histories of trauma and abuse, says the report from Jay Chalke.

“Youth in custody… are some of the most vulnerable people in our society,” the report says. “When youth in custody are separately confined, they have little recourse to assert or protect their rights.”

The report found that while individual cases of solitary confinement fell to 72 from 570 in the last seven years, the average length of time in solitary tripled from 2017 to 2019.

The longest use of solitary saw a youth spend 78 days over a stretch of 81 days locked up for 22 hours a day.

Chalke said solitary confinement for 12- to 17-year-olds cuts them off from supports and does serious harm.

“Youth had limited and inconsistent access to mental health support, schooling and other programs,” he wrote, and were cut off from cultural and spiritual supports. If counsellors were communicating with the youths, it was often through a slot in their cell doors.

“Separate confinement was often accompanied by the repeated use of force, including forced clothing removal,” the report says, retraumatizing vulnerable youth. “Not surprisingly, youth struggled in this environment, and the isolation they faced contributed to a deterioration of their mental health over time.”

Longer stays in solitary — over 72 hours — “were most commonly used to respond to youth who were self-injuring or suicidal” and “experienced almost exclusively by female youth and mostly by Indigenous and racialized female youth.”

Jennifer Metcalfe, executive director of West Coast Prison Justice Society, an advocacy group that provides legal-aid to prisoners in Canada, said she was “pained” by the report.

“It’s heartbreaking to hear about this happening to people who are so young, and who get involved in the justice system. They are the ones who need more support… it's particularly upsetting with the recent news about residential schools,” Metcalfe told The Tyee.

“All of this just goes to show how Canada continues to keep young Indigenous people in conditions that the United Nations considers to be torture.”

Indigenous youth account for about 10 per cent of B.C.’s youth population, but 49 per cent of all youth locked up in 2019. The Truth and Reconciliation Commission found over-incarceration of Indigenous people resulted from factors like the legacy of colonization and residential schools.

The report noted the Ministry of Children and Families’ operations manual claims a main objective of its custody services is to “consult with Indigenous communities and invite Indigenous community participation in making services more relevant and responsive to Indigenous youth.” That’s not reflected in the use of solitary confinement.

Minister of Children and Family Development Mitzi Dean responded to the report in a letter that said the ministry has “more work to do to create a trauma-informed model within youth custody centres and build in better protections for youth, quality assurance and oversight processes.”

Dean said that she found the acts of forcibly removing the clothing of youth and locking them up in solitary confinement “deeply disturbing. They have no place in a trauma-informed model and I have been assured that staff have recently issued a policy directive to make it clear such practices can never happen.”

A major concern in the ombudsperson’s report was the lack of complex care, including mental health supports, for youth in custody centres and the use of force to compel them to co-operate with officers.

One of the cases includes a girl who tried to avoid contact with staff by ignoring their knocks on her door. When the girl refused to go to the isolation unit one day and started harming herself the officers violently forced her to go with them.

The prison justice society’s Metcalfe said using force is the easy way out and reveals a lack of understanding of trauma.

For instance, she noted, one symptom of post-traumatic stress disorder is hyper-vigilance.

“So if they’re constantly afraid that someone is going to attack you, then they might act out pre-emptively… such people should be provided with mental health support,” Metcalfe said.

If someone is self-harming or suicidal they need a trained person to talk with them and come up with a care plan to identify their triggers,” she said. “It’s important to give them treatments for the trauma that they’ve already experienced instead of just compounding that trauma.”

The report outlined 26 recommendations including mental health training for staff, encouraging meaningful social contact among youth in custody, access to counselling services and using solitary confinement as a last resort while limiting stays to one day.

The report also recommended that youth with complex care needs should be transferred to a designated youth psychiatric facility.

Chalke said the recommendations aren’t just about adding resources but transforming the way staff approach youth in custody in a way that helps treat their mental illnesses. 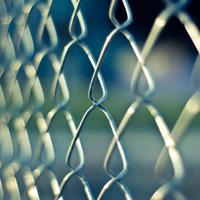 Helping the Forgotten Kids of Parents in Prison

“Major changes will just have to be made,” Chalke said. The report calls for implementation of all the recommendations over the next three years.

Grace Pastine, litigation director at the BC Liberties Association, said she was pleased the important report had been released.

But she said it’s shameful that “this is the state of affairs in Canada.” There shouldn’t be any debate about the costs, Pastine said. “Upholding fundamental rights and freedoms always requires an investment of resources.”