Within B.C., the KUU-US Crisis Line Society providing First Nations and Indigenous-specific support can be reached toll free at any time at 1-800-588-8717 or online here.

Implement all 94 Calls to Action from the Truth and Reconciliation Commission.

Fund searches on the grounds of every residential school in Canada.

Those were some initial calls from Indigenous leaders on how Canada can take meaningful action following the discovery of at least 215 children buried in unmarked graves at a former Kamloops residential school.

Indigenous communities will need to lead the next steps, they emphasized.

But first, those communities will need time — to grieve, to process and to consider what should happen in the wake of devastating news that has resurfaced the trauma of Canada’s colonial legacy and genocide against Indigenous people.

“There are a lot of communities that have been re-traumatized, re-triggered. There’s a lot of grieving going on,” Grand Chief Stewart Phillip of the Union of BC Indian Chiefs said this week. “It’s been a very, very traumatic week for all of our people, not only here in British Columbia, but right across the country.”

The discovery was made last week at the site of the former Kamloops Indian Residential School by specialists using ground-penetrating radar, under the guidance of the local Tk'emlúps te Secwépemc First Nation. While the news created shockwaves across Canada and internationally, it did not come as a surprise to residential school survivors who have long spoken about the high death toll at facilities designed to separate Indigenous children from their families, language and culture.

BC Assembly of First Nations Regional Chief Terry Teegee said the province’s First Nations will need time to process the news before considering what comes next.

“We’re very early. I think we’ve got to be careful not to assume things or jump to conclusions,” Teegee said about the difficult discovery. While it brings affirmation to survivors, it also resurfaces memories of the horrible conditions at the facilities known for inflicting hunger, disease and abuse on Indigenous children, he said.

“This definitely has really opened a lot of wounds and scars of the residential school system, and there are supports out there, but certainly there will be more supports needed for the mental health of our people.”

Because Indigenous children were taken from homes throughout the province and brought to Kamloops, First Nations across B.C. are affected by the discovery. What comes next at the Kamloops site needs to be led by the Tk’emlúps te Secwépemc First Nation, in consultation with other nations, he said.

“They and their community, their Elders, their leadership, will be leading this. First and foremost, we’ve got to respect that,” Teegee said.

Phillip called for patience as the communities process the news that long-lost relatives may be amongst those buried at the Kamloops site.

But he added that Indigenous leaders are already speaking amongst themselves and with various levels of government about how to move forward.

“We haven’t reached a consensus at this point in time, but it will emerge,” Phillip said. “There’s such an enormous groundswell of support for something very concrete and effective to be done here.”

Currently, Phillip added, there is momentum within the Indigenous community to see the federal government fund a thorough search of all residential school sites across the country.

The move, which could provide closure for families whose relatives were taken to distant residential schools but never returned home, is among the Calls to Action released by the Truth and Reconciliation Commission in 2015. Over the past week, calls have been rising for the federal government to implement the recommendations in their entirety.

The 94 Calls to Action includes five calls under the heading “Missing Children and Burial Information." Those include the release of residential school death records by churches and governments and the allocation of resources to locate, map and commemorate burial sites.

Indigenous communities should lead the investigations, and their protocols should be respected “before any potentially invasive technical inspection and investigation of a cemetery site,” the recommendations say.

The Truth and Reconciliation Commission, which began in 2008, culminated in a final report that includes a 273-page chapter on “Missing Children and Unmarked Burials.” The commission found that the government and residential schools did not record the names of 32 per cent of children who died in their care.

Murray Sinclair, former chair of the Truth and Reconciliation Commission, said in a recorded statement Tuesday that the enormity of the death toll at residential schools was unexpected by commissioners.

“The one aspect of residential schools that really proved to be quite shocking to me personally was the stories that we began to gather of children who died in the schools, of children who died sometimes deliberately at the hands of others who were there, in such large numbers,” Sinclair said.

“We had no expectation that this would be part of the work that we were doing, so we asked the government to allow us to conduct a fuller inquiry into that part of the work of the Truth and Reconciliation Commission, in order to explore that on behalf of the survivors and the Canadian public.”

In 2009, the commission requested an additional $1.5 million to work with communities in identifying cemeteries and gravesites, as well as helping individuals locate lost loved ones.

“That request was denied,” Sinclair said. “We did what we could, but it wasn’t anywhere near what we needed to accomplish and needed to investigate.”

In addition, the final report says that the commission’s work was hampered by the government’s unwillingness to turn over documentation about deaths at the facilities. Sinclair called on the government to stop hiding the documents and disclose the data, “so that we can get to the truth.”

Canada needs to understand the magnitude of what happened, he added.

There will be other sites similar to Kamloops, he added: “We need to begin to prepare ourselves for that.”

Any future searches need to be sufficiently resourced by the federal government, Teegee said, including support for mental health.

“We appreciate all the gestures, and that solidarity for recognizing these children and the other lost children out there, but that has to translate into real concrete action,” Teegee said.

Teegee noted that Indigenous communities have taken differing approaches to former residential school buildings — some, like Kamloops, have chosen to keep them standing as an acknowledgement of their impact.

“Many other residential schools were knocked down because of that horrible history,” Teegee said. “It’s really up to the communities how best to proceed.”

Communities need to be prepared for more grim discoveries, Teegee emphasized. There were 139 residential schools across Canada, about two dozen of those in B.C.

He added that some communities might not be ready for the uncovering of more burial sites.

Others are proceeding with or without the government’s help. On Friday, a GoFundMe campaign to search several sites on Vancouver Island had quadrupled its initial goal three days after being launched.

“We can no longer rely on government to take initiative,” the page reads. “Following our protocols, guided by our Elders and working with our young people, we want to start searching the residential school properties. Using the technology that was used at Tk'emlups residential school it is critical we begin searching for more of our lost children.”

On the East Coast, the Mi’kmaq said earlier this week that it has been doing ground-penetrating radar searches like those done in Kamloops.

In a news release issued Tuesday, the Tŝilhqot’in Nation also called for more searches at former residential schools, including one in nearby Williams Lake.

“For far too long the voices of Indigenous people have been pushed aside as people choose to not believe what happened in our not-so-distant past,” the statement reads. “To fully know the truth of Residential Schools in B.C. there needs to be further investigation into the former Residential School lands. This includes the use of ground-penetrating radar to fully understand the extent of the atrocities at these sites. Of particular interest is the St. Joseph’s Mission in Williams Lake, B.C. where Tŝilhqot’in children never returned home from.” 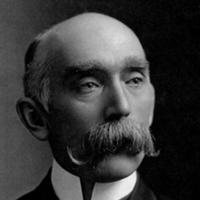 ‘The Story of a National Crime’

“They continue to appeal decisions that were made, that the Human Rights Tribunal agreed with our side of the story in terms of putting proper resources to children that are in care,” he said.

Phillip spoke to the resilience of the Indigenous community.

“You know, our people are amazing,” he said. “We have women’s groups. We have youth groups.... We have our Elders who always provide that power for moral support for us.”

But now there needs to be accountability for the harms against Indigenous people perpetrated by Canada’s residential school system, he said.

“I think we’ll get through this, but at the end of the day, we have to move this issue.”