Following almost two weeks of confusion around British Columbia’s vague travel restrictions, the province said roadblocks and ticketing of non-essential travellers could begin as soon as this weekend.

The government had announced plans to ban non-essential travel between three regions based on health authority boundaries. Vancouver Coastal and Fraser Health regions are considered one region under the order, as are Northern and Interior Health regions. Island Health’s borders will remain unchanged.

The RCMP will set up periodic roadblocks on major routes between regions defined by the order with signage alerting travellers along the route. They will be able to either issue a $230 ticket or ask people they believe are travelling recreationally to turn around.

The roadblocks are similar to those used to find impaired drivers, Solicitor General Mike Farnworth said today. Police will only collect identifying information from the driver if they enforce the order, and documentation for travel reason is not required.

Essential travel, including for school, work, fleeing violence, visits to long-term care or assisted living residents, and moving to a new residence is allowed. Passengers in the vehicle also will not be asked to provide identification.

“The primary goal of these roadchecks is to educate and deter people from non-essential travel,” said Farnworth.

The travel ban was first announced by Premier John Horgan on April 19 and was to bar travel between all five provincial health authorities. There has been uncertainty about the rules and enforcement plans until today.

Farnworth said the ban is already having an impact. BC Ferries saw a 30-per-cent decrease in vehicle travel and a 40-per-cent reduction in foot passengers last weekend compared to previous weeks, he said. BC Parks has also seen more than 5,000 bookings cancelled or rescheduled in the last week.

“We’ve seen a real response from the public,” said Farnworth. “That speaks volumes.”

The details come after weeks of concerns about over-policing and arbitrary stops of Black, Indigenous and other racialized communities under expanded police powers.

The BC Civil Liberties Association and 10 other Indigenous and advocacy organizations previously wrote two letters to the province seeking clarity on how racialized communities will be protected from targeting.

BCCLA executive director Harsha Walia said today’s announcement addressed many of the previous concerns about arbitrary stops, but the expansion of police powers is concerning.

“Both the expansion in police powers and the discretionary police power to enforce and issue fines runs the real risk of further entrenching systemic racism in policing,” said Walia in a news release. “We urge the province to strongly consider the impacts this order has on already over-policed communities.”

Farnworth said he consulted with representatives of racialized communities and much of what they discussed shaped the details of the measures implemented. “This is not about targeting people or randomly stopping them.”

The details come on the heels of a week filled with further confusion about pop-up vaccination clinics run by Fraser Health in Coquitlam and Surrey.

The clinics were intended to increase vaccination in communities with higher exposure rates.

But residents of hot spots reported only hearing about clinics through WhatsApp and social media chains, and then waiting hours in line to get a dose. Some waited upwards of five hours only to be told there were no doses left, and others complained people from outside Fraser Health were getting vaccines at the clinics.

“The whole vaccine rollout has had issues around access and pushing messages into the public to get the vaccine as soon as it’s available,” said Alice Fleerackers, whose doctoral work at Simon Fraser University focuses on public health communication. “And having that vaccine not be available when they decide they’re ready just adds one more barrier.”

Fraser Health said due to vaccine supply and confusion it will halt pop-up clinics until it can figure out a more effective way to communicate vaccine clinics to the communities it’s targeting.

But at a critical time for people to be following rules and getting vaccines as cases and variants surge, some experts say confused communications about the clinics and the travel ban risks undermining public trust.

“This clarity of where we’re going, I just don’t get it anymore,” said Dr. Brian Conway, director of the Vancouver Infectious Diseases Centre. 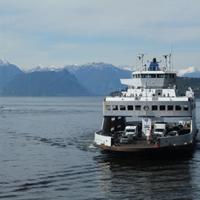 He and Fleerackers agree that fatigue and confusion can lead many to feel it’s impossible to stay abreast of new regulations or follow them, even if they want to do the right thing.

“We’re exhausted and that just means it’s going to take even more of a push to help people maintain what’s already a really challenging situation for even longer than we feel prepared to do,” said Fleerackers.

But concerns about efforts not being perfect shouldn’t prevent public health from continuing to try to reach high-transmission communities that need the most support, Conway said.

Clarity should be the number one priority of public health communication, particularly when getting vaccinated has been emphasized so heavily.

Confusing or overly complex measures could “lead to slippage in adherence to public health orders that have served us well when we really need it,” said Conway.