British Columbia will ban non-essential travel between three large regions in the province until May 25 in an effort to quell travel-related transmission from virus hotspots.

The order creates three regions based on health authority boundaries. Vancouver Coastal and Fraser Health regions will be considered one region under the order, as will Northern and Interior Health regions. Vancouver Island Health’s borders will remain unchanged.

“While the province and the provincial health officer have long asked British Columbians to stay within their own communities, the time has come to formally restrict non-essential travel,” Solicitor General Mike Farnworth said today.

But civil liberties and Indigenous groups remain concerned the measures could infringe on people’s rights, extend police powers and be used selectively against Indigenous and Black people and people of colour.

The move comes after nearly six months of pressure to make the provincial advisory against travel enforceable as recreational travel exported the virus and its variants from the Lower Mainland.

Hospitalizations are at a record high and have caused nine Lower Mainland hospitals to postpone non-urgent scheduled surgeries for the next two weeks.

“These measures most importantly can save lives, and it’s in the best interest of all British Columbians to follow them,” said Farnworth.

While the regions are large, Farnworth said the goal is to stop people travelling long distances away from their communities.

Tourism industry associations are also working with the province to cancel out-of-region and interprovincial accommodation bookings, he said, although it is not required.

And signage on major routes along the border with Alberta will discourage travellers from outside B.C. The province has again declined to release the legal opinion it has cited for nearly a year in its decision not to introduce stricter interprovincial travel measures.

But details on how today’s order will be implemented or affect public behaviour within B.C. remain murky and won’t be finalized until next week.

Farnworth said BC Ferries will turn away recreational vehicle bookings like RVs and campers from sailings and will be asking people their reasons for travel.

There will also be periodic police checkpoints on major routes into and out of health regions, similar to those used to find impaired drivers.

Anyone found to be travelling recreationally between regions could be fined $575 along with having their sailing or booking revoked.

A letter from 11 First Nations and civil liberties organizations raised concerns that increased police enforcement will disproportionately penalize Black and Indigenous people and people of colour.

“The lack of information and details about the order has raised many alarm bells, especially in the middle of a global and local reckoning about systemic racism in policing and policing powers,” reads the letter signed by the British Columbia Assembly of First Nations and others.

It asks what powers the order grants police and whether people will have to show evidence of their reason to travel.

Farnworth said he met with racialized groups Thursday and was asked to keep the meeting’s content and participants confidential.

When asked what safeguards would be in place to ensure racialized people are not targeted, Farnworth said “things will be done in a way that is equitable and respectful of all British Columbians.”

“It’s not arbitrary or random,” Farnworth said. But he did not say who else, other than police, would be involved to ensure “what comes out is right.”

But the lack of consultation and limited information a week after Premier John Horgan said the restrictions were coming has raised concerns about rights and racism.

“We continue to have several concerns regarding the serious constitutional and privacy issues at stake, as well as the potential harmful impacts of this order on Indigenous, Black and racialized communities,” Harsha Walia of the BC Civil Liberties Association said today in a news release. 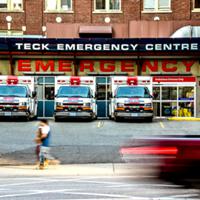 And the Union of BC Indian Chiefs says orders limiting movement of Indigenous peoples on their territories violates their inherent rights enshrined in the United Nations Declaration on the Rights of Indigenous Peoples. B.C. has passed legislation committing the province to accept the declaration.

“After another year of police murders of Indigenous peoples in B.C. and Canada, we are shocked that the province decided to unilaterally expand police authority,” said secretary-treasurer Kukpi7 Judy Wilson.

People with precarious migration status in particular could also be at further risk if traffic stops are used as pretext for other law enforcement action.

Details and the text of the order will be released early next week.

“It’s about reminding people that if we take this action now and if we don’t travel… come summer we’ll be in a much better place when we hopefully will be able to travel like we used to,” said Farnworth.