A lasting reminder of the trauma inflicted on First Nations in Canada will come down this summer and be replaced by a cultural centre in one of northern B.C.’s most remote Indigenous communities.

In an emotional ceremony this morning, B.C. Minister of Indigenous Relations and Reconciliation Murray Rankin announced a partnership between provincial, federal and Indigenous governments to fund the Daylu Dena Multi-Purpose Cultural Building, which will replace a former residential school in Lower Post.

It marks the end of a decades-long fight by northern First Nations to remove the residential school, which operated from 1951 to 1975 and has remained as a constant reminder of the violence inflicted by colonial governments.

“I never knew cruelty before I came here,” Julia Dickson, an Elder and residential school survivor from the Liard First Nation, said in an emotional video shared during the announcement.

Dickson was brought to the school at age eight from Ross River, Yukon, located 400 kilometres north of Lower Post.

Lower Post sits just below B.C.’s northern boundary with the Yukon, on the banks of the Liard River. It is home to Daylu Dena Council and approximately 300 people, according to the council’s website.

The nation’s traditional territory extends between B.C., the Yukon and the Northwest Territories. Indigenous children from throughout the region were brought to the school, which remained as an administrative building until it was damaged by water two years ago.

“This torch has been the torch that’s been passed off from leader to leader, to get rid of and finally remove this horrible building that’s been in the centre of our community and the centre of our lives for many people,” Daylu Dena Council Deputy Chief Harlan Schilling said, thanking the community and First Nations who helped move the project along.

“This means so much for the younger generation,” he said. “It’s going to give us a chance to start that healing process.”

He called the new building “a new start.”

It will include rooms for beading, storytelling and Elders’ tea, an indoor gymnasium, industrial kitchen, garden and outdoor recreation areas and will replace the remaining portion of the former Lower Post residential school, which was used as council office space until June.

The federal government will invest $11.5 million in the new facility, with the province providing $1.5 million and the Daylu Dena Council $538,960.

Indigenous Services Canada will provide an additional $1.3 million to demolish the remaining structure of the former residential school and remove hazardous materials.

Schilling expressed “so much respect” for B.C. Premier John Horgan, who visited the remote community in 2019 following wildfires the year before, visiting the residential school building and hearing firsthand stories from survivors.

Horgan said he was deeply moved by the visit.

“I think we would all acknowledge, having heard the stories, as I did, of Elders who were fearful of a building in the middle of their territory for decades and decades, not able to take action themselves because of the constraints of the colonial governments that were overseeing these projects,” he said.

He credited the Three Nations, which includes neighbouring Kaska, Tahltan and Taku River Tlingit governments, with their perseverance, calling the announcement a “profound symbol of reconciliation” and a modest first step toward genuine reconciliation and healing.

“I cannot stand here much longer without coming to tears about the stories I heard while I was in the building that we are so gratefully tearing down now,” Horgan said. “I look forward to visiting, to celebrate the new beginning of a multi-purpose facility designed, built and operated for the people of the territory by the people of the territory.”

“What a beautiful day this is, today,” Day said, expressing emotion after watching the video. 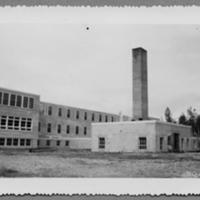 Tear Down Residential Schools, or Keep Them as Memorials? Communities Should Decide

Day acknowledged the strength of residential school survivors throughout the country whose strength and endurance have allowed future generations to thrive.

“This is a very joyous day. I hope it brings healing to all those who need healing and, just as importantly, I hope that it paves the way for our children and grandchild so we can build a better, brighter future for everybody.”

“When I first heard the news of what is about to happen, I kind of experienced a bit of a shock,” he said. “From this we’ll eventually relearn how to celebrate properly and get on with our lives.”

The new building is expected to be completed in 2022.