Canada’s federal and provincial governments could save lives and money by mandating performance standards for the cloth masks that people have been wearing during the COVID-19 pandemic, but frustratingly they’ve failed to act.

That’s the assessment of Stephen Salter, a Victoria environmental engineer with 40 years of experience.

“If a mask is a good idea, then a good mask is a better idea,” said Salter, whose background includes working on air pollution controls, a field that requires expertise on how aerosol particles move through the air and how to remove them from it.

“We’ve used lockdowns and physical distancing as barriers, but as we work indoors, really we need a better barrier,” he said. “The obvious better barrier is a mask to deal with particles at the source.”

Masks are also a hedge against concerns that new variants of the virus may be more contagious or more difficult to control through vaccination.

“Regardless of the variant of COVID-19, better masks are still helpful,” Salter said.

The problem is that many of the masks that are widely available are ineffective. In the early months of the pandemic, Salter bought 10 different imported masks and tested how effective each was at removing airborne particles. He included disposable and cloth masks that cost as much as $45.

The worst only removed three per cent of particles, making it only slightly better than not wearing a mask at all.

Most masks will catch big droplets, like from a cough or sneeze, Salter said, but there’s lots of medical research indicating the virus that causes COVID-19 can be transmitted by small droplets like those emitted with normal breathing.

“To filter these aerosol particles requires a more effective mask than the ones we are wearing,” he said.

So Salter put his engineering know how to work and set about making a better one. He thought about materials that would make a good filter, settled on cotton batting, came up with a design he thought would fit people well, and produced a few. 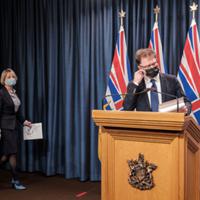 BC Ramps Up ‘Urgent’ COVID Restrictions

When he had prototypes he liked, he sent them to a lab in Boston and two labs in Vancouver for “fit testing” where their efficiency was measured while test subjects were wearing them. The results came back that the masks were between 76- and 90-per-cent effective against aerosols, Salter said.

“If can do that in my kitchen, what could manufacturers do?”

He published his findings in Risk Analysis: An International Journal and made his patterns and instructions available online.

His family members and volunteers have produced about 1,000 masks, but more capacity is needed to make a real difference.

It should be possible for professionals to make cotton masks in bulk for the public that would be 90-per-cent effective, much better than the average mask now available, Salter said. Moreover, he figures it could be done quite cheaply, for about $6 per mask.

“People are buying whatever they can today,” he said, noting that some people will be able to pay more for masks than others will. “People with limited income are going to buy whatever masks they can afford, and those are likely the worst.”

Making better masks available to everyone is possible but would require government intervention or regulation to make it happen, Salter said. Currently government regulations only cover medical masks.

Governments set safety standards for hockey helmets, children’s car seats and all kinds of consumer goods, but there’s no basic standards for the masks people are wearing to protect their own and other people’s health.

“It’s a neglected area,” Salter said. “All kinds of consumer products, but this we’ve neglected. It’s an opportunity.”

The BC Centre for Disease Control says, “masks are most effective when fitted, worn and handled correctly” and offers advice, including that they “be made of three layers of fabric, including two layers of tightly woven fabric, with a filter or filter fabric between layers.” 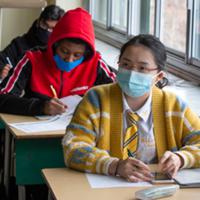 It’s one thing to give people guidance to wear a mask, but another to make sure they can get a good one and use it in a way that’s going to be effective, Salter said. “People have not been trained to understand masks. We don’t know what makes a good mask.”

Even if the federal government paid to provide a high-quality mask to every Canadian, it would cost virtually nothing compared to what the pandemic has cost the country and the initiative would likely pay for itself through reduced cases and fewer hospitalizations, he said.

In Taiwan, Salter said, the country has had standards for masks in place since the 2003 SARS outbreak. With the emergence of COVID-19, requirements for masks were quickly put in place. “They didn’t dither," he said.

That may be part of the reason Taiwan, with 24 million people, has had only nine deaths from the virus while Canada has had more than 21,700, he said. 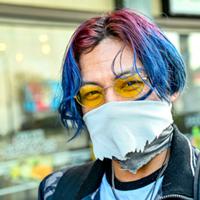 How You Can Make a Mask that Works. And More New Science Journal Info

And yet Salter has been frustrated in efforts to get Canadian federal and provincial authorities to consider the issue. Over the past few months, he’s made more than 80 attempts to contact politicians and civil servants. There’s been interest in what he has to say about improving masks, but nobody has taken it on.

“It has been, and you can quote me on this, ‘Good idea, not my department,’” he said, adding it requires the involvement of both health and industry officials.

“‘Not my department’ is a failure of a system that’s built on silos. I believe this kind of fell between two silos, but I don’t believe that’s an excuse.”

With case numbers continuing to be high and with dozens of deaths a day, Canada needs to learn from its experiences and those of Taiwan and other countries, Salter said. “I believe we failed to do that, and I don’t believe we can afford to fail again,” he said. “A country can do a tremendous amount to help itself.”