When COVID-19 vaccines began to arrive in British Columbia, many in Stephanie Allen’s family and the wider Black and African diaspora communities were far from relieved.

Allen, founder of the Hogan’s Alley Society, says she talked about the vaccine with a cousin, who pointed to governments' failures to collect and publish race-based pandemic data despite almost a year of requests.

“‘Here’s a system that’s neglected us forever,’” Allen recalls him saying. “‘They don’t prioritize us, they don’t put our health issues first. They don’t even want to understand how we’re being impacted in this country, by any diseases... they don’t have that kind of information at the ready. They don’t use it.’”

Many people, Allen said, are asking "Now, what? They want us to have a vaccine? I don’t trust it."

Allen says the mistrust is deep and warranted. And Black advocates are stepping up to provide targeted information to fill the gap left by public health officials.

Vaccine distrust and hesitancy is high among Black individuals because of the horrific ways medicine and science has treated or ignored Black bodies, say Allen and society co-chair June Francis.

Numerous well-known instances of medical and scientific racism have laid this foundation, including the Tuskegee experiment where researchers withheld treatment for Black people who had syphilis without informed consent across four decades, and the taking of cancer cells from Henrietta Lacks without her knowledge or consent for pharmaceutical research and profit.

In Canada, and around the world, there is still little research on conditions that affect Black people disproportionately or the specific effects of illnesses such as breast cancer on Black people.

Why, Allen asks, would Black people trust that the vaccine has been tested with their health concerns in mind?

Francis, also the director of the Institute for Diaspora Studies and Engagement at Simon Fraser University, said the way Black people have been treated in B.C. and around the world during the pandemic has further demonstrated how deeply medical racism runs.

Francis pointed to April comments by two French doctors who said vaccine trials should begin in Africa as an indication that colonial and racist attitudes are still alive in public health.

The doctors withdrew their comments. “But it’s an instinct they have to think that our bodies can be the site of a test,” she said.

A recent U.S. study found that half of Black adults would definitely or probably get vaccinated if it were proven to be safe and free, compared to 65 per cent of white adults.

Twenty per cent of Black adults said they would definitely not be vaccinated, compared to two per cent of white respondents.

Experts suspect attitudes are similar in Canada, but there is no Canadian data to show if that’s the case.

Allen says B.C.’s failure to collect and publish race-based data, despite agreeing to do so in June, is fuelling distrust in public health at a time when vaccine uptake is critical.

Data from the U.S. and Peel region in Ontario indicate Black, Indigenous and racialized communities are bearing the brunt of the pandemic.

A voluntary survey circulated by the province over the summer also found that Black and Indigenous people were disproportionately struggling financially and with their health during the pandemic.

But in B.C., public health officials and communities have no real information when it comes to understanding how systemic racism and other factors affect the health of Black people.

“The fact public health in B.C. hasn’t had a conversation about how Black people are disproportionately affected and what that means for vaccination... it’s another kind of failure,” she said. “It shows me that these systems have really still not understood the importance of it. And it was about people’s lives.”

The Tyee asked provincial health officer Dr. Bonnie Henry how the province planned to address race and community-specific vaccine concerns for Black and Indigenous people. She did not provide specifics but said the province would focus on vaccine education in multiple languages as it becomes available to the public in the spring.

“This is a new technology and people will have questions... these are very important conversations,” said Henry. “This virus has differentially affected different populations, and we need equal and equitable vaccine access.”

Allen and Francis have begun reaching out to community leaders, health-care providers and the Federation of Black Canadians, where Allen is a board member, to collect questions about the vaccine and figure out culturally-specific ways to address them. 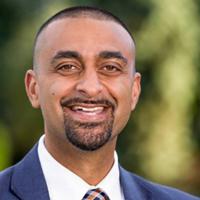 After Years of Denial, BC and Vancouver Commit to Gathering Race-Based Data

That could include online town halls, print resources posted in community centres or social media campaigns, Allen said. Efforts are still in the early planning stages.

They hope this work can validate the communities’ concerns and give them all the information possible so they can make an informed decision on vaccination.

“There’s no general lack of trust in science. It’s a lack of trust in the way science has treated us,” said Francis. “We’re not against vaccinations, we just don’t trust that testing has paid attention to our bodies in ways that are appropriate.”

While the vaccine is an acute issue, Allen stressed that it is just one symptom of the broader need to combat anti-Black racism in health care.

“We’re not going to get away from racism in society. It’s not just policing, it’s health care, it’s education. And it is time white folks take responsibility for addressing it,” said Allen. “White supremacy is a crisis. This is a crisis.”