Some of the loudest and most prominent opponents of the Trans Mountain pipeline are the Secwépemc women who live in tiny wood houses along the oilsands project’s route.

But there’s a part of their message that’s received relatively little attention during a year when they’ve been violently attacked, arrested by the RCMP and charged with assault, mischief and disturbance of the peace: these Tiny House Warriors are not just fighting against fossil fuel expansion, they’re also demanding solutions to housing.

“We have never provided and will never provide our collective free, prior and informed consent — the minimal international standard — to the Trans Mountain Pipeline Project,” the campaign’s website explains. “The Tiny House Warrior movement is the start of re-establishing village sites and asserting our authority over our unceded Territories. Each tiny house will provide housing to Secwepemc families facing a housing crisis due to deliberate colonial impoverishment.”

To an outsider it might not be immediately obvious how a new oil pipeline bears any relation to the one-quarter of First Nations nationwide who live in homes that need serious repairs, or the fact that 22 per cent of houseless people across Canada identify as First Nations.

But to Alex Wilson from the Opaskwayak Cree Nation, the climate and housing emergencies are inextricably linked. “This is about systemic forms of racism,” the University of Saskatchewan Indigenous education professor told The Tyee.

First the federal government forced Indigenous people from their ancestral lands, she says, then it pushed them onto reserves with shoddily-built and chronically underfunded housing. Now, the federal government is spending $12 billion to build the Trans Mountain pipeline, a project that could pose threats to the salmon supply of First Nations across B.C.’s interior, accelerate an oilsands industry that is polluting the water of Indigenous communities in northern Alberta and render Canada’s climate targets impossible, thereby making it harder for Inuit people to live in Arctic towns already facing a severe housing shortage.

The thread running through all these crises: a reluctance by Canadian authorities, despite the current Liberal commitment to reconciliation, to allow Indigenous people to have actual decision-making authority over land they’ve lived on for thousands of years.

Which is why Wilson and other First Nations housing experts think that the dire housing need experienced by Indigenous communities across Canada — a shortfall of 85,000 homes according to an Assembly of First Nations estimate — requires bigger and more transformative solutions than merely new federal funding and construction commitments. It means giving power, and land, back.

“The housing crisis is not just going to be solved by churning out homes,” Wilson said. “This is not a building problem, it’s a systems problem.”

‘One House, Many Nations’

Over the past several years Wilson has been part of a team trying to figure out what systems-altering progress actually looks like for Indigenous peoples. She was an early organizer with Idle No More, the grassroots movement that arose in 2012 in protest against the federal government’s refusal to take seriously First Nations treaty rights. From that grew a campaign called “One House, Many Nations,” whose goal is to create political pressure for solutions to the housing crisis.

Its initial goal was modest: design and build a single tiny wood-frame house in Big River First Nation in northwest Saskatchewan, which is facing a housing shortage alongside homes that are falling apart or have toxic mould. “We did a crowdsourced fundraiser and we were able to raise money,” Wilson said. It was a modest, but in some ways radical, first step towards challenging decades of federal housing policy.

Since the reserve system was established, construction was typically designed and built by sub-contractors from the Department of Indian Affairs with little consideration of a community’s history or relationship to the environment. This resulted in cheaply built suburban-style housing, Wilson said, that quickly deteriorated in the harsh Canadian weather. “It was housing that was made to be disposable,” she said.

Building a single energy-efficient home in Big River designed to last generations was an act of resistance. To follow it up, Wilson helped convene a team of architects, designers and carpenters. They led design workshops in the Opaskwayak Cree Nation in Manitoba, asking “what people needed and wanted out of housing,” she said. “How it should look and how it related to the environment.”

The team took those ideas and developed it into a prototype unit for an eco-village suited specifically to the community’s needs: “a sustainable, locally-sourced, four-season mobile unit complete with an incinerating toilet, shower, sauna, pop-up kitchen and solar and wind energy sources,” as the Saskatoon StarPhoenix described it. The project subsequently won the top prize at a 2017 international design competition in Toronto.

Wilson is painfully aware of how quickly solutions like this would need to be scaled up to address the housing crisis. “In my own community we have over 800 people right now who are on the waiting list for housing; think about what a large per centage of our community that is,” she said. “That’s a pretty standard statistic across First Nations in Canada.”

But to create actual lasting change for the housing and climate emergency faced by Indigenous peoples, solutions can’t be imposed from outside — they have to actually come from within First Nations, Métis and Inuit communities.

That’s the top recommendation of a housing strategy developed over the past few years by the Nishnawbe Aski Nation, which represents 49 First Nations across northern Ontario, and the Together Design Lab at Ryerson University, which works on housing solutions for marginalized communities: “Shift control of housing and infrastructure program design and decision-making to localized authorities.”

The housing crisis faced by Nishnawbe Aski Nation members is undeniably dire. There are only about 6,300 units for 30,000 people, resulting in nearly five people in each household, compared to 2.4 for the rest of Canada. And almost half of the nation’s homes are in need of major repair, as opposed to seven per cent of homes across the country. Many people also lack basic necessities like clean drinking water and reliable electricity. At the same time, climate change is shortening the winter road season and causing geese and other food sources to decline.

These two crises are linked in the minds of some Indigenous peoples. The “massive housing shortfalls” for the Nishnawbe Aski Nation are the legacy of colonial policies that led the federal government to build homes that “are often inappropriate and inadequate for the climate, geography and culture in which they are developed,” reads a report from the Nation and Together Design Lab.

At the same time, the fastest growing source of climate-warming greenhouse gas emissions in Canada is from the Alberta oilsands, which have rapidly expanded over objections from the Athabasca Chipewyan First Nation and other Indigenous communities. “We want to remind the Canadian government of their responsibility to stolen lands, and remind the world that climate change is not just a random phenomenon, it is the result of a destructive colonial relationship with the natural world,” Ta'kaiya Blaney from B.C.’s Tla'amin Nation said at last year’s international climate conference in Madrid.

Some solutions to the housing crisis are financial: the federal government needs to allocate the proper funding to build the 85,000 or more homes required by Indigenous people across the country, the Nishnawbe Aski Nation report argues. But local communities have to be actively involved at every stage of the process, it argues, explaining that “strong local governance will allow for local data to be collected, improving understanding of local issues and enabling programs to be designed for targeted success.”

The right to have local control over housing is contained in the United Nations Declaration on the Rights of Indigenous Peoples, which the federal government recently introduced legislation to implement. Enshrining UNDRIP in Canadian law might meanwhile give Indigenous peoples greater say in the development of oil and gas projects on their unceded territories whose emissions are heating the country two times as fast as the rest of the world.

A long history of racist policies

The idea that we have to address centuries of colonialism in order to address the housing crisis might sound abstract to white and non-Indigenous people, but it’s anything but that to James Bird, an architect from the Nehiyawak nation and Dene Nation in the Northwest Territories. “Before we even start to think of any built form,” he told The Tyee, “we have to go back and understand why it is the way it is. Why is First Nations housing so Third World in this country? Because of the Indian Act.”

“All my research points back to the Indian Act, and how it systematically cut the foundation of Indigenous societies from out under them,” says Bird, referencing the Canadian act of parliament passed in 1876, which governs relations between the federal government and Indigenous people and throughout its history has made possible human rights atrocities like banning First Nations languages and implementing the national system of residential schools.

Bird always dreamed of being an architect, but as a child he was sent to a residential school in Fort Smith, an experience he describes as “horrific.” With only a Grade 7 education, he worked construction jobs as a carpenter, journeyman and cabinet maker for 30 years, before being accepted into a bachelor of arts in Indigenous studies and Renaissance studies at the University of Toronto, and then after that, a master's in architecture. 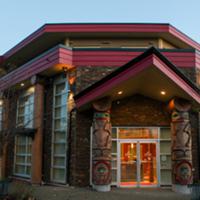 How to Fix the First Nations Housing Crisis

Bird says fixing the severe living conditions experienced across the country requires the federal government to actually make good on its commitment to reconciliation, a fraught, complex and halting process to repair the country’s colonial history. “This housing crisis isn’t just about building better homes,” he says. “It goes back, there’s a history to it.”

Bird is not optimistic about the Trudeau government’s current push for reconciliation, but he’s hopeful for the possibility of a better and more just relationship between the federal government and Indigenous people — as well as the environment we all depend upon. To him that’s an important distinction.

“I don’t really like the word optimism, because it assumes that I know we’re going to be ok. I don’t know that. I prefer the word ‘hope.’ There’s a word for it in Dene. It’s understanding or believing in something bigger than us. It’s a humbling word, meaning that we don’t know,” he said. “So I’m hopeful for the future.”

This article concludes a series produced with financial support from SFU Vancity Office of Community Engagement. Support for this project does not necessarily imply endorsement of the findings nor content of this report. Funders neither influence nor endorse the particular content of reporting. Other publications wishing to publish this series, contact us here.