Since 1876, when the Indian Act first forced First Nations people to live on reserves, the federal government has been responsible for providing First Nations housing. And it has done a bad job.

That’s why First Nations leaders say the next federal government, elected on Monday, must relinquish its bureaucratic grip to help fix the ongoing crisis in First Nations housing.

And 22 per cent of homeless people surveyed across the country last year identified as First Nations.

These numbers stem from both high rates of poverty in First Nations communities and a lack of available housing units. There are no definitive statistics on the number of units needed, but estimates run from 130,000 to 175,000 new units needed on reserve.

Since 1876, the federal government has been responsible for housing on reserves. However, it not only underfunds on-reserve housing but has favoured the inefficient “stick built” housing styles of the suburbs instead of modular housing partially constructed before houses are erected. The result is housing that’s not suitable in the rainforests of the West Coast, frozen tundra of the North, the windswept shores of the East Coast — or really anywhere in-between.

Often the homes are too big for singles and couples, but too small to fit multigenerational families.

Two-thirds of First Nations people in Canada live off-reserve, where more than 10,000 units of rent-geared-to-income Indigenous housing is provided through pan-Indigenous housing providers. These providers depend on federal and provincial government operating funds to subsidize their below-market-rate housing.

In 2017, the Liberal federal government extended subsidies for 385,000 non-Indigenous and Indigenous co-ops and social housing units.

But prior to that, successive Liberal and Conservative federal governments allowed the subsidies of another 215,000 social and co-op housing units to expire. As a result, housing providers have been forced to sell units and/or increase rents just to keep up with costs.

Housing funds, both on and off-reserve, do not include long-term maintenance funding, meaning that cash-strapped housing providers are unable to keep their housing units from falling into disrepair.

If the next federal government wants to fix the First Nations housing crisis in just 36 months, it must support First Nations to govern themselves, says Gerry Merkel, executive director of the BC First Nations Housing and Infrastructure Council.

The council is a new authority established by B.C. First Nations in 2017, which is preparing to take back control of First Nations housing consultations, design, planning and delivery from the federal government.

The council has an agreement prepared that “lays out the framework for negotiating an agreement in principle, and then a final transfer agreement to transfer the authority [over housing to the council…] There’s many details in that, and all of that has to be negotiated.”

B.C. is ahead of the rest of the country in the transfer of housing control to First Nations. Following tripartite agreements between First Nations, the province and the federal government that returned control over health care and education services to First Nations people, another agreement returning housing is also in the works.

Regional Chief Terry Teegee of the BC Assembly of First Nations agrees that creating a “for us, by us” First Nations housing authority to replace the current system, where housing programming is delivered by the Canadian Mortgage and Housing Corporation, is a top priority.

“If it’s under our jurisdiction, there’s more control over how funding can be developed, and the approval process can be a lot quicker,” he said.

He also pointed to B.C.’s recent agreement with First Nations to share seven per cent of B.C.’s gaming revenue for 23 years. The government estimates B.C. First Nations will receive approximately $100 million a year — $3 billion by 2045 — to support their transition to self-government and provide services, including housing.

And last year, the B.C. government became the first provincial government in Canada to fund on-reserve housing. It pledged $500 million over 10 years to provide 1,750 units both on and off reserve.

Merkel estimates solving the housing crisis for First Nations in B.C. alone will cost anywhere from $10 billion to $30 billion, because the problem is so wrapped up in other infrastructure, education, poverty and health care issues.

But while money is helpful, Merkel says the biggest factor in the First Nations housing crisis is the failure of national housing programs designed and run by settler governments.

“The people who live with the consequences of not managing this system properly are not the people who are managing the system. So, every time there are improvements needed, or fixes needed, or things need to be done differently, people outside don’t learn from those mistakes, so the system just never really improves,” he said.

They emphasized creating separate funding streams for housing on- and off reserve that take into account the total cost of housing, including construction and materials, administration and long-term maintenance.

What the parties are offering

The Liberal platform pledges to work with all Indigenous groups to develop legislation implementing the UN Declaration on the Rights of Indigenous People, commonly referred to as UNDRIP. Article 23 of the declaration emphasizes Indigenous control over programs including health services and housing. 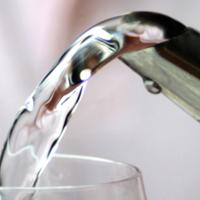 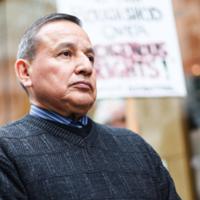 But the only mention of Indigenous housing in the Liberal platform comes in a pledge to solve all major Indigenous infrastructure issues by 2030. In a housing debate hosted by CPAC in Ottawa earlier this month, Adam Vaughan , the former Liberal MP for a Toronto riding, said his party is “committed” to helping Indigenous people develop a national housing strategy just for them.

The New Democratic Party platform also calls for the implementation of UNDRIP as part of a national reconciliation action plan. But it goes a step further by being the only major party to promise the creation of separate housing strategies, co-developed with Indigenous people, for First Nations, Metis, and Inuit people with “sustainable and dedicated funding.” There is no timeline for completion or implementation.

The Conservative Party of Canada’s platform does not mention First Nations or Indigenous housing. However, in the same recent housing debate, former Conservative MP for Carleton, Ont., Pierre Poilievre, said a Conservative federal government would “devolve” housing control back to First Nations people.

But the Harper government tried a similar scheme in 2008, promising $300 million over 10 years to fund privately owned First Nations homes. It failed. By 2015, just 99 had been built.