The COVID-19 pandemic shone a spotlight on conditions in long-term care facilities and led to calls to remove the profit motive from the sector — calls that the party leaders responded to during the first week of the provincial election campaign.

In the weeks ahead of the Sept. 21 election call, the BC Government and Service Employees’ Union had collected more than 13,500 signatures on an online petition to “End For-Profit Seniors’ Care” in B.C.

“Study after study has confirmed that seniors in for-profit care receive inferior support and suffer worse health outcomes compared to those in publicly funded or non-profit alternatives,” the campaign website said. “That’s because the profit motive inherent in private systems is directly at odds with spending money on things like adequate staffing or decent pay and benefits.”

After 2001, the former BC Liberal government passed laws that allowed increasing privatization, leading to lower wages, poorer working conditions and worse care, it said, tracing the current crisis in seniors’ care to those “irresponsible and negligent” decisions.

According to the union, 79 per cent of the deaths from COVID-19 in Canada and the majority in B.C. have been connected to long-term care facilities.

“This tragedy lays at the feet of for-profit companies, because by under-employing workers at low wages in order to maximize profit, care workers were forced to cobble together hours by working at multiple locations,” the union said. “As we now know, this patchwork system turned out to be the ideal conditions for the spread of the virus.”

“If you listen to the discussion around what bedevils the seniors care sector, it really boils down to a few key issues, and one of them is not ownership,” Mike Klassen, vice-president of public affairs for the BC Care Providers Association, told The Tyee in April.

Kim McGrail, a professor with the Centre for Health Services and Policy Research at the University of British Columbia, said that it can be difficult for researchers to get access to all of the data they need to compare ownership models, but there have been clear trends.

“At least in British Columbia, the publicly-run long-term care facilities are associated with higher-quality outcomes,” she said, adding that doesn’t mean that every for-profit facility is bad or that every publicly run facility is as good as it should be.

Limiting workers to one facility, as B.C. moved to do in the spring, was a good step, McGrail said, adding that the problem was closely related to working conditions in the sector with its wide reliance on casual employees.

“The pandemic has made it pretty clear there are some things that are not organized correctly within long-term care,” she said.

The call to remove the profit motive from the sector has an ally in federal NDP Leader Jagmeet Singh. He’s been making the point since at least May and repeated it following the Liberal government’s throne speech last week.

So what does John Horgan, who entered the election campaign as the only NDP premier in Canada, think?

“We’ve continued to try and find the best model for delivering services for people,” Horgan said. “This is not about what’s best in terms of for-profit or not-for-profit model.”

Different models will work best in different communities, he said, adding that the government provides the resources and policy framework so that health authorities can deliver the needed services that those who live in the community they serve.

Like the BCGEU, Horgan said the former Liberal government had weakened the sector in ways that made it vulnerable.

“The former government, you will remember, ripped up contracts for health-care workers, one of the largest firings of women in North American history, and we saw a rapid decline in the number of people working in our long-term care facilities,” he said.

That became a problem during the pandemic when it became clear there were too few people working in the sector, and that many staff had to work at multiple sites to make enough money to support their families, he said.

The NDP government has taken steps to fix the problem, he added, including by providing funds to add 7,000 employees and requiring that people work at only one site.

“We are totally focused like a laser on making sure our seniors and our vulnerable populations have the supports that they need, but that involves people,” Horgan said. “Our whole health-care system is predicated on having people providing services for those who need them. The former government felt it was easier to cut corners.” 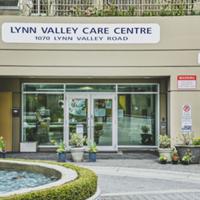 Asked what he would do to improve long-term care, BC Liberal Leader Andrew Wilkinson said he was pleased to see the sector mentioned in last week’s federal throne speech and that there is a need for national standards.

“The goal is to get everyone in a private room,” Wilkinson said. “There are occasional circumstances, like married couples who would prefer to be in a joint room, but in most situations we’ve got to look forward to an era when we can guarantee our long-term care will be in private rooms. It’s not going to happen right away, but we’re going to get there if we can working with the federal government.”

Wilkinson said the focus on who owns care homes oversimplifies the issue.

“Let’s back off and decide and diagnose exactly what the concern is,” he said. “Let’s do the analysis and figure out where the issues are and figure out if the ownership model has anything to do with it, but let’s not jump to conclusions that there’s a magic way to solve problems by having everything owned by the government. That’s not a sophisticated or thoughtful way to deal with it.”

Sonia Furstenau, the leader of the BC Green Party, said it’s important to start with clear goals for the sector.

One desired outcome is that people receive the best care possible, where they are treated with dignity, have support for their physical and mental health and stay connected to community, she said. 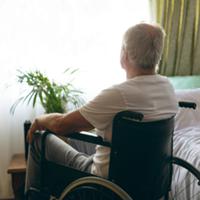 COVID-19 Has Exposed the Perils of ‘Financialized’ Seniors’ Care

The other key outcome is that people who work in the sector are valued for the work they do and receive living wages.

“Workers in the care sector, who tend to be overwhelmingly women and often minority groups, are underpaid and undervalued,” she said.

Furstenau said that in B.C., public money supports people in care homes whether they are run by health authorities, not-for-profit organizations or private companies. “If we’re putting public money into any of these care homes... then we need transparency and accountability that that public money is first and foremost being used to achieve those two outcomes.”

That means that financial statements and audited expense reports should be made available for every home, so that there can be confidence “that public funding [is being] used to create better health-care outcomes for seniors, not creating more profit for shareholders,” she said.

“If those profits are generated and in any way undermine the two outcomes we want to achieve for seniors and for people who work in care homes, then that is a problem.”

Furstenau also said the issues with long-term care should be part of a broader discussion about how people age and avoiding situations where seniors become isolated.

“We should be expanding our imagination about the place that seniors occupy in our neighbourhoods, our communities and our society,” she said.

Giving the example of a Nanaimo housing project that brings young people and seniors together with great benefits to both, Furstenau said decisions about long-term care need to be made with an eye on integrating seniors more deeply into communities.