As college and university students returned to online classes this week, the drop in international student enrolment in British Columbian post-secondary schools appears to be less severe than expected.

But B.C. institutions still face big financial challenges as the pandemic deprives them of revenue from international students who pay high tuition fees.

Thompson Rivers University in Kamloops had anticipated a 30-per-cent drop in international student enrolment this fall as a result of the pandemic.

“My estimate is we’re going to be somewhere around 2,700; possibly 2,900 international students,” said Baihua Chadwick, the university’s associate vice-president international. “And that’s around a 21- to 23-per-cent decrease. Which is good news for us.”

But the loss of about 660 international students paying high tuition fees — $17,820 instead of the $4,400 paid by domestic students — will have a big financial impact on the university. The lost tuition fees — about $12 million — means about a five-per-cent drop in total revenue.

But the University of British Columbia’s budget forecasts a 14-per-cent drop in tuition revenue from international students — about $77 million. (A UBC spokesperson told The Tyee registration is ongoing, but international student applications and acceptances are on par with recent years.)

And the University of Victoria reported that so far international student enrolment is down less than one per cent from the 3,900 students enrolled last fall.

But with most students attending schools online, international student enrolment is larger than many colleges and universities expected.

Provincial government funding for public post-secondary operations dropped 22 per cent between 2000 and 2015. But international student tuition revenue increased 64 per cent since 2006. In 2018/19, B.C. institutions had a collective $340 million surplus thanks to international tuition.

Because registration is still going on, “we don’t know how sticky those numbers are and if they’re going to stick,” said Annabree Fairweather, executive director of the Confederation of University Faculty Associations of British Columbia.

“What we’re going to see in terms of dropout this term will largely indicate what’s going to happen in January, as well.”

Many of the students who did enrol are attending school online, so businesses catering to international students are suffering.

In previous years, Homadorma housed a “significant portion” of the 10,000 international students using homestays in the country, he said.

“Restaurants are opening, our economy is starting to bounce back up. But not for the international education part,” said Chi. “Because of all the restrictions put in place, we do not really see any good signs yet.”

“It could have been down 50 per cent, or worse,” he said, crediting new federal regulations that made online studying easier for international students.

“We were facing a scenario where, ‘Gee, if the federal government doesn’t get all of those study permits processed in time, we could see a huge drop-off in numbers.’”

The University of Victoria, University of Northern British Columbia, Simon Fraser University and UBC all reported an increase in domestic and international summer students for the summer semester this year. But so had Northern Lights College.

“In times of crisis we often see, especially [in] economic downturns, that enrolment will increase because people turn to school as a way to retool, to reskill themselves,” Fairweather said.

Unlike domestic students, whose tuition is subsidized by government, international students pay the full price of their education.

TRU’s Chadwick said the revenue was important. “We were able to do a lot of things for the university, like buildings, maintenance and IT purchases — a lot of resources were added.... Faculty were added to the university, too, because of the upward trajectory of our international enrolment.”

Fairweather said institutions’ bottom lines are suffering as a result of the decline.

Melanie Mark, minister of advanced education, told The Tyee via email that the government is not planning to increase funding as a result.

“Posting a deficit budget does not mean government automatically pays more money to the institution. Nor does it mean that an institution is at risk of closing,” she said. 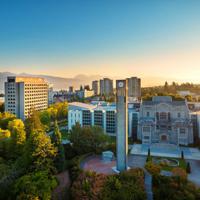 Mark added that revenue loss has also come from cancelled conferences and summer accommodations: “Many institutions have an accumulated surplus from prior years that they may use to balance their current fiscal situation.”

Tanysha Klassen, chairperson of the BC Federation of Students, said that schools may be in trouble, and international students may pay the price.

“We might see international student tuition fees go up to try and offset some of these deficits,” they said.

The BC Federation of Students wants a cap on international tuition increases, like the two-per-cent annual cap on domestic tuition, and a provincial international education strategy so that students know in advance when tuition will go up.

“Generally, the way that institutions treat international students — pre-pandemic, during the pandemic, currently — has always been unfair, and we’ve been saying for years that this is not a sustainable or fair way to be funding our post-secondary system,” Klassen said.

Ideally, increased government funding would replace the lost tuition revenue. “In order to make sure that is sustainable, we need a funding review and more funding for the public post-secondary system,” they said.

For decades, faculty and student organizations warned schools against relying on international money.

“In many ways it was inevitable that something would disrupt the international relationship in such a way — not that we had any idea how, but certainly a global pandemic like this is the thing that’s going to massively disrupt the entire system,” Fairweather said.

“It’s kind of precariously balanced in many ways on revenue, and international students have valuable contributors in lots of ways — but it is a real profit centre for universities, colleges and others.”

In the worst-case scenario, Fairweather said that schools will have to “recalibrate” their revenue sources. In the short term, the province will have to help institutions “leaking money” without international students. 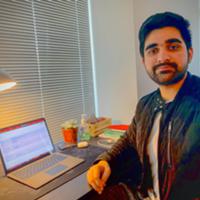 But she doesn’t think the drop will bring major structural changes to post-secondary finances. Government has been providing predictable post-secondary funding levels in recent years, she said. And it is unlikely that international students will stay away for good.

“Any shift in that number is going to have consequences — up and down. But I don’t think it’s inevitable that would alone make or break institutions.”

“The benefit of having international students here, apart from the financial aspect, is the diverse culture on our campus. That’s the benefit for students who are here to have the opportunity to interact with students — prior to the pandemic, we had students from over 100 different countries,” he said.

“Imagine the rich cultures they brought to our campus. That is a huge aspect that’s lost.”