When Sevil Baghban Karimi was accepted as an international student in Canada in 2013, she had to choose between taking computer sciences at the University of Toronto, where tuition was $36,000 for two semesters, or at Simon Fraser University, where it was $15,000. She chose the latter.

“I had an entrance excellence scholarship,” said Baghban Karimi. It covered $5,000 of tuition. “My sister covered the rest.”

But tuition fees have continued to increase for international students at SFU. This semester, Baghban Karimi’s last before she graduates, will cost her $6,800* for eight credits. A full course load is 15 credits, which costs close to $11,500 per semester, or $23,000 per year — almost 50 per cent higher than the fees in 2013. And she no longer has the entrance scholarship to help with the cost.

Baghban Karimi can only afford tuition now if she makes multiple payments throughout the semester. She’s not allowed to register for the next semester until her payments are complete, causing her to miss out on courses. Her late payments also incur interest charges.

But if Baghbhan Karimi, who is from Iran, was starting computer science at SFU next September, her tuition could be 16 per cent higher.

And Baghban Karimi knows she’s lucky compared to other Persian international students, because she gets money from family living in Canada.

Those depending on family back in Iran have felt the sting of the falling value of the Iranian rial against the Canadian dollar. The rial has lost about 25 per cent of its value since 2016 because of U.S. sanctions.

Like Niki Jalali, a masters of building sciences student at BCIT, who started a GoFundMe page last fall to raise enough money to afford the next semester of her three-semester program.

The falling value of the rial has been a big challenge, said Jalali, who came to Canada from Iran to study English in 2017.

“At first it was OK. My parents are not rich, but they planned to support me with that rate of the currency at that time. But we had some political problems in our country with the U.S., so it has a very significant effect on my future.”

She’d hoped to get funding to pursue her PhD in mechanical engineering at SFU, but when that didn’t work out Jalali enrolled at BCIT for the fall 2018 semester. With $12,000 in tuition due for her first term, Jalali had to borrow $8,000 from friends.

“I paid them back monthly,” she said. But for the second term, which would also cost $12,000, she couldn’t borrow any more money. So she started the GoFundMe page last November. She raised $4,500 of the $10,000 she asked for in 15 days through the page and email transfers.

Four days later she was contacted by an Iranian dentist living in North Vancouver, a stranger, who offered to lend her $8,000 interest-free.

“It was unbelievable,” said Jalali, who is now repaying the loan with $300 monthly payments from her $700 after-tax income from her part-time job at Old Navy. Like all international students in Canada, Jalali is limited to working a maximum of 20 hours per week.

But now she has to come up with payments for the last semester of her program, another $10,000. Unlike domestic students, including permanent residents in Canada, international students can’t get student loans from Canada. And unlike post-secondaries like SFU, at BCIT students can’t defer their tuition fees or pay them in chunks.

Jalali is considering studying part-time next semester to spread her tuition costs out over two semesters.

A spokesperson for BCIT told The Tyee via email that there is emergency funding for international students struggling to cover their tuition, and they have access to BCIT’s merit-based scholarships and awards.

But Jalali wants more financial help options for international students, like loans, grants, and payment deferrals, adding many students want to stay in Canada to work after graduation.

“If nobody helped me, definitely I wouldn’t be here now. I’d have gotten a ticket and gone back to my country,” she said.

The federation estimates that international student tuition fees in B.C. are, on average, three to five times higher than domestic tuition already. But, as detailed in a previous Tyee story, SFU isn’t the only institution thinking about or increasing its international tuition fees.

Kwantlen Polytechnic University increased its international tuition fees by 15 per cent over two years for existing students, and 15 per cent in one year for new international students starting September 2018.

“A 15-per-cent increase on $20,000 is a lot,” Armutlu said. “And when students are not prepared for that, we can see them not have the means to continue their studies. So students will drop out or go home because they can’t afford it because they didn’t plan on, over a four- or five-year degree, their tuition going up 20 per cent in that time.”

‘These students require a lot of support’

Carole St. Laurent, Kwantlen’s associate vice-president international, told The Tyee the school had to raise international tuition because “you can’t draw from your operational budget to support international students. You have to add faculty and advising — these students require a lot of support.”

The Tyee asked how many new hires have been made since tuition increased, but a Kwantlen spokesperson said it would be hard to tell for faculty because they teach both domestic and international students.

There were temporary hires to Kwantlen’s international office, the spokesperson added, but no numbers were provided.

But Baghban Karimi said she hasn’t noticed any improvements in international student services since she started at SFU in 2013.

For example, she needed to make an appointment with an academic advisor this semester to ensure she was set to graduate on time.

“I couldn’t get an advising time, and I couldn’t get a response by email, I had to go there,” Baghban Karimi said. “It was really hard given my schedule, so for two weeks I was really stressed out before seeing an advisor.”

The BC Federation of Students wants a cap on international tuition, as there is for domestic tuition.** It also wants institutions to announce tuition increases years in advance so students can plan accordingly.

The limit on tuition increases would require higher provincial government operating grants. The federation says government grants provided 67 per cent of post-secondary operating funds in 2000. By 2015, they had dropped to 45 per cent as institutions became more dependent on tuition fees.

Tuition Freeze Now, a grassroots organization of graduate and undergraduate, domestic and international students, goes even further, calling on SFU to freeze all tuition fees and join students in lobbying the province for more operations money.

So far the university’s graduate and undergraduate student unions have come out in support of the plan — with a caveat from the undergraduate union’s executive, which supports the two-per-cent annual domestic increase cap. A Change.org petition launched three months ago has 2,070 signatures, a few hundred shy of Tuition Freeze Now’s 2,500 goal. 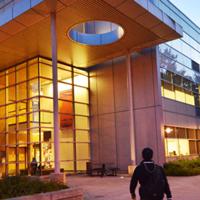 “What you see is a university that talks about being engaged, but doesn’t give students the information that would be required for us to understand in the first place. And to me, that’s because they don’t want us to be able to give them an argument.”

SFU’s Keller said “everything that we are required to make public is made public.”

But while Baghban Karimi hasn’t seen much change in the services she receives for her international student fees since she came in 2013, she has seen a change in student discourse around a tuition freeze.

“Back in 2013 until now, I would really want to talk to people about this, but I couldn’t find other people who have the same concerns as me,” she said. That has changed since SFU proposed tuition increases last fall.

Now, she said, “It’s getting serious.”

*Updated on March 6, 2019 as the tuition amount changed. A previous version of this story had included payments based on incorrect information from the source in the tuition figure for the current semester.

**Updated on March 1, 2019 at 12 p.m. to correct information about the BC Federation's call for an international tuition cap.