With all in-person classes cancelled, students from kindergarten to postgraduate programs are witnessing a school shakeup like British Columbia has never experienced before.

But for the province’s roughly 152,000 international students, the shuttered classrooms are just one of many concerns.

Like, when will I get home again? How will I support myself until then? Are my loved ones safe?

And while B.C. has provided $3.5 million for post-secondary students needing financial assistance during the pandemic, the program isn’t open to international students, who contributed $2.7 billion to the province’s GDP in 2017.

In fact, other than federal employment insurance to make up for a loss of part-time work — international students are limited to 20 hours a week of work in Canada — an increased GST/HST return and help with their BC Hydro bills, no COVID-19 financial support is open to international students.

“I think that there should be a lot more support going on for international students,” said Bella Aung, an American studying political science at Simon Fraser University.

Especially for those from countries hit hard by the virus, she added.

“A lot of instructors are still expecting the same amount of productive work from students from these countries. Their families could drop dead at any time, and they still have to deal with these expectations.”

Aung quit her weekend job at a walk-in clinic after the pandemic was declared. She still has a part-time university job, but her income has taken a hit and Aung isn’t sure if she will qualify for EI or the federal Canada Emergency Response Benefit.

“I still am employed until the end of April, and for the summer, we’ll have to see how it goes,” she said.

The Tyee requested an interview with Melanie Mark, Minister of Advanced Education and Skills Development, but she was not available. In an emailed statement a spokesperson said the ministry is aware international students are dealing with a lot right now.

“The ministry recognizes that many international students are in a unique situation and are feeling isolated because they may not be able to return to their home country,” the statement read. “We are working with public post-secondary institutions and partners in the sector, including the federal government to find solutions.”

The province does not track international students’ movements, so it’s impossible to say how many remain in the province after in-person classes were cancelled last month.

Simon Fraser University business student Arnav Dada wanted to be one of the ones who returned home.

However, a misunderstanding over whether he would be allowed back into Canada as borders closed forced him to stay put.

“I did not book my ticket home, because I have to come back for the next semester, because I’m on an internship,” said Dada, who came to B.C. from India three years ago.

“By the time it was clarified that study and work permit holders can come back, India was on a lockdown and no flights would land in India. So I couldn’t go.”

Dada, who is working part-time from home while attending online classes, is financially fine. He’s also living with his sister, so he is not socially isolating alone.

But he can’t say the same for all of his friends.

“I have a lot of friends who are international students. Most of them don’t have jobs right now, and it’s stressing them a lot, for sure,” he said. Few have any savings because of the limit on how much they can work in Canada.

Friends like Keshav Kawatra, who was waiting for his student visa renewal when schools closed last month. He thought the renewal process would take three months, but it’s been six months since he applied and Kawatra is still waiting.

Until his visa arrives, Kawatra can’t work or leave the country. He had no choice but to stay here and ask his parents for help.

“I don’t like asking for money from my parents,” said Kawatra, who is also from India.

Simon Fraser University is just one of the institutions that have launched a fund for domestic and international students, the Student Urgent Response Fund. It’s encouraging staff, faculty and the public to donate. Over 1,000 students have reached out to the institution’s financial aid office for help with pandemic-related expenses already.

Student unions at other institutions have launched their own funds, says Tanysha Klassen of the BC Federation of Students, including at Vancouver Island University, Thompson Rivers University, and North Island College.

“The institutions should be utilizing the surplus they get from international students and giving it back to them,” Klassen said.

In an effort to cut through the confusion, the federation has been posting updates to a frequently asked questions about COVID-19 page on its website.

Not all international students are in post-secondary schools.

About 15 per cent of international students in the province are in the K-to-12 system and staying with host families. Most of the 23,000 students are in high school.

Those students have their own concerns and reasons for staying in B.C.

Like not wanting to miss their graduation ceremony, which is why Mary Lee, 17, decided to stay in Langley instead of returning to be with family in South Korea or China.

“Since I’m in Grade 12, the school did not tell us if we were having our graduation ceremonies or the dinner and dance parties. So I couldn’t go back,” Mary said, adding she is still waiting to hear from the district about graduation.

“I want to go back, but even if I go back, South Korea has the virus. Staying here is also OK, I just hope everything gets well soon.”

Lee’s younger sister Sarah, 15, had intended to finish high school in China, where their father is currently based, after she finished Grade 10. But because of the pandemic those plans are up in the air.

“Before I came to Canada, I was studying in China,” Sarah said. It’s unclear when schools will reopen in China, so their dad decided she should stay put in B.C., she said.

“I really wanted to graduate here, so it’s kind of good for me.”

On the Sunshine Coast, the Powell River school district had 125 students enrolled from a dozen different countries this year. Some graduated in December and others went back home during the March break because of the pandemic.

Currently about 30 international students are still living in the district, said Shannon Behan, district principal of international programs. All are living with their host families, paying the regular $900 a month for room and board in addition to their $13,600 annual tuition.

“The kids who are here actually need a little bit more support, because they’re actually feeling the angst” over the fate of their families, Behan said. 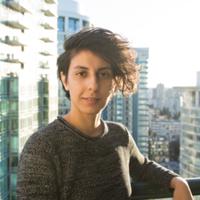 How Much Is Too Much Tuition for BC’s International Students?

“The main thing in their life that connected them with everybody else was school. So now their school doesn’t exist in a physical building, and all the activities they use to do have stopped. They are quite isolated.”

But this year the students were told to stay at home.

Instead, depending on how long British Columbians remain in self-isolation, international students currently living in Powell River may be the ones taking part in the district’s summer activities, Behan said.