Canada’s top enforcer of government transparency keeps sounding alarms about federal departments going dark. She’s done it again. Officials are using the pandemic as an excuse to stop responding to citizens’ info requests just when “we actually need to be even more open and transparent,” information commissioner Caroline Maynard told The Tyee in an interview. “It’s not the time to lay off.”

In late April, Maynard wrote to the Treasury Board that the situation is “critical” and if not fixed soon, Canadians’ trust in their government may soon be “beyond repair.”

Government departments — up to 70 per cent of them — have been criticized for delaying or shutting down access to information requests as a non-essential service during work-from-home procedures. Among those shuttering their Access to Information and Privacy administration is the Treasury Board Secretariat, which is supposed to be responsible for administering ATIP overall.

“Mind-boggling,” Conservative MP Kelly McCauley called the move in a June 19 committee on government operations that Maynard attended. Three days earlier, McCauley said, he received a copy of institutions that had started processing ATIP requests. “Funnily enough, Treasury Board, which is responsible for this, is not one of the ones actively doing their ATIPs.” McCauley said the chief information officer at the Treasury Board Secretariat “was not even aware there was a problem.”

The backlogs of requests would be gathering even faster, noted Maynard, but for a pattern observed during disasters such as the Lac-Mégantic rail disaster in Quebec. In crises, such as the pandemic, said Maynard, people take care of themselves first and process their shock. After a while, they start to seek answers, as Quebecers did of Transport Canada in 2013.

This may be why requests for information went down as COVID-19 appeared in Canada. But backlogs already had been building for years, Maynard noted. And now that the wave of new requests is starting to rise, departments will need to respond to those as well.

Getting back to normal will mean matching a pace that had been steadily increasing. Requests had more than tripled in the past six years, Maynard told The Tyee, echoing her statement in a recent committee meeting on the government response to COVID-19. But the government resources devoted to ATIP have not followed suit, said Maynard.

To meet demands in her own department, Maynard has requested adding up to 25 more workers to her current staff of 100. Other departments will need to ramp us as well to meet request volume, Maynard said. There are no indications such resources are coming.

And then there’s the mysterious case of the Royal Canadian Mounted Police. The Tyee found that last year the RCMP did spend more to service access to information requests. In fact, the percentage rise in expenditure far outstripped the rising rate of requests.

But the force continues, nonetheless, to complete a declining percentage of requests. Barely one-third were completed within the legal deadline in 2018. That’s because requests are increasingly complex, explained the RCMP, which has the worst record of compliance of any institution under the Access to Information Act and the Privacy Act.

It’s the job of Maynard and her team to track such non-compliance and expose it. Last year Maynard’s office was given two new powers under Bill C-58, which amended the ATIP. They are the ability to order, rather than just recommend, production of documents after complaint investigations, and to publish reports on these investigations.

Maynard has pulled those triggers only a few times so far, but she told The Tyee just the threat of being able to do so is working some effect. Government departments now co-operate more during investigations, knowing they may face embarrassing orders and the publication of reports on the investigations.

Maynard’s office has published three such reports on investigations recently. Two were on the RCMP who provided long-overdue documents, one of them by several years.

Beyond improving the pace of response, it’s not clear whether Maynard’s efforts will have any effect on the quality of what arrives when a citizen finally receives their ATIP response from the government. The process involves filling out a form with search terms, guessing at documents that may or may not exist behind the walls of departments. And then, for increasingly long periods, waiting. What comes in the mail eventually is likely to be an antiquated CD-ROM with a few heavily redacted PDFs.

Some critics say Bill C-58 has caused less transparency in government rather than more, by building in more delays and procedure before Maynard can issue orders that officials produce documents. For instance, Maynard’s office must first notify a department that it is about to order them to produce documents, and then wait for a response for 30 days. Then it can order the documents and wait for a response again.

Requests that have reached the review stage by the commissioner are already months or even years old. The effect, say critics, is that by the time Maynard finally can order information pried loose, it’s likely long past relevance, and the government in question may even be out of power.

Maynard shares the frustration. “The way the act was drafted, they keep adding steps. It’s almost to give the institution so many chances to respond.”

Nonetheless, she promises to wield the tools at her disposal. “I can tell you that we’re going to start doing more and more [orders], because we’re seeing more delays in responding to requests,” said Maynard. “At some point, we can’t continue to just wait and collaborate. We have to send the message high up.”

How high up? “The orders usually go directly to the minister.”

Still, few consequences await a department or ministry that chooses to stonewall. “For access to information, it’s really difficult to know who is responsible for not having provided the information. So I don’t know if we can recommend sanctions,” explained Maynard.

It’s up to the bureaucracies to hold their people more accountable, said Maynard. For example, the Department of National Defence “has added for all of their managers’ performance objectives, specific objectives on responding to access. That would definitely be something that would be seen as a best practice.”

The move at Defence might have been prodded by her reports, observed Maynard.

Sean Holman is a journalism professor at Mount Royal University in Calgary and belongs to the Canadian COVID-19 Accountability Group, whose members advocate that government proactively disclose documents related to the pandemic. He said only stronger incentives to comply will cause officials to be more responsive to ATIP law. Tie pay of department heads to how they comply with the ATIP act, he suggests, and remove some exemptions from the law.

“The government has demonstrated over time that it cannot be trusted with the existing exemptions and exclusions in the Access to Information Act,” Holman told the June 19 government operations committee Maynard attended.

Maynard has previously expressed doubts that exclusions in ATIP requests based on cabinet confidence are applied correctly. The fact her office can’t review them makes them ripe for abuse.

The Treasury Board has initiated its own review of the entire process. So far it seems destined to lead to a report that will be tabled in parliament, at some point. 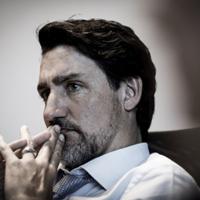 At a moment when the federal government is making sweeping policies and disbursing hundreds of billions of dollars to businesses across the nation, the public is beginning to clamour for more transparency. But a reason the noise isn’t louder, says some observers, is that people don’t automatically draw connections between the turn-around time for freedom information requests and the basic health of Canada’s democracy.

Maynard certainly sees that connection, but she is limited in what she can advocate. “Unfortanately under the act, my role is very limited to reviewing and investigating complaints. I don’t have a specific mandate for outreach as some commissioners across Canada do.”

Gaining explicit permission to do outreach doesn’t figure high on Maynard’s long list of changes needed to ATIP laws, though.

That would just be a “nice to have,” said Maynard. And it’s certainly not going to stop her from sounding the alarm.