Machiavelli’s words, borrowed by Rahm Emanuel during the 2008 financial crisis when he was Barack Obama’s chief of staff, offer a stark warning about the COVID-19 pandemic: it kills human beings and economies on a massive scale, but it also puts democracy itself in mortal danger.

Everyone can appreciate that things like war, insurrection or disease may require extraordinary powers to manage the risk. President George W. Bush assumed police state surveillance powers over his own citizens in the wake of 9/11. Prime Minister Pierre Trudeau declared the War Measures Act to deal with the FLQ crisis in Quebec. And president Franklin D. Roosevelt placed 100,000 Japanese Americans in internment camps during the Second World War.

But the current pandemic also shows that an alarming number of leaders know that a crisis allows them to impose transformative change — less because of COVID-19, than their lust to extend and consolidate their own power. We’ll get to the son of Pierre Trudeau, Canada’s current prime minister in a moment. But first, the poster-boy of authoritarian opportunism is Hungary’s prime minister, Viktor Orban.

Reporting just 700 confirmed cases of COVID-19 in his country, Orban has used the pandemic as a fig leaf to cover his dictatorial impulses. It is not a new story. Since coming to power in 2010, he has fiddled with the constitution, stacked the Supreme Court with loyalists, altered the electoral process to favour his own party, and co-opted the media. As reported by the New York Times, there were just 31 pro-government news sources in Hungary in 2015, including newspapers, broadcasters and social media outlets; that number is now 500.

On March 30, 2020, Orban wiped out all opposition to his agenda, citing the pandemic. The Hungarian PM got the two-thirds vote he needed in Parliament to rule without any oversight for an unlimited period — ostensibly to fight the virus. He and he alone will decide what to do about COVID-19 and when, if ever, the emergency measures will end.

Until they do, Orban rules by edict. And the tiny Hungarian press that is still privately owned? Any journalist who produces “fake news” about the government’s fight against the virus, i.e. who contradicts or criticizes the prime minister, now faces a five-year prison term.

The day after Orban got parliamentary approval for his one-man rule, Prime Minister Hun Sen of Cambodia issued a draft emergency bill to deal with the pandemic. Human Rights Watch called the proposed legislation a “recipe for dictatorship.”

If the legislation is passed, Cambodia’s PM would have unlimited surveillance powers over all telecommunications. He would also have untrammelled censorship over the media, with the power to prohibit or restrict the broadcast of information that he deemed could generate public alarm or social unrest. When a politician becomes editor-in-chief of a nation’s press, he has killed democracy as surely as COVID-19 kills people.

In several countries, including Thailand, Venezuela, Bangladesh and Turkey, the same thing is happening. Those governments are detaining journalists, political opponents and anyone else who criticizes the official response to the coronavirus outbreak.

As reported by Human Rights Watch, Thailand’s prime minister carried the suppression to a new level. He warned journalists to report on government press conferences only, and expressly not to interview front-line medical workers. That is not about health care. That is about tyranny.

Nineteen Eighty-Four is moving from fiction to fact on another front — privacy and civil rights in the time of COVID-19. In the United Kingdom, which has been under lockdown since March 23, the government is using drones to film citizens out walking their dogs, in case they are breaking the rules. That practise mimicked China, which uses the same technology to enforce its COVID-19 quarantines.

So does hard-hit Spain, now under total lockdown. With over 100,000 infections and 9,000 deaths, the Spanish government, like the government of Israel, is using counter-terror technology to monitor its citizens. Spaniards who don’t comply with restrictions face huge fines, or up to a year in jail.

In an effort to make its residents stay at home during the pandemic, the state of Kentucky is lowering the boom. It has closed schools until at least May 1, imposed a 14-day quarantine on people coming into the state from any other jurisdiction, and set up a “hotline” to report on people who don’t follow the state’s coronavirus mandates. Some residents of Louisville, who refused to abide by the rules, now wear court-ordered ankle bracelets to trace their location. Like parolees.

Electronic bracelets, cell phones that report your location, and a host of digital detectives who track where you have been, are all in wide use in Asia, including Hong Kong. All in the name of fighting the pandemic.

To be crystal clear, it is not up for argument that a person who refuses to self-quarantine after being exposed to a COVID-19-infected person, or worse, who goes out shopping after testing positive for the virus, deserves to be wearing an ankle bracelet. Given that people could die because of such gross selfishness and stupidity, an ankle bracelet is getting off easy.

The danger, though, with any level of government assuming new powers that conflict with civil liberties and democracy is twofold. First, powers assumed by government in the heat of a major emergency almost never come with checks and balances. Second, those new powers have a bad habit of remaining in force long after the events that created them. Sometimes they become permanent. There is no better example of that than the Patriot Act.

The Bush administration passed the Patriot Act in the weeks after 9/11 with virtually no debate. In the heat of that desperate moment in history, everyone wanted the federal government to have robust, anti-terror tools. And Washington got them — national security letters; a single wiretap authorization to cover multiple devices; eliminating court orders for a subject’s cellphone; information from criminal investigations shared with intelligence agencies and other parts of government; and a lower bar for launching foreign intelligence wiretaps and secret searches.

All good, except for this.

Five years later, the Bush administration tried to reauthorize the provisions of the Patriot Act. Everyone now knows that the National Security Agency used Section 215 of the legislation for its nationwide bulk collection of billions of ordinary peoples’ phone calls and emails on a daily basis. The new power was grossly abused. Congress finally outlawed spying on Americans in 2015. But the Patriot Act, and Section 215, are up for reauthorization in 2020. Governments do not surrender new powers easily, however much they may conflict with civil and privacy rights under the constitution.

And so to the political transformation COVID-19 has brought to Canada. We are by no means Hungary, or Cambodia, but we’re flirting with some of the same approaches.

In the one-story universe of the pandemic, those initiatives are now deeply forgotten.

They have been replaced by a total preoccupation by government, the media and Canadians at large with the horrors of the pandemic. Ottawa awakened from its legislative slumber, realizing that the house was on fire. It went to work with a vengeance on dubious medical capabilities, mitigation measures to halt the pandemic and massive financial support for both Canadian workers and businesses. Justin Trudeau looked cool and collected again. But one thing has to be said. His government’s initial reaction to the Beast stalking Canada and the world was to overreach at the expense of democracy.

Trudeau would not declare a state of emergency, but instead wanted unrestrained powers that Conservative leadership hopeful Erin O’Toole claimed were greater than the powers of emergency measures legislation.

The PM wanted his finance minister, Bill Morneau, to have new powers that would permit him to tax and spend without the approval of Parliament. And he wanted those powers all the way out to Dec. 21, 2021. Had the PM gotten them, Canada’s parliamentary democracy would have gone into hibernation. For 21 months, the country would have been a one-party state.

Trudeau was stopped in his bid for unrestricted power by the political opposition. Their message was loud and clear. They would co-operate with the minority government in time of high crisis, but they would not abdicate for it. The PM wisely decided to change the draft legislation needed to fight the pandemic, dropping the proposal to tax and spend without parliamentary approval.

The only official date given for a return of Parliament, albeit with a representative smattering of MPs rather than a full chamber, is April 20. Whether Parliament convenes on that date or an earlier one, there is a lot to discuss.

Is the PM considering a national state of emergency? 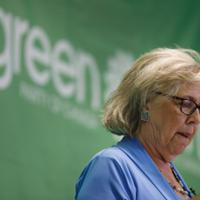 Is it Time to Invoke the Federal Emergencies Act?

What prompted the government to raise its wage subsidy from 10 to 75 per cent in such a short period of time?

Will the PM ensure that access to information requests will not be suspended because of COVID-19?

Will the PM hold a full and free debate in the House of Commons if the government decides to use tracking apps or cellphone data to nail down the sources of COVID-19?

In the end, it may take extreme measures to counter the grave dangers of this pandemic. If it does, the government has to pass the classic test: all measures have to be legal, proportional and necessary — and most of all, transparent.

And they need to come with a sunset provision written in indelible ink.