He’s spent every day since at the gurdwara volunteering to serve the people of Surrey.

“That’s seva,” he said, the selfless service that’s a foundation of the Sikh faith.

The Gurdwara Dukh Nivaran Sahib is located in Surrey at 68th Avenue and 152 Street, sharing a parking lot with a Punjabi supermarket and an intersection with two other places of worship, an Ismaili Jamatkhana and a modern evangelical church called Relate.

At the gurdwara, volunteers like Walia had been prepping welcome packages for the city’s large international student population since November — blankets, sheets, mattresses and groceries — when the news of COVID-19 broke. They had given out 4,064 packages at that point.

“We stopped Jan. 5 because we suspected there would be a problem,” said Walia. (They plan to resume soon.)

When the pandemic arrived in B.C., the gurdwara was quick to switch gears. Sikh places of worship always serve langar, free meals for visitors regardless of their faith, but they adapted to serve people who were stuck at home in the sprawling, car-oriented city.

“We noticed the people who have no transportation,” said Giani Narinder Singh, the gurdwara’s high priest. Volunteers delivered groceries and medicines to people such as housebound seniors, people with disabilities and international students.

“There were people who actually tested positive and were under quarantine for 14 days,” said Singh. “We served those people with food, medicine — everything in the last three months.” He says that volunteers have made about 25,000 trips since March.

The gurdwara also offered meals to long-haul truckers and frontline staff at the Surrey and White Rock hospitals. For those still looking for langar, the gurdwara offered it via drive-thru in the parking lot from 7 a.m. to 10 a.m., using its Modi Kitchen food truck.

To keep up with the community need and the generosity of donations and volunteers, the gurdwara helped launch the new volunteer-run Guru Nanak Food Bank on Canada Day, named after the faith’s founder.

The start of the pandemic was overwhelming for organizations that offer free meals. The Union Gospel Mission in Vancouver’s Downtown Eastside had daily lineups as long as those on Christmas. In nearby Chinatown, home to many immigrant seniors, services had been offered by a disarray of providers who suddenly faced a big jump in demand.

The Sikh community, on the other hand, had much of the physical infrastructure and connections in place for an event like the pandemic.

There aren’t up-to-date numbers for Sikhs, as the census only collects data on religion every 10 years. But the last count in 2011 found that over 201,100 people — 4.7 per cent of British Columbians at the time — were Sikh, the second-largest religion after Christianity. In Metro Vancouver, there are over a dozen gurdwaras.

At the Gurdwara Dukh Nivaran Sahib, social media, live radio and video channels helped get the word out about what assistance is needed.

“When they announce it, people come,” said Walia. “We’ve been getting tons of help. It’s hard to do the math. I’m a construction man, I’m a businessman, I do math all the time. Even for me? This is unbelievable.”

Few other places can provide the “sheer scale of assistance right now as the gurdwaras,” reported the New York Times. Most have “large, well-equipped kitchens, a steady stream of volunteers and no shortage of ingredients, thanks to regular donations from community members.” Personal protective equipment, such as masks, are plentiful thanks to donations.

Metro Vancouver’s public celebrations for Vaisakhi, a major April festival of the faith, had been cancelled due to the pandemic. A number of local groups got together to launch a Virtual Vaisakhi campaign to encourage charity and continue the spirit of seva during the health emergency, giving an additional boost to the Sikh community’s ongoing efforts.

The Gurdwara Dukh Nivaran Sahib also offered 150 packages of groceries to their Muslim neighbours at a nearby mosque on 72 Avenue, as Ramadan, another religious calendar event, fell during the pandemic.

The Sikh community is humble about their service. Making a big show isn’t allowed and proselytizing is largely discouraged.

The volunteer-run Guru Nanak’s Free Kitchen had to pause the free meals they regularly served to Downtown Eastside residents at a site beside the Carnegie Community Centre at Main and Hastings streets and also at the nearby First United Church. (They’re slowly starting up service again.) Instead, they delivered food — everything from rice to yogurt, oranges to cucumbers — to charities, gurdwaras and Burnaby schools to distribute themselves. The organization has two of its own trucks and a van to use.

“We have 300 volunteers in our database, but we had to limit the number that can cook and serve to abide by the government regulations and restrictions,” said Indy Panchi, one of the founders.

Volunteer Paul Hundle, who helped with many of the deliveries, credited the generosity of businesses who have partnered with them over the years, from farms to food wholesalers, who stepped up during the pandemic.

“They’re unbelievable,” he said. “They’re always more than willing to help out, whether it’s donations or discounts or trucks.” 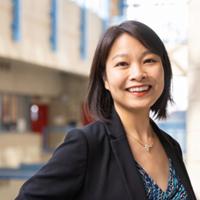 Can Empathy Help Beat a Pandemic?

One of them is Teja Foods, one of Canada’s largest distributors of Indian food and spices.

“My family volunteers with them,” said Braham Teja, whose grandfather started the company in downtown Vancouver in 1955. “We have great suppliers in India and our own factory as well. We can’t get our shipments quick enough, but we’ve been trying to spread out our supplies to take care of people.”

Back at the Guru Nanak Food Bank on Canada Day, volunteer Walia mentions that he’s about to go back to work on Monday. Drywall is calling. Walking through the food bank’s stacks of flour, daal and chickpeas, donated during a historic emergency, he’s heartened by the generosity.

“We didn’t spend a single penny,” he said.