Can fostering empathy among Canadians be vital in slowing the spread of COVID-19?

That’s a key question two University of British Columbia researchers are exploring with a new global study of how people act and cope during the pandemic, and why some are more likely to heed public health advice than others.

Research on previous epidemics by UBC psychology professor Anita DeLongis suggests those who more easily empathize with the perspectives of others — particularly the elderly and most vulnerable — are more likely to do things that are essential to quelling the crisis, like frequently washing their hands.

“She’s found that people who respond with more empathy tend to be more likely to engage in these behaviours that help the community,” said Nancy Sin, an assistant professor with a focus on health psychology at UBC who is co-leading the study with DeLongis.

The first-of-its kind study will track the behaviour of thousands of participants around the world, learning about human behaviour and resilience in response to the pandemic as it progresses.

DeLongis and Sins are particularly interested in identifying personality factors, such as empathy, that make a person more likely to follow public health advice.

Everyone who participates will complete an initial online survey that also screens for certain traits that may impact how they evaluate their own risk of becoming infected.

“The extent that we can engage in these recommended health behaviours like social distancing not only protects us, but also protects others within our communities,” said Sin.

Social isolation is forcing people to find new ways of coping with an onslaught of stress and anxiety borne by massive economic upsets, lack of person-to-person contact and fear for personal safety. It is putting pressure on every aspect of life, and the impact is compounded for people with existing vulnerabilities.

But information from Wuhan and other parts of China where the virus emerged earlier shows that social contact and stress may decrease in individuals as they adjust to a new normal.

“They're not in a period of hectic transition the way it's been this past week or two in North America,” said Sin, noting this could mean anxiety could decrease in Canada in time. This is why the study aims to have thousands of participants from around the world to understand results in relation to measures taken by countries globally.

Sin is also asking another question: “Can people cope by trying to help others?”

With a vast majority of participants in the study so far helping or being helped by others every day, the pandemic is showing that people want to help if they are needed while bringing attention to those who need help most. 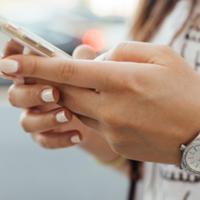 Crisis Lines Are Humming but Hampered

In particular, elderly people and people with compromised immune systems are already more likely to be socially isolated under normal circumstances. This is made worse by the pandemic given their heightened risk and the need for social distancing to keep them safe.

“There are neighbours forming networks together and figuring out how to support one another,” said Sin. “And I’m hoping that those networks and those resources will still be there even after this crisis has passed.”

As for the crowded gatherings on Vancouver beaches against the advice of public health officials, they don’t necessarily show a total lack of empathy for the most vulnerable, Sin said.

People’s levels of empathy changes, and effective public education can result in major shifts in how they consider their role in the community and responsibilities towards others.