June Francis is feeling both hopeful and exasperated these days. On the one hand, Canada’s deep and often ignored problems with systemic racism are finally being talked about, not just in response to one or two incidents but a deluge of stories showing deep-seated problems in policing, the school system, workplaces and the media.

“I’m really heartened by individuals I must say at this point — because the institutions are still putting out strange statements,” said Francis, a business professor at Simon Fraser University and the co-chair of the Hogan’s Alley Society.

On the other hand, Francis said Vancouver’s mayor has still not meaningfully addressed calls to reform policing, and the city has not responded with any kind of certainty to a call from the Hogan’s Alley Society to move forward with the creation of a community land trust that was first proposed two years ago.

While city council formally apologized to the Chinese community for past racist city policies in 2018, the Black community is still waiting for, and expects, an apology, Francis said.

Hogan’s Alley, a T-shaped alley bounded by Main Street, Union Street, Jackson Avenue and Prior Street, was the hub of the Black community in Vancouver until it was displaced by the construction of the Georgia and Dunsmuir viaducts in the early 1970s.

A Black Lives Matter protest last weekend that shut down the viaducts highlighted their role in dispersing and harming the city’s Black community. (Francis said the Hogan’s Alley Society was not involved in the protest, but fully supports the protesters’ message and activism.)

A community land trust is a non-profit, community-based organization, designed to keep land in perpetuity for community use.

“The city has not clarified what this means to us,” she said of the suggestion for an interim MOU.

Adding to the uncertainties, Vancouver’s plan to take down the viaducts — which council approved in 2015 — could be stalled because paying to remove the elevated roadways is dependent on private landowners developing the land into high-density residential buildings and paying development fees to the city.

With the real estate market slowing and current economic uncertainty because of the COVID-19 pandemic, it’s unclear when those landowners will be submitting development applications, Fry said.

One of the largest landholders, developer Concord Pacific, did not respond for a request for comment from The Tyee about market conditions and the Northeast False Creek Plan.

Vancouver has a Little Italy, a Little Saigon, the Punjabi Market and Chinatown — commercial areas that function as hubs for community and cultural identity.

Hogan’s Alley played that role for the Black community in Vancouver, “the first and last Black neighbourhood in Vancouver,” as storyteller Dana Matthews describes in a 2014 video.

Many of the people who settled there had emigrated to Western Canada to flee racial violence in the United States; Francis pointed out that many Black Canadians today are the descendents of slaves from when slavery was practiced in Canada, the U.S. and the Caribbean.

The Hogan’s Alley Society’s proposal for a community land trust includes 500 units of rental apartments, with 70 per cent of units below market rental rates (the apartments will not just be for Black people, Francis emphasized). The proposal also includes a cultural space, a daycare and commercial space.

The idea is to find a way to redress a number of historic inequalities and racist city policies that echo today. On the housing front, restrictive land title covenants once excluded non-white people from many areas in Vancouver. Nightclubs in Hogan’s Alley fostered a vibrant music scene, and there were “a number of businesses that were in the alley,” Francis said.

“We know the transfer of wealth that would have happened if people kept their homes and also their businesses thrived, and we have the research to show that those are important components of how communities developed,” Francis said.

“We’d like an opportunity to centre Black businesses and to provide opportunities for larger ones to grow.”

Rhoda Howard-Hassmann, a professor emeritus of political science at Wilfred Laurier University, said the case for the city providing redress to the Black community in Vancouver for the loss of Hogan’s Alley is cut and dried.

“There... are living identifiable victims of the destruction,” said Howard-Hassmann, who has studied reparations and political apologies in the context of human rights.

“We’re not talking about, say, reparations for slavery which ended a long time ago. This is reparations for something that occurred within living memory and you could find people who were affected by it.”

It’s also clear who the perpetrator was: the city council of 1972 that approved the plan to destroy parts of Strathcona to build the viaducts.

“It seems to me the city of Vancouver has an obligation to set up this (land) trust as soon as possible,” Howard-Hassmann said.

The city should also make a formal apology, Howard-Hassmann added. She suggested community activists could go even further, and research whether banks, mortgage companies or institutions were directly involved in practices like redlining or implementing restrictive land title covenants.

“They don’t want to be embarrassed, especially right now with Black Lives Matter,” Howard-Hasmann said. “What you’re trying to do is get them to pay reparations as well.”

While city staff say COVID-19 initially delayed a meeting with the Hogan’s Alley Society about the land trust proposal, Francis argued the pandemic is showing how addressing structural racism is urgently needed.

In the United States, COVID-19 has sickened and killed Black Americans at a much higher rate than their share of the population; Canada does not collect race-based data on COVID-19. 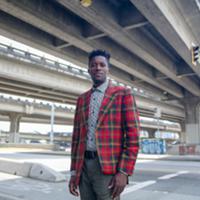 What Happened to Vancouver’s Black Neighbourhoods?

With every disparity in society worsened and highlighted by COVID-19, Francis is now questioning the city’s assumption that private real estate development can fund a truly equitable plan.

“The city, which is claiming to create equity, cannot rely on the vagrancies and the decision-making of private enterprise,” Francis said. “I’m not against a role that private enterprise can play but there is an over reliance on them.”

Howard-Hasmann suggested that the large real estate companies may also have a responsibility to pay reparations.