The $2.1 billion in losses incurred by the Alberta Investment Management Corp. that shook that province were both predictable and preventable, says a top U.S. risk manager.

In a pointed analysis, Brett Friedman, a managing partner of Winhall Risk Analytics, zeroes in on AIMCo’s decision to pursue a “volatility-based investment program” well before recent upheavals in the market due to the pandemic and oil price crashes.

Friedman writes that the deeper issue was not the size of the loss but “the decision to pursue such strategies in the first place and the prevailing culture, investor expectations, and management that allowed it to occur.”

Friedman is no stranger to volatile investments and their potential hazards. Over the past three decades he has built and managed three risk management organizations, managed risk at two prominent hedge funds and worked for three different energy traders as a risk officer. His Utah-based company parses the forensics of risky investments for clients.

“Unfortunately, I’ve lived through more than my fair share of trading debacles,” Friedman told The Tyee.

His assessment of reported losses by AIMCo and two other U.S. funds due to the pursuit of “short volatile or variance strategies in the market place” offers cautions to managers of pensions funds.

The Alberta fund, which has described its recent losses as “wholly unsatisfactory,” manages 31 provincial pension and endowment funds (including the Alberta Heritage Trust Fund) worth about $119 billion.

Nearly 400,000 Alberta pensioners depend on the integrity of AIMCo’s investments.

The fund’s recent losses highlight the “often-misplaced allure of complex strategies” offered by Wall Street traders, as well as the hazards of seeking “unreasonable return expectations” while ignoring the historic risks of such strategies, writes Friedman.

“I’ve seen significant losses in other types of institutions,” he said in a telephone interview from Utah. In those cases, afterwards, “everyone behaves in similar ways. The board goes through the 10 stages of grief. They don't believe it, then they get angry, and then they hire someone from outside to figure out what the hell happened."

AIMCo gambled on a financial derivative that speculates on market volatility and lost.

Should a pension fund, whose goals include “enhancing and protecting long-term stakeholder value,” adopt such an approach? The short answer, says Friedman, is no. It is just too easy to underestimate the probability of extreme market changes and ignore the history on volatile trades, which often go south.

“Traders, especially those on the losing side, like to think that their experiences are unique; they rarely are,” writes Friedman.

At the same time, citizens who contribute to pension plans, says Friedman, should not underestimate the pressure put on fund managers to earn decent returns and to dabble in the latest financial products being offered by Wall Street brokers. “Unless you have worked in a pension or hedge fund, you have no idea what kind of pressure managers work under to produce results.”

The analyst has some sympathy for AIMCo’s plight. The promises of Wall Street derivative salespeople can be hard to resist. “They make compelling cases, and it is hard to resist their sales pitch.”

AIMCo may have felt pressure to up its performance.

Finance Minister Travis Toews last year claimed that AIMCo “regularly achieves spectacular investment performance.” Over the last decade, however, its returns have not been robust compared to other pension funds and returns have lagged as much as 1.5 per cent.

Both the Ontario Teacher’s Pension Plan and the Canada Pension Plan have consistently earned better returns than AIMCo. Administrators of one of the pensions managed by AIMCo, the Local Authorities Pension Plan, notes that the fund has failed reach the plan’s “value-added expectations for 47 consecutive quarters.”

AIMCo is mandated to operate arm’s length and without political interference from the government.

Premier Jason Kenney proposed last year that Alberta withdraw from the Canada Pension Plan and transfer those assets to AIMCo on the grounds that AIMCo makes more money than other funds.

Friedman’s read of such recent history in Alberta causes him to conclude “that AIMCo was under some pressure to produce higher returns and was susceptible to inappropriate strategies,” he writes.

“They were trying to goose returns somehow at a time when AIMCo has underperformed other pension funds. But selling volatility, as they say, is like picking up pennies in front of a steam roller,” Friedman told The Tyee.

The Tyee asked the Alberta Teachers’ Retirement Fund for comment on Friedman’s assessment. Communications director Brian Mulawka said it would be inappropriate to comment given the ATRF is “in discussions with AIMCo to transfer asset management to AIMCo as required by Alberta legislation but is not yet an AIMCo client.”

In his analysis, Friedman is critical of statements made by AIMCo CEO Kevin Uebelein about the fund’s investment losses. In April, Uebelein attributed the losses to markets that “behaved in a manner never-before-seen.”

To say such volatile events are unprecedented is inaccurate, said Friedman. “Commodities, especially energy and power, regularly experience extreme and sudden volatility moves exceeding 100 per cent and are very instructive as to what could happen to short volatility positions under pressure.

“These kind of trades have been happening frequently as long as I’ve been trading. Someone screwed up and you had better be cognizant of that.”

Freidman is not alone in that blunt assessment. Jim Keohane, a former executive with the Healthcare of Ontario Pension Plan recently told Pension Pulse that AIMCo’s loss was “the absolute worst outcome” for its volatile investment strategy.

He added, “The issue is that the loss is very high relative to what they could have ever made on the strategy.”

Uebelein has claimed “that one lesson that will be reaffirmed by us all is the power of diversification over the long run.” 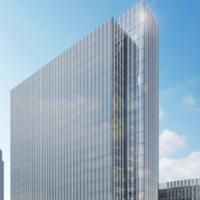 But in his article Friedman counters that “selling volatility evidently was not diversifying the portfolio.” He writes that “one could make the argument that AIMCo’s short variance trade was concentrating and adding to, not diversifying, overall risk.”

AIMCo has brought in the accounting firm KPMG to investigate its losses. Friedman hopes it will get to the root of the matter.

Clients should be demanding to know what went wrong, he says. “Most pension funds have qualified risk managers but most often [when big losses occur] they perform the wrong type of risk management or use a set of metrics no one understands,” says Friedman.

The key questions often get missed: “Are they meeting the objective of the fund on a common sense standpoint?  What are we doing here? What is the point of this trade?”

Friedman says it boils down to this: does AIMCo’s gamble on a volatility strategy “betray other, more fundamental issues regarding the management of the overall fund. Are other pensions at risk due to similar, inappropriate strategies?”

AIMCo has promised its KPMG review will produce answers later this month. Friedman says one lesson is already clear. AIMCo’s trading debacle “provides a useful guide on avoiding disaster” for other pension funds.

In a related development one of the funds managed by AIMCo revealed that it’s value dropped by $3.4 billion in the first quarter of this year.

An analysis on the losses by the Local Authorities Pension Plan noted that "A significant portion of the underperformance was a result of losses in AIMCo’s volatility trading strategy that has generated attention in the press.”