The COVID-19 pandemic could have brought a bigger role for pharmacists that would improve health care for British Columbians, advocates and experts say.

But the opportunity to increase patient safety, cut costs and give doctors more time to treat patients will be missed, they fear.

The British Columbia Pharmacy Association has been calling on the government to let pharmacists play a larger role in the care system for years, saying they’re trained to provide more services.

This is the time to make changes, they say.

“We have always advocated for an increased scope of practice for pharmacists, that has been something that’s been a cornerstone of the association,” says Michael Mui, communications specialist for the BC Pharmacy Association.

Manu Gill, a registered nurse and educator at British Columbia Institute of Technology, agrees that the government should allow pharmacists to provide more services.

“It would be safer for the general population,” she said. “We could free up physicians for more complex cases.”

Steven Morgan, a professor at the University of British Columbia’s School of Population and Public Health, says expanding the role of pharmacists would require action by the government and the College of Pharmacists of BC.

“Government passes legislation that determines some aspects of scope of practice and that legislation is sort of put into effect by way of the self-regulatory authority of the college,” he said.

In Alberta, for example, pharmacists have the ability to prescribe some medications, eliminating the need for a visit to the doctor.

Gill said pharmacists “often have more drug knowledge compared to most general practitioners, so often it would be safer if pharmacists were prescribing.”

“I don’t know why a pharmacist couldn’t manage that,” Gill added.

“Let’s just use anti-hypertension as an example,” she said. “[Pharmacists] would be the ones responsible for checking blood pressure, checking for cardiovascular symptoms and then deciding which medications to use.” Most pharmacies have a blood pressure machine in their waiting room.

Frank Qi, a community pharmacist for about 20 years, agrees pharmacists’ scope of practice should be re-examined but isn’t sure what changes might be needed. When it comes to prescribing for minor ailments it “depends on the background of the pharmacist’s training,” he told The Tyee.

Qi does hope that pharmacists will soon be allowed to inject more medications so he can better care for his patients.

Pharmacists can now inject some vaccines, but they cannot inject other medications. Because of COVID-19, some people are reluctant to access their doctor for a simple injection.

Morgan said he doesn’t necessarily agree that pharmacists’ scope of practice should be expanded. But changes in their role could improve the health-care system, he said.

“Patients shouldn’t be going to see one particular professional at a time,” he said. “They should be going to centres at which they have access to physicians, nurses, pharmacists, counsellors, social workers, etc., all working together as teams providing the kind of broad complementary services that patients could benefit from, in a one-stop-shop kind of thing.”

Morgan said research over several decades has shown ways pharmacists can be better utilized and how to integrate them into multidisciplinary health-care teams.

The University of British Columbia recently revised its pharmacist program and graduates now receive a doctor of pharmacy degree rather than a bachelor of science degree. The students who graduated in 2019 were the first to finish the new program.

Barbara Gobis, director of UBC’s Pharmacists Clinic, says the changes were linked to the evolution of the province’s health-care system.

“We change in response to societal changes, needs, priorities, and those kinds of things,” she said. “So the fact that the pharmacy curriculum has been evolving and then ultimately took this change in name and what have you is just a demonstration of the fact that the profession of pharmacy is evolving extremely rapidly to meet the changing needs of society.”

Pharmacy services are regulated and largely funded by provincial governments, she says.

“The changes in the profession are changing at different rates of speed depending on which province you’re in,” she said. “But every single province is moving forward with increasing a pharmacist’s scope of practice, increasing payment models to enable pharmacists to provide and have a sustainable job where they focus more on clinical work rather than technical work.”

B.C.’s health ministry didn’t respond to specific questions about changes to the role of pharmacists. 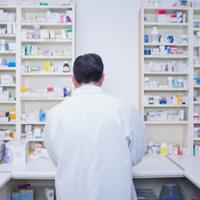 Five Things You Need to Know about a National Pharmacare Plan

In an emailed statement a spokesperson said the ministry “has not engaged in broad-based consultation to determine which additional regulated health professionals could see expanded prescribing authority.”

Advocates say they’re still looking to the government to implement long-term changes for pharmacists’ roles in the province.

“When you consider the financial interests of the corporations involved, every profession is keen to sort of carve out its own particular territory,” he said. “And so that is what makes change difficult.”

But he hopes a global pandemic could bring a conversation about changing the way we provide health care.

“Big crises, like COVID, do create windows of opportunity for change that might not have been possible before,” he said.