[Editor’s note: This piece was updated on Mar. 6 to included emailed responses from Health Canada to questions The Tyee submitted while reporting the piece.]

Len Tooley was presenting at a conference in Australia in 2013 when he first noticed problems with his vision.

“There was a red LED clock that showed you how much time you had left,” said Tooley, who was standing about six feet from the timer during his presentation.

Just halfway through his talk, he was informed his time was up: “I realized that I wasn’t actually able to read the numbers that were in front of me.”

Tooley’s vision continued to deteriorate over the following weeks to the point where he could no longer read emails, street signs or small text.

He didn’t know it at the time, but Tooley’s failing eyesight had everything to do with a drug used primarily by gay and bisexual men like him — alkyl nitrites, otherwise known as “poppers.”

In 2013 after Health Canada received a complaint about an adverse reaction suspected to be caused by poppers usage, the federal department classified alkyl nitrite as a drug on their prescription drug list Only people with prescriptions could access the drug, and only companies authorized by Health Canada may sell it. But according to the federal department no one has submitted an application to sell poppers in Canada.*

But if Tooley is an example of the harm poppers can do, he isn’t a supporter of the crackdown.

He’d rather see the drug remain legally and widely available but regulated to ensure a safe supply.

A new study from the British Columbia Centre on Substance Use and the University of British Columbia reaches a similar conclusion. It casts doubt on the feds’ approach, saying the crackdown has instead driven poppers usage underground, further endangering queer men’s health.

A series of retinal scans in 2013 revealed Tooley had retinal maculopathy in both eyes, meaning his retinas were dying. Doctors couldn’t determine a cause or a prognosis; basically only time would tell whether Tooley would regain his vision.

Tooley’s job at the time in queer men’s health led him to understand the likely cause. An email sent to him discussed a case study on the use of poppers among gay men, which showed some formulations of the drug were associated with retinal maculopathy. At the time, Tooley had been inhaling poppers four to five times a week.

Until 2013, poppers could be purchased in sex stores across Canada under names like “Liquid Gold,” “Purple Haze” and, made by a Delta-based company, “Jungle Juice.” Originally marketed as room deodorizers or leather cleaner, because poppers were unregulated, they could contain any alkyl nitrites including ethyl nitrite, isobutyl nitrite and isopropyl nitrite, the latter of which has been linked to retinal maculopathy.

But studies of the impact of poppers on the body are few and far between, Rod Knight, a research scientist with the BC Centre on Substance Use, told The Tyee.

“The evidence around the use of poppers is limited,” he said, adding what evidence there is of adverse health effects cite specific formulations of alkyl nitrites as the cause.

Health Canada started cracking down on the sale of poppers in 2013 after legally classifying alkyl nitrites as a drug, citing adverse health effects on users. This didn’t make using poppers illegal, but since 2013 Health Canada has not authorized any retailer to sell them in Canada.

In an emailed statement to The Tyee, a representative for Health Canada said because they have not received submissions for selling poppers in Canada, “the safety and benefits of using alkyl nitrite products as ‘poppers’ have not been evaluated according to the scientific regulatory standards required for prescription drugs.”

The spokesperson went on to outline the risks of using poppers that led to their restricted status in Canada, including “abnormally low blood pressure and adverse cardiovascular effects, such as rapid heart rate or irregular heart rhythm. Swallowing alkyl nitrates can cause serious acute medical conditions and may result in death.”

Risk varies based on frequency of use, amount used, length of use, and previous health conditions, the statement read: “Since it is difficult to control how much is inhaled, people can accidentally overdose.”

Knight is unsure where Health Canada received its information about alkyl nitrites, adding he is not aware of poppers—typically inhaled—ever resulting in heart issues or death.

“Some transparency needs to be provided around the rationale for this ongoing and effective crackdown on poppers, specifically on what grounds, the evidence that’s being used,” said Knight. “People are not dying of poppers use.”

Seven years later, the UBC study co-authored by Knight on young sexual minority men in Vancouver who use poppers, reveals the crackdown did not deter usage, but rather forced men to resort to even further deregulated — and therefore less safe — sources of the drug.

Published March 3 in the International Journal of Drug Policy, the study, “Poppers, queer sex and a Canadian crackdown: Examining the experiences of alkyl nitrite use among young sexual minority men,” features input from 50 sexual minority men, 18 to 30 years old and based in Vancouver, on their relationship to poppers.

Roughly 40 per cent had used poppers within the last year, buying the drugs online from the United States, on dating apps, or from friends who made their own.

Knight wants Health Canada to do a review of their assessment of alkyl nitrites, which must include a dialogue with sexual minority men and an analysis of how and why they use the drug.

“Sexual health is just one part of our overall health and wellbeing, and the government is behooved to consider a substance that is being used in therapeutic ways,” Knight said.

“Ultimately if Health Canada then does transparent and good work, hopefully they can reconsider the current regulatory framework, and then create a framework where harms are actually reduced, rather than have this framework in which I believe harms are being maximized.”

In their emailed statement to The Tyee, the Health Canada spokesperson said the federal department is responsible for upholding Canada’s Food and Drugs Act, which can include recommending charges against sellers. However, so far Health Canada has not recommended criminal charges against anyone caught selling or distributing poppers in Canada.

“The primary objective of Health Canada’s compliance and enforcement approach is to manage the risks to Canadians using the most appropriate level of intervention,” the statement read. Risk management steps include seizure or recall of products and advertising materials, site visits, and public education campaigns.

The Tyee reached out to Health Canada for comment on their classification of and in-effect crackdown on alkyl nitrites. Citing email issues, the federal department has yet to provide a response. The Tyee will update this story when we receive one.

Despite his adverse experience, Tooley, whose eyesight eventually recovered, reduced his poppers use but has not stopped altogether.

Tooley now works as advancement and evaluation director of Community-Based Research Centre, a non-profit charity promoting participatory research on gay men’s health including an annual gay men’s health survey with questions about poppers use. He argues both the government and users should weigh the risks of poppers against their positive impacts. 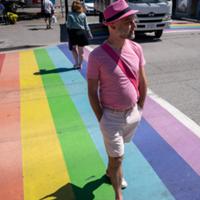 For instance, when Tooley worked as an HIV tester and counsellor in Toronto over a decade ago, he noticed from conversations with men he counselled — as well as his own experience — that poppers helped facilitate condom use.

“If the person that I was counselling was already using poppers and we were exploring ways they might facilitate using condoms... poppers were one tool.”

But if Health Canada doesn’t change its stance towards poppers, including queer men in the conversation about alkyl nitrites’ risks and rewards, Tooley and Knight say the national health regulator won’t find usage dropping.

Rather they are more likely to see an increasing number of queer men upping risky behaviour and experiencing vision loss from using black-market poppers.

*Correction: story previously reported Health Canada refused to grant authorization for selling alkyl nitrites a.k.a. “poppers.” Updated to reflect Health Canada’s response that they have not received any submissions to sell alkyl nitrites in Canada.