Despite presenting itself as a progressive organization, Mountain Equipment Co-op has fought hard to prevent staff in its Victoria store from joining a union, says an employee involved in the organizing drive.

Alexandre Charron, who has been a frontline worker in the Victoria outdoor equipment and clothing store for more than a year, says the employees’ experience shows why the province’s rule requiring a secret ballot vote before workers can join a union needs to change.

The requirement gives management an opportunity to use scare tactics to keep employees from unionizing, he said.

“A lot of people shop at MEC... and they have this idea that MEC is better, that MEC is a very progressive organization, it is a co-op after all,” Charron said.

“They’re surprised to learn that no, we basically have the conditions that prevail at any other corporate retailer in terms of pay, scheduling and other working conditions. Many assume we’re already unionized in fact.”

Several permanent part-time and full-time jobs offer benefits and better pay at the store, but they are difficult to move into, he said.

“Many people have worked years there without being able to access those status positions and remain casual staff with no guarantee on their part in terms of hours and scheduling.”

By the end of October about 70 per cent of MEC Victoria employees had signed cards certifying they wanted to join UFCW 1518.

But in B.C., there is a two-step process. If enough workers sign cards saying they want to join a union, a secret ballot vote is held to confirm the decision.

The certification vote was held Nov. 2. MEC filed an appeal arguing the vote count should not go ahead. A UFCW official said Friday that the votes had now been counted and MEC employees had voted with a strong majority to join the union.

Earlier this year the provincial government considered ending the requirement for a vote, but abandoned the change after it became clear the Green Party MLAs it relies on for support in the legislature wouldn’t back the change. Only three other provinces require secret ballot votes in all unionization drives.

Charron and other MEC Victoria staff began working to unionize after learning that staff at the co-op’s Vancouver store had successfully joined UFCW 1518 in April.

MEC’s two distribution centres were already unionized, but the Vancouver store was the first of MEC’s 22 retail outlets where staff voted to join a union.

The Vancouver organizing effort was reportedly opposed by management and resulted in the UFCW filing a complaint with the province’s Labour Relations Board alleging unfair labour practices. MEC denied the allegations. That complaint, along with another alleging bad-faith bargaining due to delay, was withdrawn when contract negotiations began in June.

Nobody from MEC was available to comment by publication time.

Workers in Victoria had some idea what to expect because of the experience in Vancouver, Charron said.

“We knew it would be an aggressive anti-union campaign, but it even surprised me to actually see it happen, especially given some of MEC’s rhetoric around worker empowerment and fair trade and even supporting unionization abroad in their own factories,” he said.

Charron said senior management came to Victoria to discourage employees from unionizing. “We applied for the vote late on Monday, and then by Tuesday afternoon we had seven head office staff that descended upon the store,” he said.

They included the CEO, the chief operations officer, the head of human relations, the western regional manager and others. “They came all of a sudden and stayed for three days... leading up to the vote. They put a lot of pressure. It was quite aggressive anti-union rhetoric and activities that they engaged in.”

There were claims that MEC was in financial difficulty and that voting to join the union could lead to its bankruptcy, he said.

“It was a very stressful and difficult week and one that I don’t wish on any other employees,” Charron said. “If we had card check certification in this province, which we came very close to getting this year, this would have been over. We would have been unionized and the people’s say would have been heard, instead of having to deal with all this negative counter-pressure.”

“The fact of having this mandatory vote seems to make the process more democratic,” he said. “In fact the opposite is the result because the employer has the chance to come in with all sorts of pressure and coercion and false statements and intimidation so as to even change people’s votes that had supported it.”

Organizers were limited in their ability to respond, he added. “When we tried to speak up and address some of these issues, we were not permitted to do so.”

Laird Cronk, the president of the BC Federation of Labour, said that while he didn’t know the specifics of the situation at MEC, his organization had long advocated for a return to a one-step certification process.

If a signature is enough for a driver’s licence or passport, it should be enough for someone exercising their right to join a union, he said.

“The two-step process... allows the imbalance of power in the workplace to often be exploited by employers to the detriment of the workers’ desire to join or form a union,” he said. “It actually sets the stage for an acrimonious relationship right at the very beginning.” 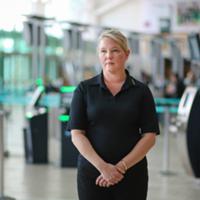 The government did make changes to the Labour Relations Code. It reduced the time within which a certification vote must be held after the cards are submitted from 10 days to five and gave the LRB more power to act when an employer is found to have engaged in unfair labour practices, Cronk said.

“The legislation changed, but you don’t know the effect of the legislation until real-life situations show us the effect on the ground,” he said. “I would not be surprised to find out employers have not changed the way they’re doing business in opposing union organizing drives.”

“What we’re going to find out now is if the legislation has real life effect when an employer does inappropriately behave beyond the scope of their rights under the code.”

Advocates for secret ballot votes argue that workers may feel pressured to sign union cards. But Charron said in his experience at MEC the organizers’ approach was very low pressure. 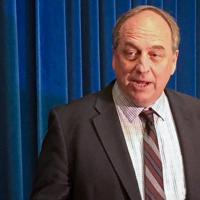 “I always made sure that people did not feel coerced into signing a card,” he said. “It’s simply workers trying to have a say and a voice together and build a more positive workplace in future for themselves.”

Workers at the Victoria store wanted to join the union, he said. “There’s people struggling there to make ends meet and having a hard time and having trouble dealing with some of the inequality they see between head office staff and frontline staff. There was an appetite to try to have a voice.”

Charron said he’d been attracted to MEC because of the values it represents and the experience of the last few months had been disillusioning.

“Here is MEC, this very progressive seeming organization, behaving in the same way as a Walmart or an Amazon towards its workers and in contradiction to its own rhetoric about empowerment and fairness and equality.”

People should know, he said.