Cecil Rhodes’s days of lording over L’École Bilingue Elementary School in Vancouver may soon be over.

Vancouver School Board trustee Jennifer Reddy announced this week that she’ll introduce a motion to remove the Cecil Rhodes nameplate and all other references to the founder of Rhodesia from the school’s property “immediately.”

The motion will be discussed by the school board’s facilities and planning committee on June 19, and school board trustees will vote on the resolution at their monthly meeting on June 24.

From 1910 to 1977, what is now known as L’École Bilingue was called Cecil Rhodes School. Four years ago, a monument in his name was moved from the foot of a school entrance to the school’s basketball court.

Rhodes, a British citizen born in 1853, was a fervent believer in the importance of expanding the British Empire, a project he undertook with gusto in southern Africa. He founded Rhodesia (which today makes up parts of Zimbabwe and Zambia), exploited African people for cheap labour and land and, according to members of the anti-Rhodes movement at Oxford, “facilitated the deaths of hundreds of thousands of black South Africans.”

The article recounted Rhodes’s legacy as a fervent colonialist and father of apartheid in South Africa. It reported that Natalie Morissette, the school principal, and Allan Wong, chair of the VSB facilities and planning committee, were taking a hands-off approach to the issue, putting the responsibility for action on the school’s PAC.

Gwen Floyd, a member and former chair of L’École Bilingue’s PAC, said “in the last few years there was a lot of talk about the sign by parents.”

At the group’s June 2018 meeting, a motion to ask “the VSB to remove or alter (in consultation with the L’École Bilingue community) the Cecil Rhodes sign from the primary playground area” passed by majority.

But no real change happened.

“Unfortunately, like everyone else, we can get caught up in other things and the motion we put forth last June went a bit by the wayside this year,” said Floyd. “We are very happy that Jennifer Reddy is taking it on, and we support the motion to get rid of the sign as soon as possible.”

After hearing from parents and community members, Reddy has taken matters into her own hands.

Reddy argues that removing the Rhodes nameplate is necessary if the VSB wants to uphold its “commitment to acknowledge and address anti-black racism” and other forms of bigotry.

In OneCity’s media release about the motion, Stephanie Allen, director of the Hogan’s Alley Society, argued the removal of Rhodes’s name from the school is even more critical in the midst of ongoing anti-black racism within the school district.

“Black children and their families are repeatedly bringing forward the exclusion and discrimination they feel in the VSB,” said Allen. “It’s past due that schools provide an equitable environment for black students to see themselves positively reflected and that the truth about the violent colonial history of Europe is truthfully told.”

Some members of the school board, including Lois Chan-Pedley, the trustee for L’École Bilingue, advocated for a different response to the nameplate and the controversy it has created.

In response to Reddy’s announcement, Chan-Pedley tweeted, “I’m worried about erasure and pretending our mistakes didn’t happen. Hope we can find another way that may appear less ‘honouring’ to colonial history.”

“Honouring Cecil Rhodes was a mistake,” added Chan-Pedley. “The way to ‘fix’ it isn’t by sweeping our colonial bullshit under the rug. We should be addressing it: ‘this is a thing we did. It was a bad idea. Here’s what we are doing instead.’”

The Tyee tried to interview Chan-Pedley but did not hear back by publication time. 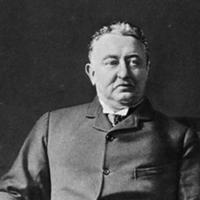 Bacchus, who served as chair of the VSB from 2008 to 2014, was “shocked” to learn that the nameplate had been preserved and is “appalled at the response” from the board.

“When parents raised the concern, the response that they got was that ‘we’re neutral,’” added Bacchus. “That’s an absolute failure of leadership.”

In response to Chan-Pedley’s concerns that removing the nameplate would constitute a dangerous erasure of our past mistakes, Bacchus said, “There’s absolutely no justification for me for having Cecil Rhodes’s name on a plaque on a basketball court with absolutely no context provided.”

Reddy agrees. She hopes that the nameplate will be gone as early as the end of this school year, but knows that facilities staff are busy.