Albertans elected one of the most socially conservative and environmentally hostile governments in its history Tuesday night, handing a majority of seats to the United Conservative Party and electing its leader Jason Kenney as premier.

Experts contacted by The Tyee predicted that rollbacks to LGBTQ rights promised by the UCP during its campaign could lead to court battles, while Kenney’s pledge to abolish Alberta’s carbon tax and accelerate oilsands development sets the stage for fierce pipeline conflicts with B.C. and legal fights with the federal government.

For months, polls predicted that Kenney, a cabinet minister under former Conservative prime minister Stephen Harper, would win a landslide over the New Democratic Party of Rachel Notley that Albertans had unexpectedly elected in 2015.

That was borne out in the results Tuesday night. The UCP won well over the 44 seats needed to form a majority, despite a tightening in polls in recent weeks caused by an almost never-ending stream of controversies from UCP candidates, who at various points in the campaign were shown to have compared homosexuality to pedophilia, scorned proponents of abortion and lamented the replacing of white people by visible minorities.

In the end it seemed voters acted the way pollsters and other observers had predicted all along: by voting in a government that promised to do whatever it takes to get Alberta’s bitumen to the Pacific coast and scrap climate change policies brought in by Notley’s NDP and Justin Trudeau’s federal Liberals.

Kristopher Wells, an international expert on sexual and gender minority youth issues based at MacEwan University in Edmonton, told The Tyee that Alberta currently has some of the best legislation in the world for gay-straight alliances in public schools, which create spaces for LGBTQ students and their allies to be safe and open in their sexuality. The UCP has promised to change the rules so that teachers have the option of informing a student’s parents when they join a GSA.

“Why would we go backwards on that?” Wells said. “It’s sound legislation that was developed out of concern and need by students and teachers on the ground in schools. To roll that back as many have suggested would be to place vulnerable LGBTQ youth at increased risk in their schools.”

Wells continued, “If a UCP government takes steps to change that legislation, I think you’ll see this issue end up in court. Alberta’s privacy legislation is pretty clear: a person’s sexual orientation and gender identity and personal information, regardless of their age, can’t be shared without their permission.”

As Kenney’s UCP and its far-right base pushes for action on this and other social conservative issues, the party will also be moving to dismantle piece by piece Notley’s environmental legacy. Kenney has promised to fight Canada’s national carbon price in court, remove subsidies for clean energy, slow down the phase-out of coal and go after funding for B.C. environmental groups.

“If Kenney wins, be ready for a B.C.-Alberta war,” was the headline of a Tyee piece written earlier this month by Mount Royal political science professor Duane Bratt.

Contacted by The Tyee, Tzeporah Berman, a Canadian environmental activist who is international program director for the group Stand.earth, said Kenney’s confrontational rhetoric won’t bring the benefits many Albertans are expecting — a swift return of jobs and investment in the oil patch — during an era when the world is rapidly shifting to cleaner sources of energy.

“Attacking those that are concerned about the cumulative impacts on our water, on our air, and on our climate as a result of the growth of the oilsands is not going to solve this,” Berman said. “It’s a dramatic overblown shoot-the-messenger moment. No matter how much Kenney attacks civil society groups and environmental groups, it’s not going to make the issue go away.”

She predicted that a UCP government would govern “by anger and fear and not reason or logic or science” and that “this will set us back on climate policy.” Berman, a one-time advisor to the Alberta government on climate policy who frequently critiqued Notley’s stance on pipelines, went on, “While the NDP strategy was far from perfect, at least it was moving in the right direction, albeit slowly.”

The big question now is what impact this provincial election has federally on Canada’s efforts to combat climate change, particularly in the wake of a bombshell federal government report earlier this month which showed that the country is warming twice as fast as the rest of the world.

“Trudeau has been implementing very ambitious and impressive federal climate policies. I cannot name another country doing as much in the last four years. And the climate policy experts I know agree with this assessment,” Mark Jaccard, a professor in the School of Resource and Environmental Management at Vancouver’s Simon Fraser University and global expert on climate policy, wrote to The Tyee in an email. 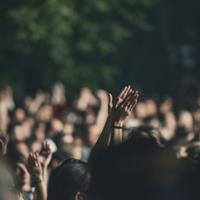 “The federal government’s coal plant phase out policy is huge in this respect. And its combination of carbon tax and clean fuel standard gets us going in transportation,” he wrote. Yet Canada is still likely to miss its 2030 Paris climate targets.

Jaccard argued that even with Kenney in power, “Trudeau needs to push ahead.”

But Jaccard warned that if Conservative momentum continues, resulting in carbon-tax bashing Andrew Scheer becoming prime minister in October, “it looks like another lost decade for Canadian climate policy.”

For now it’s too early to tell. What we do know is that Kenney has promised a fight on social issues and the environment. And he is likely to get it.