When Albertans went to the polls in 2015, the early weeks of the campaign didn’t attract much national attention.

That suddenly changed when people realized that, after 44 years, there was likely to be a change in government. More significantly, it was a switch from conservative parties that had governed Alberta back to the 1930s to the progressive New Democratic Party.

If the 2015 campaign did not initially elicit national news, the election of Rachel Notley sure did. This is why I co-edited a book with Keith Brownsey, Richard Sutherland and David Taras called Orange Chinook: Politics in the New Alberta. When a province shifts parties and, especially, ideological governance for the first time in many decades, it warrants a look.

In addition, the Notley government would enact some of the most radical changes in Alberta politics since the first term of Ralph Klein (1993-1997). This included creating an economy-wide carbon tax, a phase out of coal, raising the minimum wage, introducing legislation to protect farm workers, bringing in significant campaign finance reform and becoming an accidental pipeline advocate.

But this Alberta election, which takes place April 16, is already generating lots of national attention, because the result has significant national implications.

If Notley wins she will continue to be a key ally of Prime Minister Justin Trudeau, likely one of the few premiers who still supports Trudeau’s agenda of a federal carbon tax in exchange for approval of the Trans Mountain pipeline expansion.

In contrast, United Conservative Party Leader Jason Kenney is promising a national unity fight, and not just with the federal government but with other provinces too. Kenney has been promising to end the Trudeau-Notley alliance and has committed to scrap Alberta’s carbon tax, join the court fight against the federal carbon tax and Bill C-69, and hold a referendum on the federal equalization program.

B.C.-Alberta relations have been rocky for a decade. There was a major fight between former Alberta premier Alison Redford (a Progressive Conservative) and former B.C. premier Christy Clark (a Liberal) over the Northern Gateway pipeline. Alberta saw the project as a way to diversify its energy markets, moving away from the United States to get a better price from China and other Asian countries. It expected to reap $67 billion in increased revenues over 30 years.

In contrast, the Clark government, in co-ordination with First Nations across northern B.C. and environmentalists, initially opposed the pipeline. In 2012, Clark laid out five conditions needed to win her government’s support for the pipeline. The most controversial condition was that B.C. would receive a share of the economic benefits of the project.

Ironically, despite their ideological differences there seemed to be a degree of co-operation between the Notley and Clark governments in 2015-2017. In fact, the Clark government reached a financial agreement with Kinder Morgan, the previous owner of Trans Mountain, thus satisfying one of her main conditions to approve the project.

But when John Horgan formed a minority NDP government (with the support of the Green Party) after the 2017 B.C. election, the clash with Alberta returned. Horgan signed an agreement with Green Party Leader Andrew Weaver that included a pledge to use “every tool” to fight the Trans Mountain expansion.

He prepared draft legislation giving the government the ability to limit bitumen shipments across B.C. and asked the B.C. Court of Appeal to rule on its constitutionality. The provincial government also filed or intervened in a number of lawsuits against TMX.

In return, the Notley government temporarily banned the sale of B.C. wine in Alberta in February 2018, introduced legislation that would allow Alberta to stop the flow of oil to B.C. and, when Kinder Morgan threatened to pull out of the project, she convinced the Trudeau government to buy Trans Mountain for $4.5 billion (construction costs would be another $7 billion).

Despite the fact that both Horgan and Notley were from the same party, and that many senior officials had worked in both provinces, there was plenty of divisive rhetoric between Alberta and B.C. over the last two years.

But if Jason Kenney becomes Alberta premier he promises to take the fight and escalate it, in the immortal words of Nigel Tufnel in This Is Spinal Tap, “to 11.” Kenney has promised to “fight back” on behalf of Alberta’s oil and gas sector. A particular target is the B.C. government and environmental groups and some of the Indigenous peoples within the province. 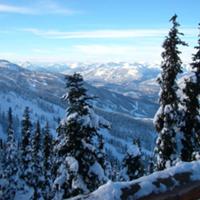 A Plea for Rapprochement Between BC and Alberta

Kenney has promised to “turn off the taps” of oil to B.C. if the government continues to obstruct the Trans Mountain pipeline. He also promises to build a coalition of premiers such as Doug Ford in Ontario, Brian Pallister in Manitoba and Scott Moe in Saskatchewan, which would target the Trudeau government but also isolate Horgan and the remaining premiers.

The previous battles between Redford-Clark and Notley-Horgan would pale in comparison if Kenney becomes premier of Alberta (as looks increasingly likely).

British Columbians need to closely follow the Alberta election. It matters to them.