Beyond the convenience of cheap rides, proponents of legal ride-hailing in British Columbia often note that these services offer flexible work opportunities for drivers.

But drivers in some Canadian cities paint a more complex picture of the work they do for ride-hailing platforms such as Uber and Lyft.

And with B.C. on the verge of opening the door to ride-hailing in the province, it’s important for regulators to know what kind of work such platforms offer, they say.

A legislative committee studying how to regulate ride-hailing in B.C. yesterday released its 11 recommendations, including setting a minimum price-per-trip that is not less than the cost of public transit, which is around $3 for a one-zone TransLink trip.

Meanwhile, as hundreds of Uber and Lyft drivers in Los Angeles, San Francisco and San Diego went on strike this week for higher pay and better working conditions, how do the experiences of Canadian drivers compare?

Peter Sawitzki has been driving for Uber in Calgary since last summer. When he spoke with The Tyee earlier this year, he was happy with the work.

“You’re your own boss, you have all the flexibility,” he said. “You can just turn the app on and off whenever you want. It’s just so convenient.”

It’s a sentiment you hear from a lot of ride-hailing drivers. And it matches findings of a 2018 report by a group of Canadian researchers led by global health researcher Uttam Bajwa.

Bajwa and her team reviewed recent research and other literature on gig economy workers. They concluded the experiences of workers depend on whether they’re doing it out of necessity, or using gig work as an additional, flexible source of income.

“Sometimes it’s a combination of both,” said Bajwa. “A lot of gig workers are super proud of the fact that they’re entrepreneurs, that they’re independent, that they’re running their own business.”

But the work can have an impact.

Gig economy workers experience many of the same health risks as other workers, said Bajwa, but lack the protections of an employer because they’re designated as contractors. What’s more, gig workers experience vulnerabilities specific to the platforms they work for.

“There’s a precarity, the uncertainty of work, there’s the lack of power and protection in your relationship with your clients and your non-employer, the app,” she said. “But there’s also just the sense that you’re constantly performing for your ratings.”

The culture of surveillance fostered by gig work apps, said Bajwa, can be a source of stress. And then there’s the question of money. Bajwa said the hidden costs of gig economy work cut into workers’ pay.

Peter Sawitzki estimates he’s been making around a $1,000 a week driving, on and off, from about 6 a.m. to 5 p.m. from Monday through Saturday. He guesses he might be making around $20 an hour, but he’s not really sure.

“I haven’t really calculated all that yet because I’ve only been doing it six months. I haven’t done my taxes,” he said.

Gas is cheap in Calgary, though, and business is steady during the week. Overall, he’s satisfied.

Not every driver feels that way. Tom works in a creative industry in Toronto and drives for Uber in between contracts.

Tom — who asked The Tyee not to use his real name for fear that speaking out could impact his ability to find work in the future — said driving in Toronto is hard, and he doesn’t earn enough money doing it.

He’s found the best way to make decent money is to get up early. And he means really early.

“I force myself out of bed and I drive from 4 a.m. through the morning rush,” he said. “Because you get these airport runs where you can get a long drive out to the airport with no traffic.”

On the best days, he’ll get two or three airport runs, and then he’ll drive through the morning rush hour and head home around 10 a.m. But the early hours take a toll, and even with this schedule Tom said he’s not earning enough.

“The tricky thing is, humans have a tendency to do hopeful math,” he said. “If you actually really get honest with yourself and factor in all your real expenses that you’re carrying as the owner/operator of the vehicle, honestly you’re making less than $10 an hour average.”

Since ride-hailing drivers are classified as independent contractors, minimum wage laws don’t apply. But some cities are taking issue with that designation.

New York City instituted a minimum wage for app-based drivers this year. The wage came into effect in January and is set at $17.22 per hour after expenses. Lyft is pushing back with a lawsuit, saying the law has had a negative impact on driver earnings.

“With higher prices, the supply of drivers goes up, which can result in fewer rides per driver. When marketplaces experience these adjustments, hourly average earnings typically return to previous levels in about eight weeks,” the report states.

Uber knows some drivers are dissatisfied with their pay and working conditions. The company says it’s working to improve the working experience.

But Uber also says the more involved it is in the protection of drivers, the more likely it is that drivers will be seen by governments as employees rather than independent workers, putting at risk the independence and flexibility that some drivers value.

But the classification of ride-hailing drivers is already under intense scrutiny around the world. In December, judges in the U.K. dismissed an appeal by Uber to overturn a ruling that drivers should be classed as employees rather than self-employed contractors.

In Canada, the Ontario Court of Appeal ruled in January that a proposed class-action suit filed against Uber by drivers would proceed. The ruling will allow a Canadian judge to decide whether ride-hailing drivers are misclassified as contractors or whether they should be treated as employees and thus be protected under employment standards laws.

Ride-hailing companies insist that the way they operate gives drivers what they want most: flexibility.

“Many drivers fit driving in around a full-time job, going to school or taking care of loved ones. Our goal has always been to empower drivers to get the most out of Lyft, and we look forward to continuing to do so in Canada,” said a Lyft spokesperson in an emailed statement.

Uber says instead of setting minimum hourly rates for ride-hailing drivers, workers would be better protected by policy reforms that reflect the current state of work. Those include protections such as portable benefits — a government benefits and pension program that would be tied to the worker rather than the employer, ensuring access for independent and self-employed workers. 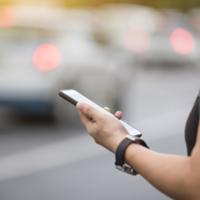 Ride Hailing Is Coming, but Who’s Protecting Drivers from Exploitation?

The B.C. government has introduced legislation that will likely allow ride-hailing in the province by fall. Transportation Minister Claire Trevena has said the legislation does not consider the drivers’ relationship to the platforms they use — that aspect would be covered under labour legislation. The Tyee requested comment from the Ministry of Labour in mid-February and again in early March, but received no response.

“What I would like to see is a better effort to collect data on this, and not just data looking at, say, the effects on the taxi industry but actually on who’s taking part in this and understanding what this economy actually means,” she said. “I think that sets you up to be responsive to the changing needs of the population.”

Amit Singh, Uber’s head of public policy, said ride-hailing offers access to work to people who otherwise might not be able to get into the labour market.

“For example, it’s actually very hard for you to get a job that fits around your family obligations, that’s completely flexible in ways you have control over your work,” he said.

Driving for ride-hailing platforms also works well for people who otherwise might be left out of the labour market, said Singh, such as people who are deaf or hard of hearing.

The company says it provides an opportunity for people to maximize their income by working extra hours. Ride-hailing work, says Uber, can also tide a person over in between jobs or allow them to maintain an income while in school.

Recently, Peter Sawitzki has changed his mind about driving for Uber. He said last week that he’s decided to give up driving and take a full-time job instead. He’ll make more money and have benefits, he said. Plus he won’t put so much wear and tear on his new car.

“I think Uber is good as a part-time gig,” he said. “But not full-time for me anymore.” 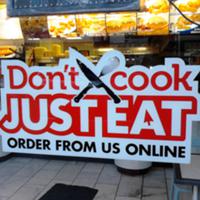 Tom knows he needs to figure something else out, as well. Driving for Uber, he said, is not working for him. “Uber is good if you don’t need it,” he said.

It’s good for retirees who want to do a little part-time work, he said. Or people who want to pick up a passenger to share the costs of a commute.

“It’s good if it’s like a hobby,” he said. “It’s not a sustainable economy for people to be using it as their full-time work.”

He said people should know that before they buy a new car and a new phone to get into the business. “And cultures need to know this before they approve it coming into their communities,” he said.

He can see the benefits of ride-sharing. When he first jumped in Ubers and Lyfts as a customer, he loved the convenience, the cost and the overall experience.

“But when I actually look with my analytical brain at what’s happening to the world and to the industry and to the economy and to the culture,” he said, “the gig economy is a really shitty fucking thing.”