If governments were doing their jobs, a Skip The Dishes food delivery driver wouldn’t have to sue for basic employment rights.

Charleen Pokornik, who started driving for the company in Winnipeg two years ago, says the company is wrongly claiming the drivers are independent contractors, not employees.

That means they aren’t entitled to the basic rights and protections employees get — minimum wage, vacation and overtime pay, severance and, significantly, the right to form a union and bargain collectively.

Pokornik is seeking court approval for a class action lawsuit on behalf of drivers.

It’s an issue that goes far beyond Skip the Dishes, a Canadian startup that was sold to Just Eat, a British-based food delivery giant, in 2016.

Increasingly, jobs have been changing — and generally for the worse. More part-time work, more people on short-term contracts instead of permanent jobs, and more people scrambling to earn an income through self-employment.

Skip the Dishes — like Uber and an expanding number of similar app-based businesses — is contributing to an erosion of workers’ rights and ability to bargain the terms of employment. They’ve been good at branding their business model — remember the “sharing economy” enthusiasm?

But really they’ve found a way to sell a service while avoiding employment laws and taking advantage of people who have few work options.

A decade ago, a restaurant would have employed a delivery driver. The pay would have been low, but at least minimum wage, and overtime pay and other basics would have been guaranteed under employment law.

Companies like Skip the Dishes dodge all those requirements. Delivery drivers are independent contractors, the companies claim. That means no protection under employment standards legislation or labour codes. As a result, drivers report earning less than minimum wage. (Just Eat CEO Peter Plumb receives a $1.2 million base salary, plus up to $4.2 million in bonus and stock.)

The proposed class action lawsuit would challenge the claim the workers are independent contractors.

It’s hard to predict the outcome. The rules for determining whether someone is an employee or contractor have been in place for decades, and in B.C. were last reviewed 20 years ago.

The summary also notes: “The Act is intended to protect as many workers as possible. When deciding if a worker is an employee or an independent contractor, one of the main questions to ask is ‘whose business is it?’”

And this is clearly Skip the Dishes’ business, not Charleen Pokornik’s.

Skip the Dishes has a 2,600-word courier agreement new drivers must accept, and it’s almost entirely focused on confirming the contractor relationship. It also attempts to bar drivers from organizing. “Any claim you may have must be brought individually… and not as a representative plaintiff or class member, and you will not join such claim… or participate in a class action lawsuit, collective or representative proceeding of any kind.”

“It seems that we need more clarification,” Sean MacDonald, a professor at University of Manitoba’s Asper School of Business, told the CBC. “There’s a lot of curiosity how this will all go down, because it will affect a lot of the players in the gig economy.”

MacDonald is wrong. We don’t need more clarification. We need governments to change the laws to protect workers in a changing economy.

It’s not surprising that Uber, Lyft, Skip the Dishes and others have seized the opportunity. They have found a way to make money by meeting consumer needs while exploiting weaknesses in labour laws.

The industry argues it offers workers the chance to choose their own hours. Companies tout the independence of workers and argue their model allows people to work around demands of a full-time job or family responsibilities.

But the reality can be different. New York City has just decided to freeze the number of drivers for taxis and app-based ride services and set a minimum wage. That was based in part on a study that found about 60 per cent of app-based drivers were working full-time and 90 per cent were immigrants. About 85 per cent were making less than the proposed wage the city council had set, linked to the state minimum wage. 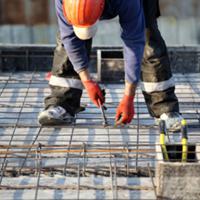 Across the U.S., a study found Uber drivers were paid about US$9.21 an hour on average after expenses, less than minimum wage in many cities where they operate.

The whole purpose of employment standard laws and labour codes is to level the playing field and balance the power of workers and employers. The rules establish minimum standards, based on social, economic and political consensus. They allow workers to organize to increase their bargaining power. They ensure the most desperate or vulnerable are protected from exploitation.

But in B.C. and across Canada, the rules are badly outdated.

The issue isn’t about whether app-based companies should exist. It’s about ensuring basic workplace rights are not undermined by their business models. Doing that might make them slightly less profitable, but it doesn’t threaten their existence.

And it would mean people like Charleen Pokornik don’t have to take on corporate giants in court to get a fair deal for workers.