Jean Swanson issued a challenge to her fellow Vancouver city council members as they met yesterday. Spend some of the millions gathered from the empty homes tax to get homeless people camping in Oppenheimer Park out of the cold and into hotel rooms.

“If we have the political will, we can do it. We have $20 million from the empty homes tax, we have $5 million from [Community Amenity Contributions],” COPE party member Swanson urged. “I’m sure the money is there. It depends on what our priorities are.”

Swanson’s motion, which she and supporters called the “bare minimum” to combat homelessness in Vancouver, directed the city to rent a hotel or motel for those camping in Oppenheimer Park, in partnership with BC Housing. It also directed the city to implement a warming station, 24-hour washrooms and storage for campers’ belongings.

Council nixed the idea of renting a hotel in favour of focusing on longer-term solutions. The rest of the motion passed unanimously.

In February, as snow blanketed the park in Vancouver’s Strathcona neighbourhood, up to 100 people were living in about 48 tents according to the Carnegie Community Action Project.

Around 20 people gathered at city hall in support of Swanson’s motion on Wednesday, many staying more than four hours to hear every speaker address council.

Caitlin Shane, a staff lawyer specializing in drug policy at Pivot Legal Society, called for the motion to be passed as a “good faith effort to address the housing crisis” as many of the councillors promised in their campaigns.

Shane noted tent cities in Maple Ridge already provide warming tents and washroom facilities. “If this isn’t moved, Pivot struggles to believe council cares about the homeless,” she said, as cheers erupted from the balcony behind her.

Nathan Crompton of the Vancouver Area Network of Drug Users (VANDU) urged council to implement a warming station that is peer-operated.

“Peers know each other best, and they respect each other the most, because of the community that they built,” Crompton said. Peers working to maintain stations should be paid with stipends or grants, what he called “incredibly small offerings” from council.

All speakers stressed the importance of 24-hour washroom facilities. Fiona York of the Carnegie Community Action Project described the challenges of walking multiple blocks to use a bathroom, at the risk of having all your belongings stolen.

Elli Taylor, a communications assistant at the Carnegie Community Action Project described to council her personal experience of homelessness.

“I challenge you to come and spend the whole night outside,” Taylor said, who recently acquired accommodations. “Walk a mile in my shoes.”

Taylor described fighting for survival from dawn to dusk, hunting for a new place to sleep each night and only occasionally having access to showers.

“Since we have no walls, home is where our heart is, just like yours,” Taylor said, imploring her audience to “be the innovative council I know you wish to be.”

“I’m having a hard time understanding why we would rent a hotel for the people in Oppenheimer Park when there are so many people who are homeless… who are in need,” said Green party councillor Adriane Carr, the largest vote-getter in the last election.

“I do not want to send a mixed message to BC Housing,” she said. “I think the temporary modular housing is so good, we need more of it.”

In approving the heated tent warming station, washrooms and improved conditions at Oppenheimer Park, council reinforced a decision by the Park Board Monday evening.

Park commissioner John Irwin, who introduced the motion, said it generally costs more money to leave people homeless than it does to provide them a home. “The Metro Vancouver’s Regional Homeless Task Force estimates that it’s around $55,000 in tax cost for a homeless person compared to $37,000 to house them.”

Irwin is a member of COPE, as is commissioner Gwen Geisbrecht, who said, “We are in the middle of a crisis and we’re in a crisis that is multi-levelled, multi-faceted and will take multi-levels of approaches to heal it. But in the meantime, we’ve got people sleeping rough outdoors. For whatever reason that works best for those people they have chosen to be in Oppenheimer Park, that is where they would like to stay and that is where they need to be supported.” 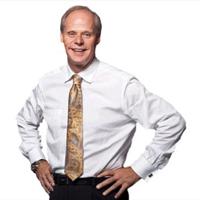 ‘You Need More People Like Me,’ Says Mayor Who’s Known Homelessness and Addiction

Compared to the rest of Canada, Vancouver’s rental prices are among the highest, and vacancy rates the lowest.

Earlier this month, council voted to keep eight temporary homeless shelters open after their scheduled seasonal closing March 31. Three will be open 24 hours. Capacity is full for the city’s 940 permanent shelter spaces, according to a city press release.

Many of the speakers at last night’s council meeting said shelters are not only crowded, they aren’t accessible to many homeless people because they require abstinence from drugs or alcohol, ban pets, do not feel safe for trans people, and people often can’t bring their partners with them.

In the end, council passed a partial version of Swanson’s motion, including an amendment by Boyle to provide more peer-run services. But for now, the campers’ tent fabric is all that separates them from temperatures expected to dip below four degrees tomorrow night.

Swanson made no secret she was underwhelmed. “I have to keep reminding myself, after 45 years of doing this, you never get everything you want,” she said after the meeting. “What we need is housing, and we got 24-hour access to pee.”