The Tyee has obtained more in-house communications whose contents raise questions about whether Torstar and Postmedia knew each company intended to close newspapers it acquired in a blockbuster swap last November — a potentially illegal activity.

The Competition Bureau is investigating the deal, which saw the two Canadian media giants exchange 41 papers and then close 36 of them causing 291 people to lose their jobs. Tuesday the bureau made public it is probing whether the swap violated conspiracy provisions of the Competition Act, which carry the most severe penalties under the Act, including prison time. No one has been charged and no wrong doing has been proven, the bureau stressed.

On Tuesday The Tyee revealed it had obtained termination notices issued by Postmedia to three of its workers the day of the deal announcement, Nov. 27, 2017. Each said Postmedia had been informed the new owners of their newspapers, Torstar and its subsidiary Metroland, “Would not require your services.”

The dismissed workers’ newspapers were closed after the deal went through.

In timing and message, the pink slips were similar to one handed to John Hammill, an earlier whistleblower who was a regional sales manager for Postmedia’s Ontario newspapers in Orillia, Barrie, Collingwood, Bradford and Innisfil. On the day the deal was announced, all five papers moved to Torstar ownership, their closing was announced, and Hammill was fired by Postmedia. Hammill wondered how the two companies could maintain they’d been in the dark about each other’s plans, so forwarded his termination notice to the Competition Bureau, which considers it evidence in its probe.

Torstar has maintained, “We are confident that we conducted ourselves legally, ethically and in the long-term interest of the markets we serve.”

Today, The Tyee adds another piece to the who-knew-what-when puzzle, an email sent to all Torstar staff from President and CEO John Boynton at 10 a.m. Nov. 27, 2017 explaining the deal that day with Postmedia.

The letter (reproduced at the bottom of this story) names all the papers shifting to Postmedia ownership without stating any will be closed. It does say, “Approximately 200 Metroland and 50 Metro staff will be affected by the sales to Postmedia. The employees will receive severance packages.” In fact, 244 Torstar employees lost jobs when Postmedia acquired and then folded the papers where those people had worked.

A former employee of Ottawa Metro, which was owned by Torstar and transferred to Postmedia and then shut down, told The Tyee that he and fellow workers received, three days in advance, notice of an all-staff meeting scheduled at 9 a.m. on Nov. 27, 2017, when the deal was announced. The Tyee has seen the email. At that meeting, the source says, he and other staff were let go.

‘Their theory is going to be this is a sham merger’

The Competition Bureau faces a steep task in attempting to prove a criminal conspiracy occurred in the crafting of the Torstar-Postmedia deal, said Michael Osborne, partner at Cassels Brock law firm specializing in competition law and editor of Canadian Competition Law Review. Under the Competition Act, the crown would need to prove beyond a reasonable doubt that there was an agreement between competitors to fix prices, allocate markets or restrict output, Osborne explained.

“Their theory is going to be that this is a sham merger, and that this is really some kind of market allocation or output restriction agreement to close a bunch of newspapers in each other’s markets,” he said.

On Tuesday, the Competition Bureau announced it had obtained a court order to interview one former and five current Torstar employees under oath. They are: 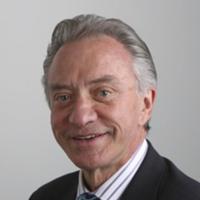 Those witnesses are constitutionally protected from being prosecuted using compelled testimony that is self-incriminating. However each could help build the bureau’s case by providing evidence to bring charges against another, Osborne said.

Osborne, as a close observer of Competition Bureau enforcement over the years, noted that interim commissioner Matthew Boswell, appointed in May by the Trudeau Liberal government, may be signalling a more aggressive approach than his predecessor in combatting monopolistic practices.

“This is certainly a case to watch,” said Osborne.