Is your local bookstore or barber the “highest and best use” for the land it sits on?

You — and the business owners — might think so. But if that bookstore could be replaced with a condo development, BC Assessment would disagree with your own personal assessment.

Neighbourhood businesses from grocers to pubs could be busy around the clock, but if they’re sitting on Vancouver land with development potential that won’t be enough to pay the rising property taxes.

Soaring land values in Metro Vancouver compel condo construction. And small businesses are hit especially hard because standard triple-net leases make them responsible for property taxes. When the land a shop is on jumps in value, typically so does the tax bill.

New businesses and decades-old institutions alike are feeling the crunch. Among the casualties are the beloved outdoor store 3 Vets and the West End’s Dover Arms pub, both of which closed in 2017.

There is often retail space in the new developments. But the displaced small businesses have a hard time returning because they’re competing for leased space with deep-pocketed banks, chains and offices. As a result, the price of entry is much higher on Vancouver streets once known for being springboards for eclectic entrepreneurs.

The province assesses properties based on their “highest and best use,” which ignores the community benefits of small businesses. (The Tyee reported on this as well as the urban design implications here.)

City of Vancouver staff will be reporting to council on possible solutions this April, but we asked a tax expert — who knows both the landlord and assessor’s angles — for his thoughts.

David Nishi-Beckingham is the director of B.C. operations at AEC Property Tax. Previously, he worked 17 years at BC Assessment. (You can hear Nishi-Beckingham and others speak at an event on triple-net leases at the Museum of Vancouver. More info at the end of this article.)

Here’s our full exchange with Nishi-Beckingham on why this is happening and how we can keep our neighbourhoods and small business landscape vibrant. It’s been lightly edited for clarity.

The Tyee: Why would a small business sign a triple-net lease?

David Nishi-Beckingham: That’s pretty much the standard in British Columbia and the commercial real estate world. The whole theory of buying and investing in commercial property is that the tenant pays for all the expenses and landlords get a decent return from their investments.

Many small businesses don’t usually understand what a triple-net lease means until they get the bill a year later. They might have been at a location for several years and get used to the normal increase in taxes. But when there’s a sudden increase in property taxes, it can destroy their business.

The province taxes property according to “highest and best use.” What exactly does that mean?

“Highest and best use” is the theoretical use of the property if it were to be put on the market. Today, a lot of these properties are being assessed based on their redevelopment potential.

The prime example in the paper now is the old Dairyland site in Burnaby. It’s been there for years and years. Dairyland recently sold the property for $209 million and is moving out to a more efficient plant. But this affects the assessments of all of the properties around it. They’ll all increase because of that sale. The Dairyland site will likely be a huge, mixed-use development.

So because older, low-density properties have the potential to become new, higher-density projects, they have to pay more tax?

It will depend on what sort of development the city is interested in. Usually, the Official Community Plan will allow higher density in these properties. As some point, the land value will increase in value so that the raw land is worth more than the current building. The current rapid increase in property values has caused a number of properties to have to pay dramatically higher property taxes.

Back to the Dairyland example. Dairyland is planning on moving out of the area. The properties around this site have been hit with dramatic increases in assessments. Many of the business will not be able to afford the taxes and will close.

Won’t the province’s “highest and best use” method of taxation then always compel small sites to be redeveloped?

So, what we’re starting to see in the face of redevelopment is the hollowing out of small businesses from the city.

We’ve seen a lot of gas stations in the city sell for unprecedented, astronomical prices. Does this mean they’d be paying a lot of property tax because they’re sitting on land with huge redevelopment potential?

Yes, a prime example is the Esso on Burrard and Davie. The amount of taxes they’re paying on that site is approximately $492,000 a year. They’d have to sell a lot of gas to pay for the property taxes.

Let’s say a bookstore in a one-storey building moves into a retail unit of the same size at the bottom of a new tower. Will the store be paying lower rent?

The rent for the new building will most likely be higher. However, the taxes paid in the older building with redevelopment potential will be much higher. We have seen examples in Vancouver where the taxes end up being three to four times what the rent is. You have to sell a lot of books to cover the taxes.

The overall rent and taxes for the store in the redevelopment will end up being higher than what the business was paying before the large increase in assessment with a redevelopment potential valuation.

So we end up in a situation where the new developments don’t have any tenants, because the former business can’t afford the new higher rent.

What solutions can the city offer?

Currently, the city only does land averaging for very large increases in property value — for 2018, land averaging only occurred for properties that increased more than 36 per cent.

What solutions can the province offer?

The province could step in and change commercial property tax assessments from “highest and best use” to “current use.” They stepped in and did this for major industrial properties. That only affected a few properties, but a change for commercial properties would affect a large number of properties. But until this becomes a political issue, they’re probably not going to make any changes. 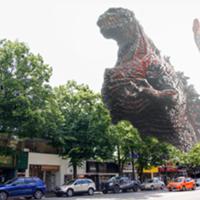 There could also be a change in legislation that would allow exemptions or tax credits for commercial properties with small business in them. For example, have vacant properties valued at the highest and best use, but occupied properties valued on current use. This would be similar to the empty home tax or speculation tax where the properties are rented out are exempted.

What will happen if nothing is done?

We’ll see more empty commercial spaces. It’s all a catch-22. It’s those businesses that create the quality of life that makes Vancouver special, with all those interesting small places to go and see. If they can’t afford to be here, we’re losing what makes Vancouver Vancouver.

David Nishi-Beckingham will be speaking on a panel on triple-net leases and Vancouver’s small business landscape at the Museum of Vancouver on Jan. 31 at 7 p.m. More info here.